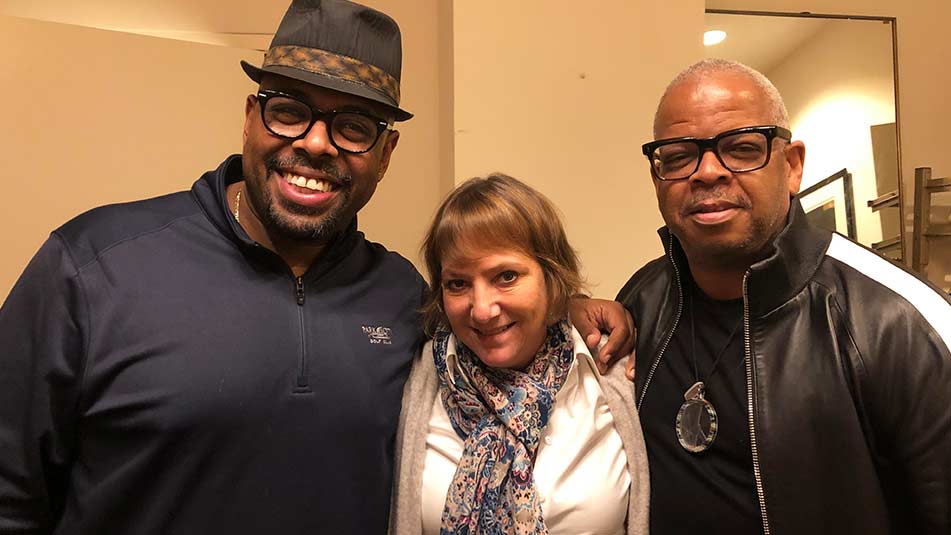 Your gift at this time supports performing artists and ensures that SFJAZZ is ready for a safe reopening. Please consider a donation to the SFJAZZ Community Campaign today.

For Schwartz, it’s the breadth of programming at SFJAZZ that gets her excited. With 450-plus shows a year, it’s non-stop programming throughout the year. “The way we look at jazz: Anything that influences jazz or is influenced by jazz we want to recognize as being a part of the story of jazz,” says Schwartz. “We can book pop, and we can do world music, the blues, or we may do contemporary hip-hop.”

With the committed, open-minded, and large audience that SFJAZZ has cultivated over decades, the organization offers a number of enticing reasons for artists to visit San Francisco and the West Coast. Additionally, SFJAZZ has become a key player in bringing artists to other venues, a process of coordination that starts months to years in advance for Schwartz. “We work with a lot of other venues to schedule artists on a full tour,” Schwartz explains.

Jazz in the Time of COVID: Supporting Artists

The pandemic has been a big blow to the performing arts. “As my boss Randall Kline says, we look forward to gathering around the campfire again at the SFJAZZ Center.” Schwartz works closely with Kline, the Founder and Executive Artistic Director, and leads the programming and coordination of artists from around the world to perform at the Center.

Currently, Schwartz is especially proud of what her department has been able to do to support artists during the pandemic. One of the ways that SFJAZZ has helped artists
financially is through Fridays at Five, which are pre-recorded but newly edited online concerts presented at Happy Hour every week. “It’s a very challenging time for artists because if they don't play – they don't get paid,” says Schwartz. “SFJAZZ has the technology and expertise to record hi-definition video of 80 to 90 percent of the concerts we presented over the last five years.”

'It’s a very challenging time for artists because if they don't play – they don't get paid,' says Schwartz.

The SFJAZZ team works closely with artists to edit the concerts down to 60 minutes. Artists take the time to make a prerecorded welcome and then join in on the YouTube chat live. Says Schwartz, “Audiences get to interact directly with the artists – and people are watching around the world.”

Artists are grateful because the show features a virtual tip jar with fifty percent of donations going directly to the artists and the remainder going to support SFJAZZ artistic and educational programs. Over $250,000 has been raised so far from the tip jar, and counting. “It is really exciting,” says Schwartz. “This is income that artists are getting from a show they already played and even if patrons saw the show live in Miner Auditorium, now they get to see it in a whole new way.”

Additionally, SFJAZZ is asking anybody who holds tickets to a cancelled SFJAZZ performance to donate their tickets. A percentage of those donations go to artists whose shows have been canceled.

SFJAZZ has leveraged its community to help artists in need such as Wayne Shorter, who is facing significant medical bills.

Fostering the Artist and Creativity

Working closely with the artists is a special trait of SFJAZZ. The 37-year-old presenting organization gives artists license to realize their vision, most clearly on display via the Resident Artistic Director program.

The Resident Artistic Director (RAD) program provides selected artists two-year residencies and a week each year to fill the schedule of both SFJAZZ Center stages.

“There are all these magical things that can happen,” says Schwartz. For example, when Rosanne Cash told Schwartz that she wanted to work with Lucinda Williams and Emmylou Harris, Schwartz and her team made that happen for her. “And in the middle of that week, Rosanne came up to me and said, ‘I can't believe I'm going to say this, Lilly, but I want to do something that I said I'd never do – I want to do the music of my father, Johnny Cash.’” Thrilled with the request, Schwartz and the artistic programming team worked to make Rosanne’s dream come true. 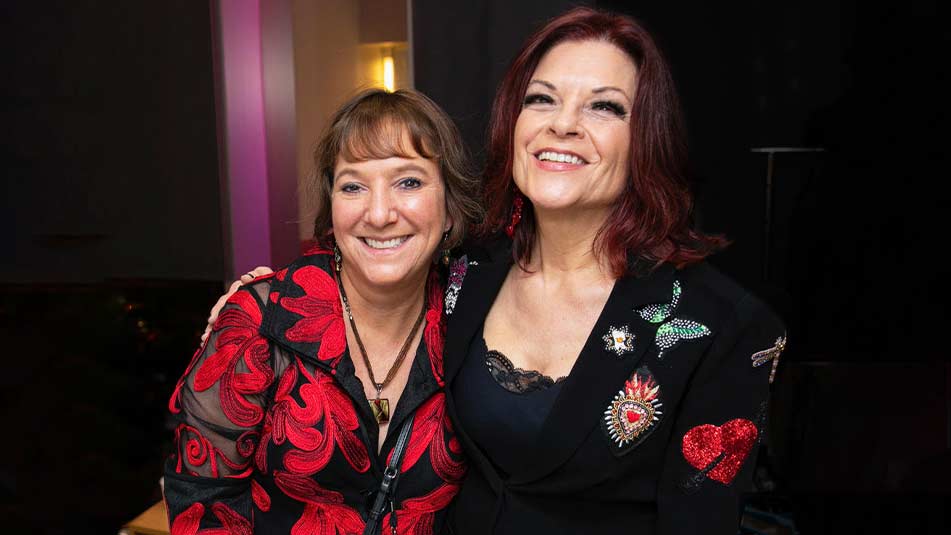 Lilly Schwartz and Rosanne Cash at the SFJAZZ Gala 2020.

That spontaneous creativity also happened with singer Dianne Reeves, who had never performed with famed Cuban pianist Chucho Valdés. Despite the two being on the same record label for years and the label encouraging a collaboration between them, Valdés and Reeves had never found the opportunity to collaborate. That changed when they also happened to serve as SFJAZZ Resident Artistic Directors at the same time. Initially paired as a duet during an SFJAZZ Gala, they insisted on doing a show together the following season.

Member Support: More Important Than Ever

Schwartz knows that this is a crucial time for jazz musicians and SFJAZZ as an organization. There is no sitting still for Schwartz and her team as they need to be ready when doors open again. “We want to be able to open our doors and welcome these artists back, and it takes a long time to program. So support during this time is paramount. I’m so thankful to our Members for continuing to make that possible for us.”

Your gift at this time supports performing artists and ensures that SFJAZZ is ready for a safe reopening. Please consider a donation to the SFJAZZ Community Campaign today.