Safeguarding A Home for Music 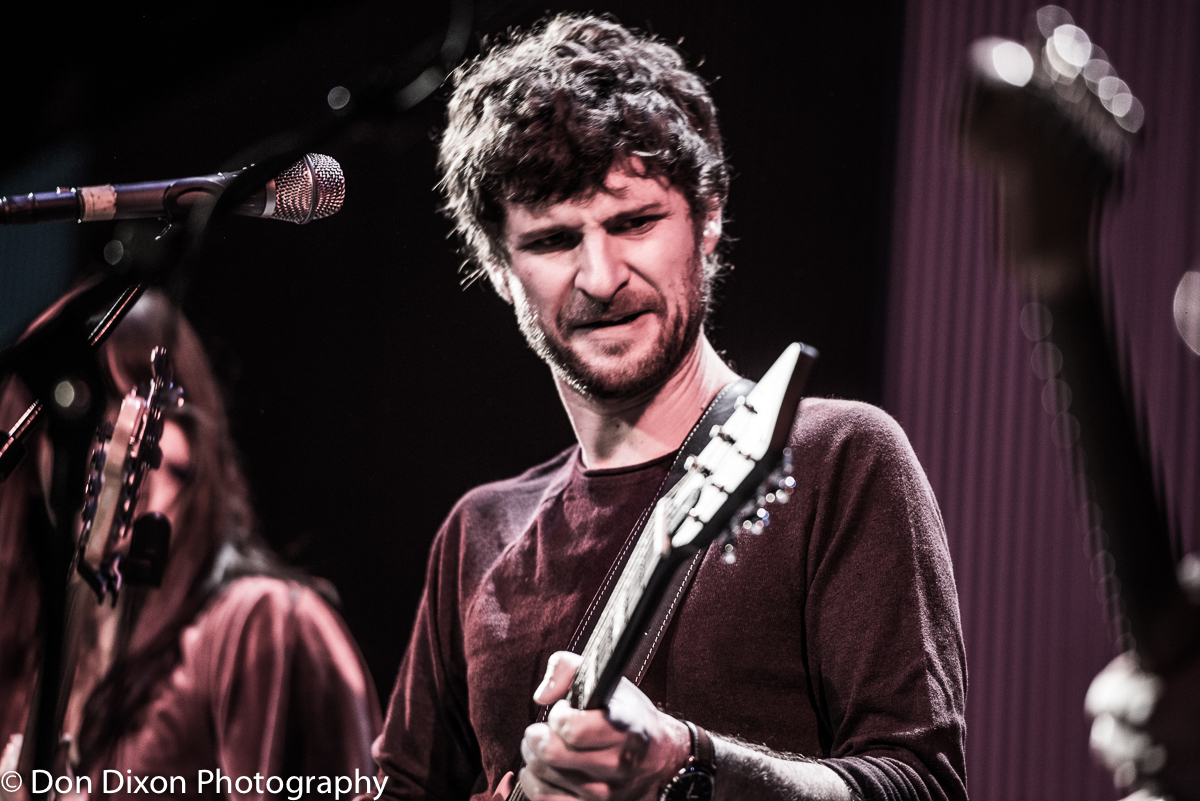 Supporting live arts spaces now is essential, as continuing this into the future will only be possible with an investment today. Please consider a donation to the SFJAZZ Community Campaign.

“My first time at SFJAZZ was in 2015 with Snarky Puppy. Since then, I've played there with Forq, with Bokanté, with Eric Harland’s Voyager, with Banda Magda, and other bands – it's kind of my West Coast home,” says Snarky Puppy founder, composer and, bassist, Michael League.

League guesses he’s spent more time in the SFJAZZ building than he has his own apartment in Brooklyn over the last few years. As a three-time GRAMMY-award winner, he can speak to the importance of SFJAZZ for so many artists and for the advancement of the music, itself.

Whenever one of League’s projects comes to SFJAZZ for a four-night run, he says it challenges him. “We have to do something really, really different – much more different than we normally would do from night to night.” 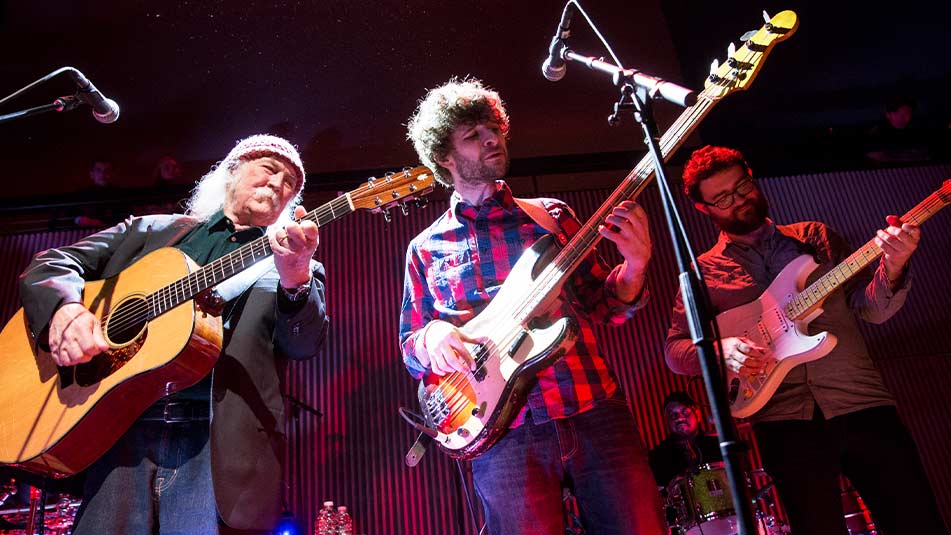 Michael League with David Crosby performing at the SFJAZZ Gala.

Bringing artists to San Francisco for multi-night residencies is ingrained in the culture at SFJAZZ. It serves the artists, giving them freedom and support, and rewards audiences, who get to see the artists stretch their voice.

League says there’s another way SFJAZZ serves the music, by presenting acts that others might not take a risk on to eager audiences. “As an artist, I want to be developing new things and trying new things. And most venues won't be as receptive to that as SFJAZZ will be. So I think that that attitude of bringing in an artist and telling them, ‘Do whatever you want,’ – not only does it inspire us as musicians, it actually challenges us in a big way.”

A Foundation Built On Trust

What makes this possible? League credits SFJAZZ having meticulously developed its Bay Area audience. He describes it as “a built-in audience that is appreciative and knowledgeable about the art form.” And League should know something about that, being the founder of GroundUP, a Brooklyn-based recording label and its companion annual music festival, held in Miami. 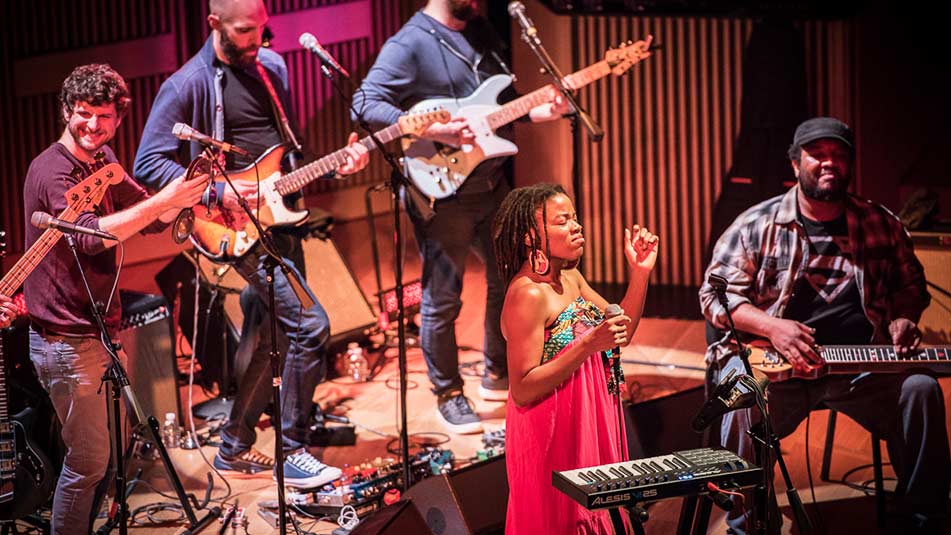 Michael League with Bokanté in 2018.

“The thing that SFJAZZ has done is that they've cultivated trust by being consistent in programming great acts. With SFJAZZ, people are going to concerts of artists that they might not really know much about – or haven't seen before – but they'll go to the gig anyway because they trust that it's going to be cool because SFJAZZ is the presenter.”

Live music presenters possibly face one of the longest roads to recovery from the pandemic. League says that SFJAZZ as an organization and as a venue has done so much for musicians – it’s a treasure he doesn’t want to see slip away.

“It's definitely no secret that right now a large percentage of the businesses on earth are in danger of closing down,” he says. The forward-thinking League envisions a near future scattered with cultural wreckage.

Building a Home for Music Online

League’s group, Snarky Puppy, was one of the first groups to appear on SFJAZZ’s Fridays at Five. The online series, which launched quickly after shelter-in-place began, raises funds for each featured artist through an unassuming but highly active Tip Jar, while fans get to interact with the artists through the chat room. SFJAZZ splits proceeds with artists, thereby sending critical income to jazz artists at a time when many have no other source of support.

“[SFJAZZ] is different, they have a different model. With the virus, they’re shutdown but they’re still rocking it where they show a previously recorded concert with video and audio on their website, with their chat room. They also have a tip jar that people give to the band. And these little touches… ten minutes before the gig went live, they had the sound of an audience before a gig. It got me emotional, simulating this live experience. It’s not the platform that's the important thing but maybe it’s what you’re doing within the platform that’s the important thing.”

League is grateful for SFJAZZ’s unwavering determination to stay innovative and connected to its community. He urges readers for continued support during this time. “You can't just start one of these things out of nothing two years from now. It’s essential and vital that we preserve SFJAZZ to make sure that this art has a home. We need to keep this temple of beautiful art alive.”

Supporting live arts spaces now is essential, as continuing this into the future will only be possible with an investment today. Please consider a donation to the SFJAZZ Community Campaign.