A Music for our Future 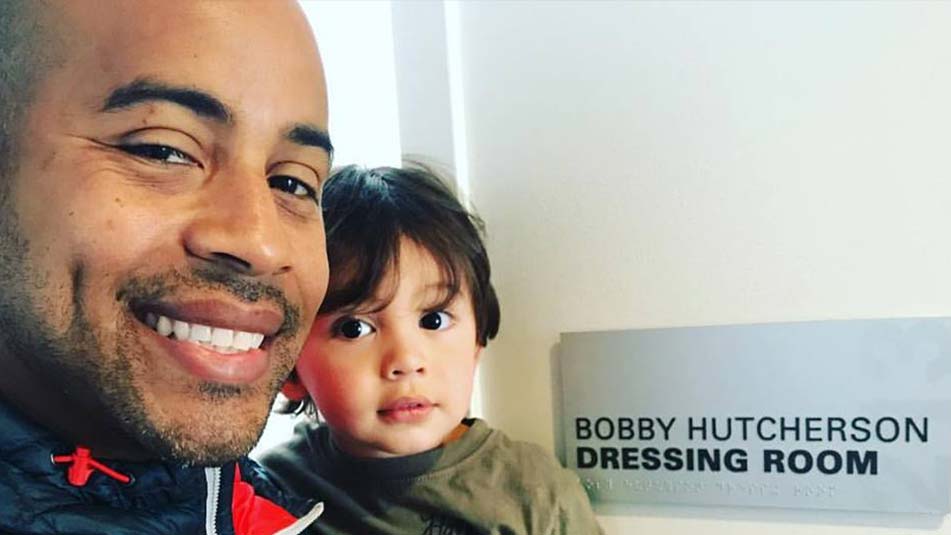 Teddy and his son Bobby James Hutcherson outside the
Bobby Hutcherson Dressing Room at the SFJAZZ Center.

Supporting SFJAZZ now means that the music can thrive for generations to come. Please consider making a gift to the Community Campaign.

Teddy’s earliest memory of SFJAZZ was when he was in first grade, when SFJAZZ presented 'Round Midnight, the film about the 1950s Paris jazz scene in which his father made an appearance.

“I was about six years old at the movie premiere at the Palace of Fine Arts. I remember everyone there, talking about the music, and being very young, not really understanding what was happening. But I knew it was special.”

Teddy Hutcherson is the marketing production manager at SFJAZZ. He’s also the son of Bobby Hutcherson, the iconic jazz vibraphonist and 2010 NEA Jazz Master who passed away four years ago this month (August) at age 75. 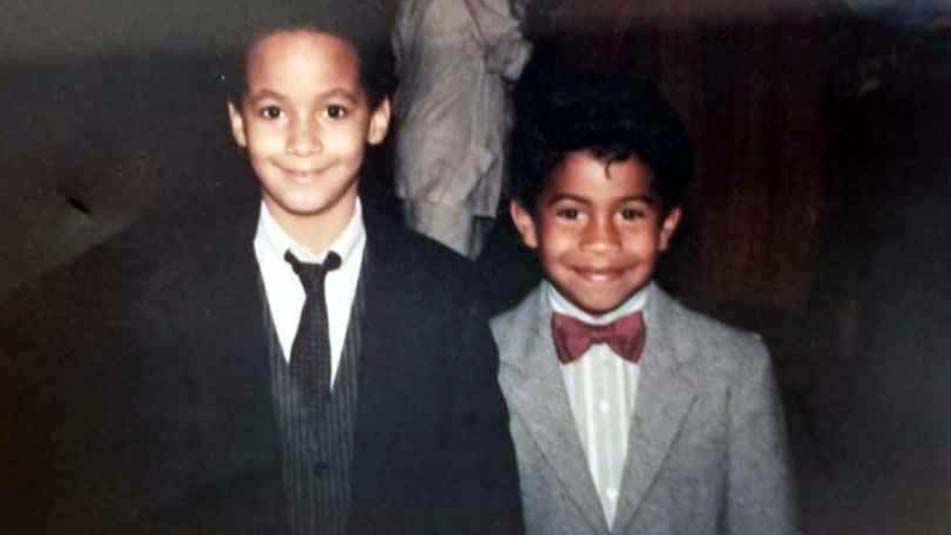 There's a picture [above] from that event of a young Teddy standing next to Woody Shaw III, the son of jazz trumpeter Woody Shaw, who was a frequent collaborator with Teddy’s father.

“I've known Woody my whole life. He'd stay with us during the summers. Being a ‘jazz brat’ and having another jazz brat along for the ride my entire life is something incredibly valuable. We’re not professional musicians, but we found a way to support something that we hold incredibly dear to us.”

Teddy’s family and upbringing is a reminder of how jazz flows like water downhill through the generations in manifold, organic ways. This intergenerational culture is also deeply embedded in SFJAZZ – a distinctive quality of the organization cultivated by its thoughtful approach to artistic programming and longstanding commitment to education. Learning about Teddy gives us a glimpse of just how family and community play an essential part of SFJAZZ’s existence.

The youngest son of Bobby Hutcherson, Teddy grew up in Montara, California, a small coastal town halfway between San Francisco’s Ocean Beach and Half Moon Bay. He now has a young family of his own. He and his wife, also a marketer, live in Teddy's childhood home with their four-year-old twins – a son and a daughter.

Teddy has worked at SFJAZZ since 2006. He describes his job as managing the process of assets coming out of the marketing department to see them into fruition, into radio, TV, newspaper, and online advertising. He started off as an intern in the production department. “My first show was at Grace Cathedral, setting up chairs.”

Before starting here, Teddy was a software tester for a cell phone company. He says, “I just knew that my love for music is where I wanted to be.”

A History of Passing the Torch 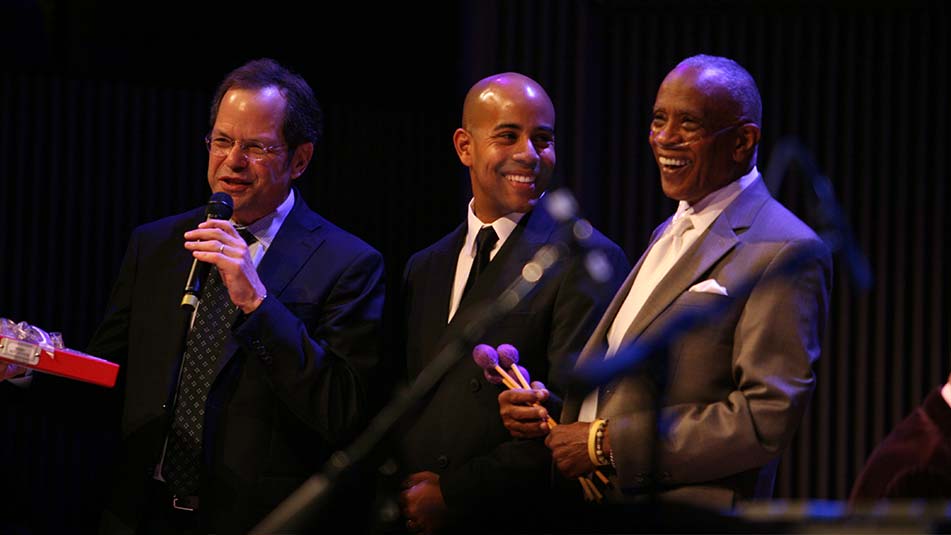 “The SFJAZZ Collective was always something I heard a lot about, hearing my dad talk about how magical it was to work with someone like Miguel Zenón who's a genius. It was something that my dad looked forward to. A lot of the guys who were in the band were educated in school and had these incredible compositions that were like math problems. My dad, he loved the challenge. He came home every day speaking so highly of the band.”

It was also where Teddy’s father became a mentor to up-and-coming vibraphone talent Stefon Harris. “When my dad left the Collective, he felt it was a responsibility to pass the torch to Stefon. And that was something really important to him because Milt Jackson had done that to my dad – that was a very large part of his musical growth.”

“So he felt that he needed to do that for Stefon. He spent a lot of time with Stef, passing on the little secrets that you don't get at music school – things that you need to hear from the elder statesman of the music. For my dad, it was very important to pass the torch to the next guy in the band and take that person under your wing.”

Supporting Now for Generations to Come

Teddy’s children are the family’s namesakes, with his son named Bobby James Hutcherson and daughter Ruby Rose Hutcherson (after Teddy’s mother), so it’s not surprising that music is something that Teddy feels is vitally important for future generations.

“I grew up in the backstage of [North Beach jazz club] Keystone Korner and sleeping in vibe cases. So having my own kids being around the music as early as possible is something very important to me.

“The first concert I ever took my children to was the SFJAZZ Collective Family Matinee. Having an hour-long show that allows children, who typically have a short attention span, dive into something so magical – these concerts allow children to touch and feel instruments on the stage, to be close enough to the artists. They were, at the time, maybe just a little over two – and they watched the whole show!”

Pre-school-age Bobby and Ruby Rose – and many other school-age children – will need SFJAZZ around to keep tending the fire, so that they can benefit from the educational offerings that the organization provides. Meanwhile, SFJAZZ has made its Family Matinee shows available for free online, and will expand its digital programming to children over the next year. For Teddy, this is part of his passing of the torch, much like the way his father did with his fellow musicians.

Teddy wants readers to know that support during this time is necessary for the continuation of a legacy that benefits all generations.

“I’m incredibly fond of the music and it speaks to my family and how I was raised, but everyone at SFJAZZ loves the music. And that’s a reason why I've been in this organization for 14 years. This music is in my blood and it's in my children's blood. And it's important that it continues to be appreciated, and loved and looked-after for my family and for our community.”

Supporting SFJAZZ now means that the music can thrive for generations to come. Please consider making a gift to the Community Campaign.