15 Jazz Piano Albums You Should Hear

15 JAZZ PIANO ALBUMS
YOU SHOULD HEAR 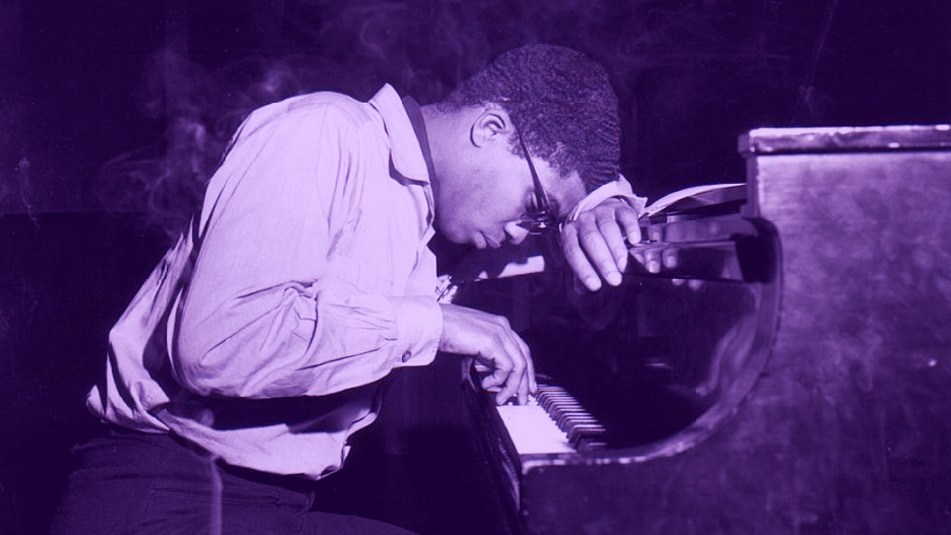 In keeping with our theme of quintessential jazz albums, we present this sampling of some of the music’s iconic piano masters in an array of formats - from solo piano to intimate duos, trios and larger ensembles. As with our previous trumpet collection, this selection highlights a wealth and diversity of stylistic genre, technical prowess, compositional brilliance, and textural innovation. In addition, we also polled several pianists on their must-have recordings, and the results are as broad as one could have imagined. While your favorite might not be on this list, please take comfort in knowing we would have made this collection ten times as large if we could! 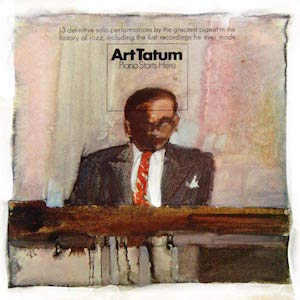 Art Tatum
Piano Starts Here (Columbia, 1968; recorded between 1933 and 1950)
With just two hands, Art Tatum remains unparalleled in sheer technical prowess, harmonic sophistication, and mind-boggling speed. Standout tracks include the ridiculously torrid “Tiger Rag” and the languid “Willow Weep For Me.” From his impeccable stride chops to his inventive renditions of popular repertoire of the time, Tatum is indeed the father of modern jazz piano. 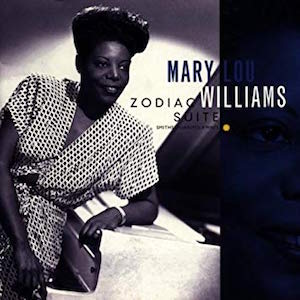 Mary Lou Williams
Zodiac Suite (Folkways, 1945)
Ahead of her time and well-versed in multiple genres, pianist and composer/arranger Mary Lou Williams’ imprint on jazz transcends generation, even to this day. With hits spanning over four decades, Mary Lou collaborated with and mentored some of jazz music’s best-known artists. This suite, composed in 1945 as a 12-part tone poem, dedicated each piece to her fellow musicians born under each astrological sign. 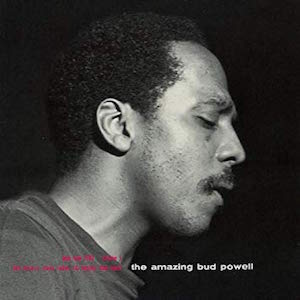 Bud Powell
The Amazing Bud Powell, Vol 1 (Blue Note, 1955)
A highly influential a figure in the post-stride era, Bud Powell was heralded as the “Charlie Parker of the piano.” Mentored by Thelonious Monk, Powell went on to set the standard for the emergent and musically adventurous bebop style. Chock full of treasures including “Bouncin’ With Bud,” “Ornithology” and “Un Poco Loco,” this recording is a must-have for Powell fans. 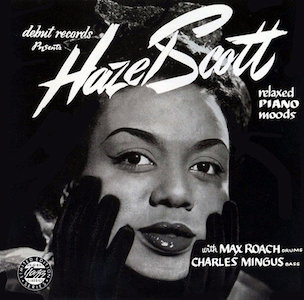 Hazel Scott
Relaxed Piano Moods (Debut Records, 1955)
Hard to find but well worth the hunt, this recording features the brilliant and often-overlooked Hazel Scott in a setting cited as one of the best jazz trios ever assembled, with Charles Mingus on bass and Max Roach on drums. Equally prolific in classical and jazz vocabulary, Scott’s prodigious talent found its way onto the screen as well as the stage. Recorded after a stint in Paris, this lovely trio album highlights her lyrical playing on classics by Ellington, Gershwin and others. 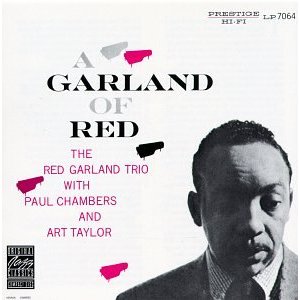 Red Garland Trio
A Garland of Red (Prestige, 1956)
Before making his mark in the Miles Davis Quintet, Garland had already established a distinctive sound through his characteristic use of “block chords.” This trio recording, featuring bassist Paul Chambers and drummer Art Taylor, showcases Garland’s equally masterful approach to lush ballads (the Rodgers and Hart-penned “My Romance” and “Little Girl Blue”), and blazing-fast bebop standards such as Charlie Parker’s “Constellation.” 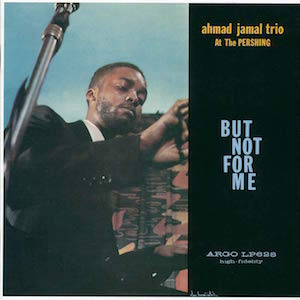 Ahmad Jamal Trio
Live at the Pershing Lounge (Argo, 1958)
Admired by Miles Davis for his “lightness of space” and “concept of touch,” pianist Ahmad Jamal has had one of the most prolific careers of any jazz master at over five decades and counting. This fabulous trio, recorded at Chicago’s Pershing Lounge, includes hard-swinging bassist Israel Crosby and drummer Vernell Fournier. The date features Jamal’s exquisite rendition of “Poinciana” alongside diverse selections including “But Not For Me,” “Music! Music! Music!” (from the musical Oklahoma!), and “I’ll Remember April.” 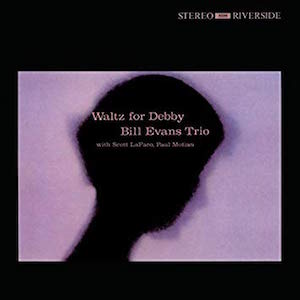 Bill Evans Trio
Waltz for Debby (Riverside, 1961)
Achingly beautiful and heralded for its almost impressionist textures, this second live recording at the Village Vanguard in 1961 retains its legendary status for pianists and jazz fans alike. Evan’s stellar trio with bassist Scott LaFaro and drummer Paul Motian displays moments of delicate introspection, such as on the opener “My Foolish Heart,” alongside a hard-swinging, muscular version of “Milestones,” and two versions of “My Romance” that showcase the trio’s exquisite interplay. 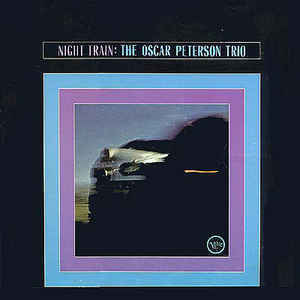 Oscar Peterson
Night Train (Verve, 1963)
One of Oscar Peterson’s most commercially successful outings, Night Train was produced by Norman Granz (also Peterson’s long-time manager), and features bassist Ray Brown and drummer Ed Thigpen. An extraordinary balance of effervescent and laid back standards—including the title track and others penned by Duke Ellington, who referred to Peterson as the “maharaja of the keyboard”—this definitive Peterson recording is a must-have. 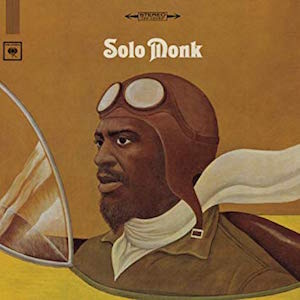 Thelonious Monk
Solo Monk (Columbia, 1965)
Recorded during a West Coast stint in 1964, these solo piano performances evoke the full range of Monk’s pianistic and compositional magnitude—from his formidable stride chops to his inventive, angular and cascading runs. The intensity of his playing on signature originals “Ask Me Now” and “Ruby My Dear” contrasts dramatically with the playful and bouncy “Monk’s Point” and “North of the Sunset.” Monk’s singular ability to transform even the most mundane of pop melodies into something completely unique is exquisitely captured in this solo piano setting. 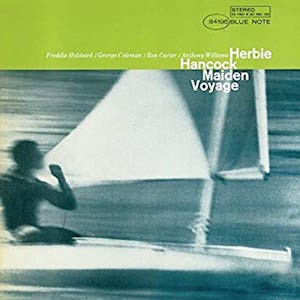 Herbie Hancock
Maiden Voyage (Blue Note, 1966)
Equally groundbreaking and sublime, Hancock’s hard-bop masterpiece cemented the use of suspended chords in jazz from the mid-60s onward, and went on to achieve legendary status with a 1999 GRAMMY Hall of Fame Award. Joined by Freddie Hubbard (trumpet), George Coleman (sax), Ron Carter (bass) and drummer Tony Williams, Hancock and his stellar quintet explore lyrical and textural territory that is at once far-reaching, unpredictable, and entirely accessible. 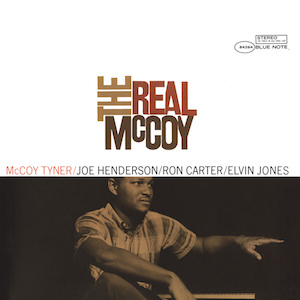 McCoy Tyner
The Real McCoy (Blue Note, 1967)
One of the most influential pianists in modern jazz, McCoy Tyner’s prolific career as both leader and sideman has produced some of the most indispensable recordings in jazz, largely due to his tenure with John Coltrane. Known for his characteristic “quartal” voicings (chords built on intervals of fourths), powerful left hand and percussive phrasing, Tyner assembled a powerhouse quartet for this Blue Note release (his first for the label) with tenor sax great Joe Henderson, bassist Ron Carter and drummer Elvin Jones. A must-have for McCoy fans! 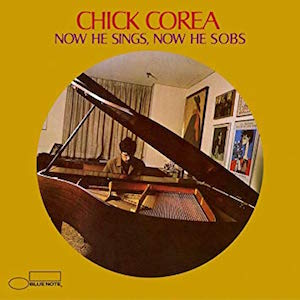 Chick Corea
Now He Sings, Now He Sobs (Solid State, 1968 - reissued on Blue Note)
His sophomore release as a leader, this groundbreaking recording for Chick Corea marked the beginning of a prolific and creative trajectory as both performer and composer. Joined by Czech bassist Miroslav Vitous and drummer Roy Haynes, Now He Sings highlights Corea’s virtuosity, exceptional technique, and extraordinary stylistic range. It might be “cheating” a bit to recommend the Blue Note reissue for its inclusion of additional bonus material, but so worthwhile! 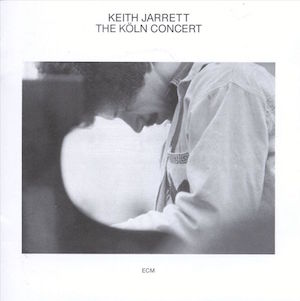 Keith Jarrett
The Köln Concert (ECM, 1975)
This live recording of piano improvisations was, as with its 1973 predecessor Solo Concerts: Bremen/Lausanne, the emergence of a new paradigm in jazz performance. These spontaneous compositions showcase Keith Jarrett’s “unstoppable flow” of revolutionary and lyrical ideas, highlighting the deep intimacy that a man alone at the piano can transmit. At the height of the electrified jazz rock and fusion exploration of the 70s, Jarrett’s solo performances tapped into something akin to a spiritual awakening for many a music fan around the globe. 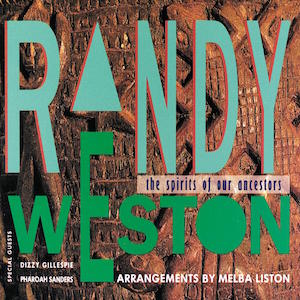 Randy Weston
The Spirits of Our Ancestors (Verve, 1992)
While not a “jazz piano album” per se, Weston’s remarkable tapestry evokes the indelible link to Mother Africa through sonic and textural explorations, expertly guided by longtime collaborator Melba Liston’s arrangements, and featuring a Who’s Who of jazz royalty, including Dizzy Gillespie, Pharoah Sanders, Billy Harper and Dewey Redman. Weston’s deeply spiritual journey to North Africa and back is clearly evident in this melange of trance-inducing grooves, the unmistakable imprint of his mentor Thelonious Monk, and the uninhibited musical conversations that dominate this ensemble work. 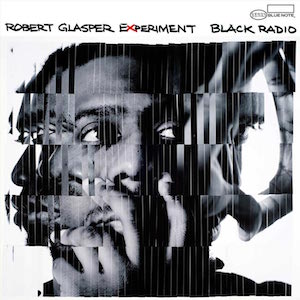 Robert Glasper Experiment
Black Radio (Blue Note, 2012)
Glasper’s bold statement of the power of black music to transcend stylistic era was—and is—a resounding affirmation, straddling (or blurring) the lines between jazz, neo-soul and hip-hop. Featuring a broad palette of source material, densely evocative electronic textures and vocal effects, and a cast of some of contemporary music’s most distinctive and creative artists, Black Radio established Robert Glasper as a worthy ambassador of jazz for the millennial age.

And Certainly Noteworthy…(because 15 is not enough)

And if all this isn't enough, here's a curated playlist, "The Jazz Piano."