Abdullah Ibrahim: A Life In Song

ABDULLAH IBRAHIM
A LIFE IN SONG 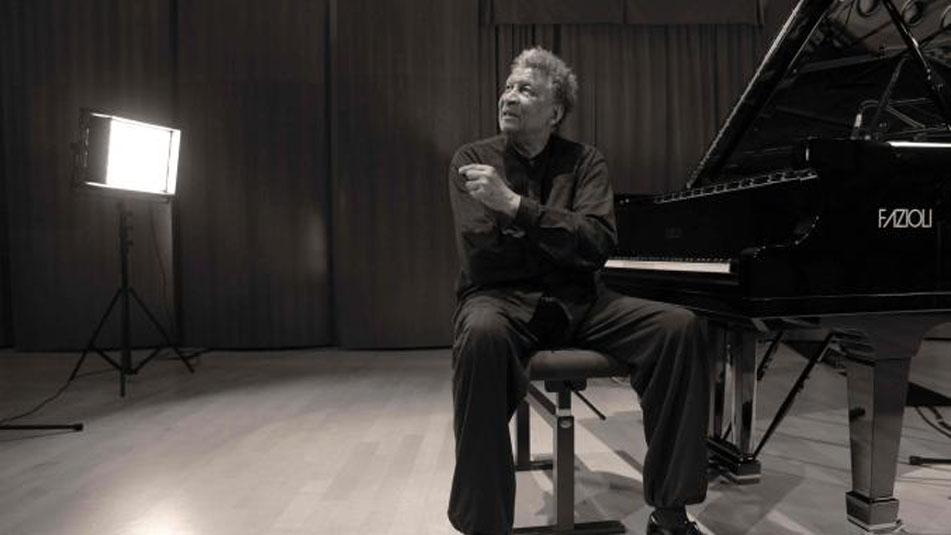 With Abdullah Ibrahim reassembling the iconic Jazz Epistles band for a run of shows at the SFJAZZ Center on February 22-25, revisit journalist Richard Scheinin's profile of the South African legend. The run also serves as a tribute to the late trumpeter Hugh Masekela, who was originally set to perform with the Jazz Epistles. We're fortunate to have critically acclaimed trumpeter Wadada Leo Smith filling in.

Abdullah Ibrahim is fond of saying that his songs tell the story of his life – which would make his life a song.

One story told by this venerable pianist and composer is about his most famous song, “Mannenberg,” named after a black township created under apartheid in Cape Town, South Africa, Ibrahim’s hometown. Historically, the city is a crossroads, a musical melting pot, an African New Orleans. And in June 1974, Ibrahim and his band were recording there amid the government’s forced removals of black and “coloured” families of mixed ethnicity. “It was basically a war zone outside,” he says, recalling how he sat down at an upright piano in a corner of the studio and began to compose “Mannenberg,” which would become the unofficial anthem of the anti-apartheid movement – and which sounds absolutely nothing like music from a war zone. It is pure joy, a celebration: proud music, hold-your-head-high music.

Now 81, he laughs at the seeming contradiction and explains one of his guiding principles. It holds “that softness overcomes the hardness. If you look at water, for example, it is nourishing but it can also be forceful, it can erode what is in front of it. So even in that horrendous system that we lived under in South Africa, we learned from our parents and our grandparents and our teachers that softness will overcome.” 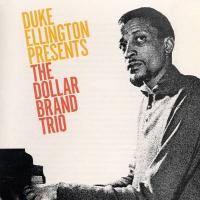 Nelson Mandela called Ibrahim – who performed at Mandela’s 1994 presidential inauguration — “our Mozart.” Decades earlier, Duke Ellington claimed him as a protégé and arranged his first recording contract, hearing Ibrahim’s connection to the root. One hears the drum in Ibrahim’s piano playing, just as one does in Ellington’s and just as one does in that most percussive of pianists, Thelonious Monk, a key influence on Ibrahim. He and Monk share a spirit, an essence. Alone at the piano, each seems utterly absorbed with the spaces that open up and just hang there, as if time could go on forever within the confines of a three-minute song.

There is a voice-like quality to Ibrahim’s compositions, which are deceptively simple masterpieces of craftsmanship. For instance, “Mannenberg” rides on a riff, a seven-note melody that repeats and repeats, adhering to a relaxed if jaunty rhythm. The melody is the rhythm; the rhythm is the melody. And there’s not a wasted note. Ibrahim is a “less is more” composer, though his compositions somehow feel large, timeless, ancient and new, opening onto vistas: African jazz panoramas from a man who grew up in the constricted spaces of apartheid.

Born in 1934 and baptized Adolph Johannes Brand, he springs – like “Water from an Ancient Well” (the title of one of his most beautiful tunes)— from a musical family. His mother and grandmother were pianists in the African Methodist Episcopal Church, and some of his best compositions carry echoes of church hymns. And that’s not all they carry. Because going back to his teen years as a club performer in the Cape Town crossroads, he absorbed so much else: traditional music from much of Africa, along with waltzes and quick-steps, raga and samba, Chinese and Malay music, and the marabi township music that still infiltrates his sound, infectiously melodic and danceable. And of course there was swing and bebop: the black American GIs from whom he bought the latest records nicknamed him “Dollar” Brand, which was how he was known until his conversion to Islam.

Exiled from South Africa in 1962, he met Ellington in Zurich a year later. Moving to New York, he was part of the free jazz scene at its most heavy-duty moment, hanging out with John Coltrane, Ornette Coleman and Cecil Taylor, playing and recording with his soul mate Don Cherry. In 1972, I saw Ibrahim perform with trumpeter Cherry at Coleman’s loft, in a quartet with bassist Jimmy Garrison and drummer Ed Blackwell. Wow. The music proceeded seamlessly, song to song, like a suite: graceful, melodic, a rising prayer, a holy commotion, then moving toward the universal silence that seems to underlie Ibrahim’s music. 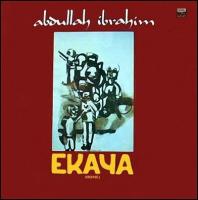 During the 1980s in Manhattan at the club Sweet Basil, Ibrahim often would perform for a week, sometimes for two, with the 7-piece band he calls Ekaya, which means “home.” Almost always, the musicians would go to the well: “Mandela,” “The Wedding,” “Mama,” “African Marketplace” – so many songs, so many stories told. And at the end of a late night set, as the last notes vanished into who-knows-where, the audience would just sit there, stunned to silence by the power of what had just happened.

The cabs were flying by outside on Seventh Avenue South, but all of us had found a sanctuary in the music. We were home.