BEBOP AND THE BEAT GENERATION 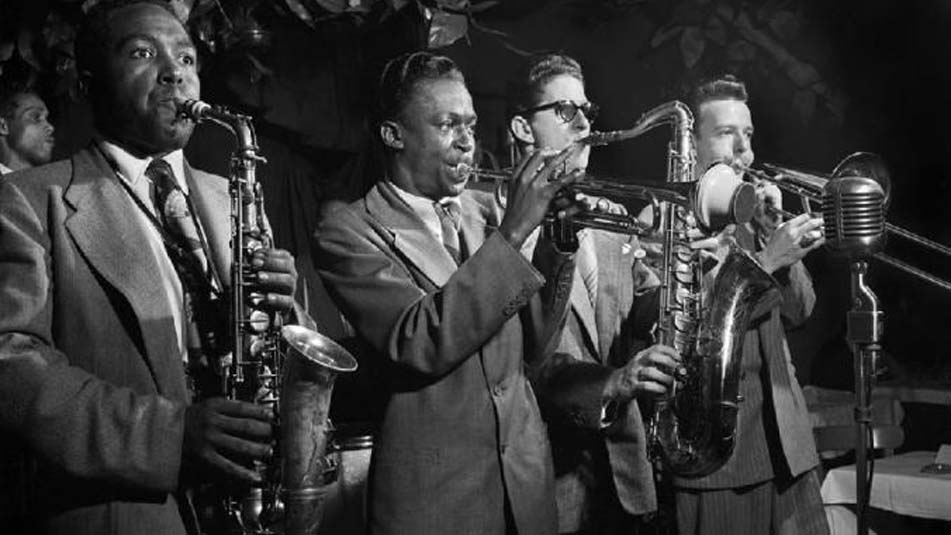 With the 2018 SFJAZZ Poetry Festival: Wordology (curated by SFJAZZ poet laureate Genny Lim) bringing many of the Bay Area's great poets together at the SFJAZZ Center on April 5-8, here's a look back at the link between jazz and the Beat Generation.

Music is reflected in the literature of every era in American history, and the soundtrack, indeed the heartbeat, of the Beat Generation was modern jazz. Specifically, it was the propulsive, adventurous and boundary defying sound of bebop, which had evolved during the early and mid-1940s out of the swing era of the previous decade, that captured the imagination of the Beat writers and their followers. With its concentration on small-group dynamics and solo virtuosity, bebop could be seen as a necessary reaction to big band swing’s stifling rigidity of form and structure. Charlie Parker, Max Roach, Miles Davis, Dizzy Gillespie, Thelonious Monk and other giants provided the rhythm for the work and a model for the lifestyle of the Beats, who adopted the “hep cat” lingo of the musicians and in many cases unfortunately, their taste for heroin, Benzedrine and other drugs.

Allen Ginsberg and Jack Kerouac were known to frequent the after-hours basement jazz clubs of Greenwich Village and Minton’s Playhouse in Harlem, considered to be the birthplace of bebop, absorbing the improvisational spirit of the musicians who performed there. It’s not difficult to see why. The stylistic parallels between jazz and the Beats are clear — stream-of-consciousness poetry mirrored by the freely improvised solos, impassioned prose like Charlie Parker’s ecstatic melodic lines on the alto saxophone, rapid fire delivery akin to drummer Kenny Clarke’s lightning-fast syncopations with pianist Bud Powell — but of course, it runs deeper than the sound.

In jazz, the Beats heard a startling new art form born of innovation and freedom, practiced largely by artists considered to be living on the fringes of society and often involved in crime, drugs and excess. Understandably, music made by one definition of a counterculture that flew in the face of the social and musical establishment resonated deeply with another artistic movement breaking free from literary conservatism. Allen Ginsberg claimed that his immortal Beat cornerstone, Howl, was inspired directly by tenor sax great Lester Young’s classic “Lester Leaps In”, which Ginsberg became aware of through Kerouac’s influence. Arguably one of the greatest contributions to Beat culture and American literature, Kerouac’s On The Road, took specific inspiration from Dexter Gordon and Wardell Gray’s 1947 blowing session “The Hunt.”

Beat poets Lawrence Ferlinghetti and Kenneth Rexroth often integrated live jazz into their readings, and commercial voiceover actor Ken Nordine successfully melded words and the music with his Word Jazz albums of the late 50s, though the link between jazz and the Beat Generation was largely one-sided. Over time however, some jazz artists began infusing spoken elements into their music, notably in the work of bassist Charles Mingus, whose 1957 albums The Clown and A Modern Jazz Symposium of Music and Poetry contained narration, and the incantations in saxophonist John Coltrane’s “Acknowledgement” from his 1965 masterwork A Love Supreme. The blending of spoken texts and music would evolve over the ensuing years with the work of Gil Scott-Heron and The Last Poets, whose influence led to the rise of rap and hip-hop as we know them today.