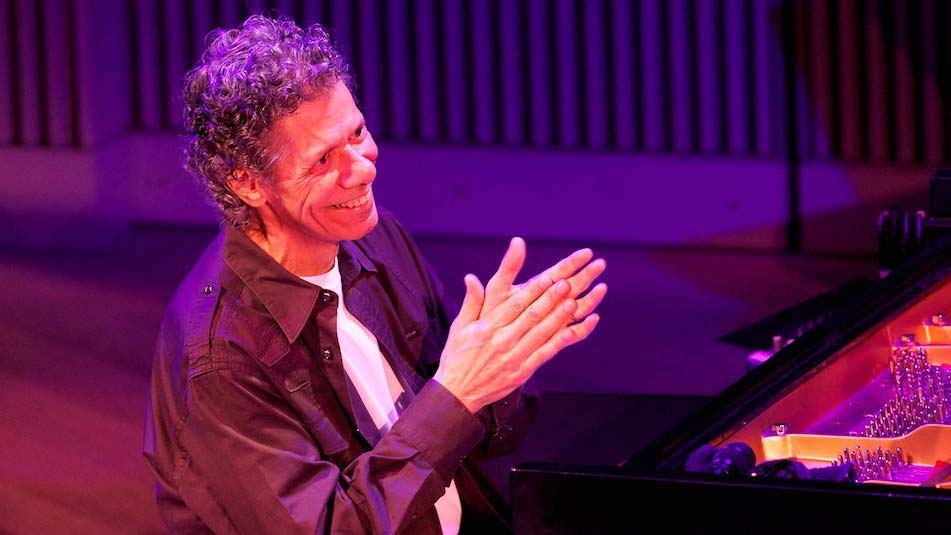 Along with the rest of the jazz world, we are devastated to hear that pianist, composer, and 2006 NEA Jazz Master Armando Anthony “Chick” Corea passed of cancer on Tuesday, February 9 at the age of 79.

Since his emergence on the scene in the early 1960s, Chick was consistently at the forefront of innovation, embracing hard bop, Brazilian jazz, fusion, classical music and the avant-garde, while leaving the mark of his singular genius on all of them. His contributions to the jazz standards songbook is extensive, including the classics “Spain,” “Matrix,” “Windows,” “La Fiesta,” “500 Miles High,” and many others.

Reared in the Boston suburb of Chelsea, Massachusetts, Chick was surrounded by jazz at an early age, beginning piano study at four and performing publicly by eight. His debut album as a leader, Tones for Joan’s Bones, arrived in 1968 (recorded in 1966), followed by Now He Sings, Now He Sobs, a landmark trio session for the Solid State label featuring bassist Miroslav Vitous and drummer Roy Haynes that served as the springboard for Chick’s remarkable career. The album was inducted into the GRAMMY Hall of Fame in 1999.

Since that auspicious beginning, the pianist’s insatiable desire to explore has led to one memorable ensemble and collaboration after another. He was an integral part of Miles Davis’ genre-creating transition to electric music in the late 60s and early 70s before expanding into the avant-garde with Circle and subsequently forming the all-star fusion ensemble Return to Forever.

Chick revitalized electric jazz in the mid-1980s with his hugely popular Elektric Band, and has helmed a procession of stimulating ensembles including the Akoustic Band, Origin, the Trilogy Trio, the Five Peace Band, and The Vigil. His list of collaborators is seemingly endless, and he had a clear affinity for the duo format, working extensively with vibraphonist Gary Burton for over four decades and recording duet albums with banjoist Béla Fleck, vocalist Bobby McFerrin, flutist Steve Kujala, and pianists Herbie Hancock, Friedrich Gulda, Hiromi Uehara, Nicholas Economou, and Stefano Bollani. He was a 23-time GRAMMY winner and received 60 nominations.

Our relationship to Chick runs deep, having presented him in numerous settings over the years including his unforgettable performances with Bill Frisell, Esperanza Spalding, and the SFJAZZ Collective during our Opening Night concert for the SFJAZZ Center in 2013, and a unique “in-the-round” concert with his Vigilette trio in October 2018. We had scheduled Chick’s recent Spanish Heart Band for a July 2020 performance during Summer Sessions, which was canceled due to the pandemic.

His contributions to music are indelible, and we will never forget him.

We offer our deepest condolences to Chick’s wife Gayle and their family.

Here is Chick with our own SFJAZZ Collective during our Opening Night concert on January 23, 2013, performing Edward Simon’s arrangement of Chick’s iconic composition “Spain”: