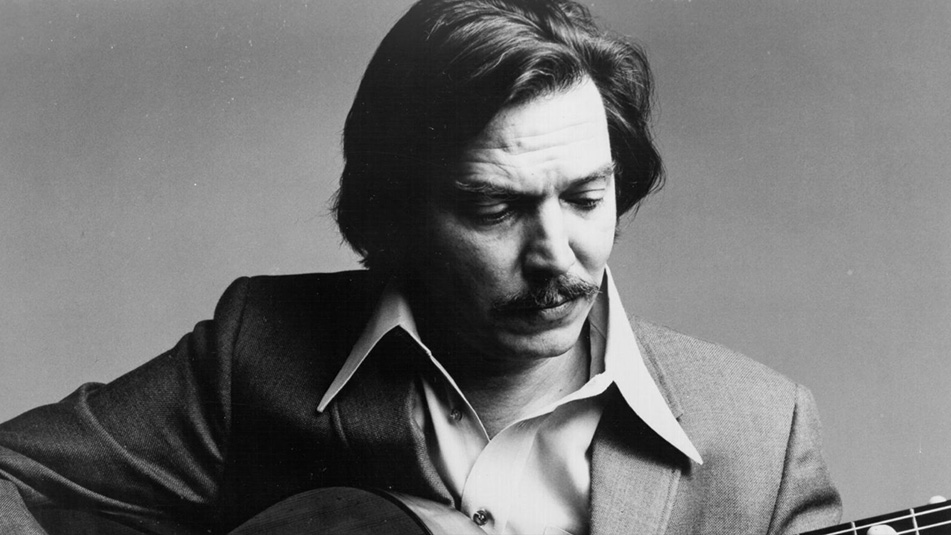 This week's Fridays at Five broadcast takes us back to the 2018-19 Season and the SFJAZZ Collective's week of performances devoted to the music of bossa nova pioneer Antônio Carlos Jobim and original compositions in October, 2019. Here's SFJAZZ staff writer Richard Scheinin'g original preview of that week, which digs into the band's unique takes on the maestro's music.

Vibraphonist Warren Wolf remembers the first time he played the music of Antônio Carlos Jobim. Something went off in his brain: “Wow,” he recalls thinking, “you can actually play music when it’s slow and pretty."

Wolf was seven years old when he had that epiphany. He was a prodigy, mentored by his father, a musician and history teacher in the Baltimore public schools: “My dad was introducing me to different kinds of classic music, including all these tunes with a swing feel — Miles Davis pieces, where everything’s always moving around, fast-paced. But then we’d jump over to the Jobim side and he’d have that cha-cha thing going. Everything was so relaxed and I remember the beautiful melodies. The first one I learned was ‘The Girl from Ipanema’ and I think 'Wave' was another — that’s probably my absolute favorite Jobim tune.”

Fast-forward three decades and Wolf, now 38, is preparing to debut his arrangements of “How Insensitive” and “Chega de Saudade (No More Blues)” — two more of Jobim’s quintessential numbers — as the SFJAZZ Collective embarks on its 15h season with four shows that feature the Brazilian composer’s music. This is Wolf’s sixth year with the band, which — in addition to performing original compositions by its eight members — devotes each season to new arrangements of a “classic” composer. The selection for 2018-19: Rio-born “Tom” Jobim, one of the master songwriters of the 20th century, the man who essentially invented and universalized the bossa nova.

It’s a departure for the group. Founded in 2004 — vibraphonist Bobby Hutcherson and saxophonist Joshua Redman were charter members — the octet devoted its first seven seasons to compositions by strictly jazz composers: Ornette Coleman, John Coltrane, Herbie Hancock, Thelonious Monk, Wayne Shorter, McCoy Tyner and Horace Silver. In 2011, it expanded the field, choosing to arrange songs by Stevie Wonder, and in the years since it has reinterpreted music by Chick Corea, Joe Henderson, Miles Davis — and Michael Jackson.

“But I’m particularly excited about Jobim, being that I’m from Latin America,” says pianist Edward Simon, who grew up in Venezuela and joined the Collective in 2010. This is the first time that a composer from outside the United States has been picked by the band, which includes four other members of Latin heritage: saxophonists Miguel Zenón and David Sánchez, who grew up in Puerto Rico; trumpeter Etienne Charles, brand new to the Collective, who was raised in Trinidad; and drummer Obed Calvaire, who is Haitian-American and from Miami. Jobim’s selection “could open the door to so many other possibilities from that other part of the American continent,” says Simon, who begins, off the top of his head, to compile a list of future candidates: composers Astor Piazzolla, from Argentina; Ernesto Lecuona, from Cuba; and Hermeto Pascoal and Egberto Gismonti, from Brazil. 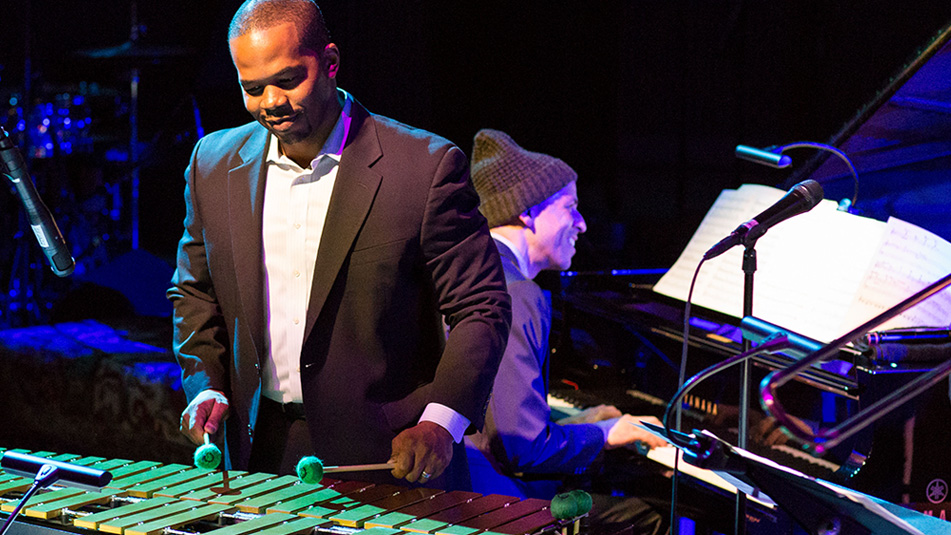 Selecting Jobim, who died in 1994, makes sense for a number of reasons: He was closely associated with American jazz musicians, most notably Stan Getz, and a solid dozen or two of his 400 tunes have entered the standard jazz repertoire: “You just kind of have to know them. Everybody does,” says Simon. But the most obvious reason for choosing Jobim has to do with the quality of his songs: their delicate sensuality, their exquisite melodies and the uniqueness of their harmonies — the way the chords move makes them favorites for improvising musicians. In a nutshell, the songs are catchy — and deceptively simple. Rearranging them demands restraint: “If you’re overwriting his music, there is a danger,” says Simon. “Some of the most beautiful music can be very simple and Jobim is a perfect example of that. Beauty and simplicity: Jobim is the best example I can think of.”

Briefly, he describes the two Jobim numbers he has chosen to arrange.

“Portrait in Black and White” has “all this chromaticism in the melody — super-hard to sing and so beautiful. I’m giving it an impressionistic arrangement. There’s an intro with the horns, but the bulk of the tune will be just piano and tenor saxophone, very minimalistic.” As for “The Girl from Ipanema,” he originally planned to present Jobim’s most well known song as “a nice cool, slow bossa.” But after coming across a YouTube video from the 1979 Montreux Jazz Festival, he changed speeds, literally. The video pairs two of his favorite musicians, Hermeto Pascoal and singer Elis Regina, in an impromptu and “highly energetic” — meaning fast — rendition of the song: “I was so inspired by it, and the arrangement took a different turn,” Simon says. He chose to introduce the melody with an Afro-Brazilian maracatu rhythm — faster than a slow bossa, but slower than a typical samba — and then to move into “a faster bossa, a slight increase of tempo. It’s great to blow over that groove. And then at the end it goes into a samba, so there’s an intensification of the groove throughout.”

Given its ubiquity, “The Girl from Ipanema” is “kind of an obvious choice,” Simon admits. “So that was the challenge for me, to figure out a way to do it that’s fresh, that’s refreshing and offers a new perspective on the piece. And in a way, that’s what the SFJAZZ Collective is really about. It’s not really a retrospective kind of group. It’s about offering a new, fresh contemporary perspective on whatever repertoire we choose to play.” 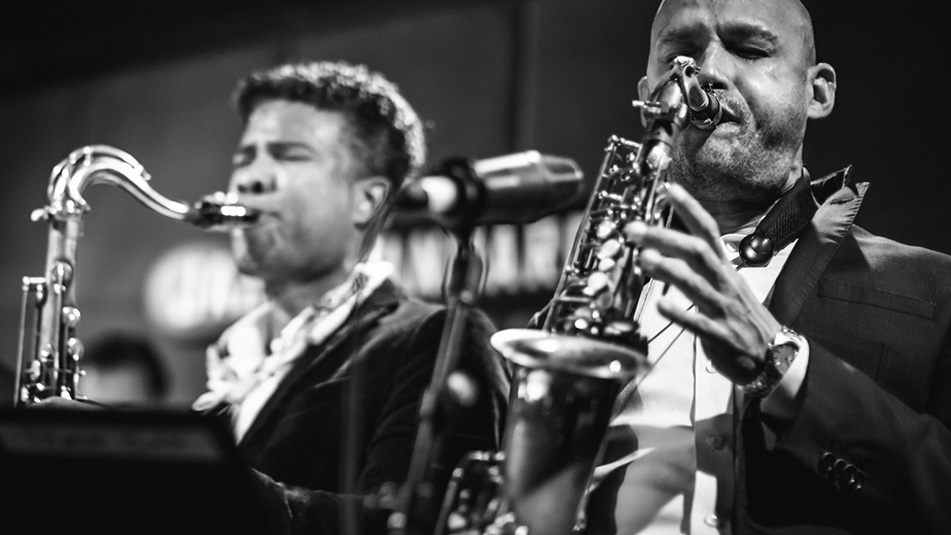 Alto saxophonist Miguel Zenón — a founding member of the Collective — calls Jobim’s selection “a long time coming.” He recalls being drawn simultaneously to jazz and Jobim as a young music student: “Probably around 14 or 15 years old,” he writes in an email. “I remember playing tunes like ‘Wave’ and ‘O Morro (Não tem Vez),’” another gorgeous number. It is a song of pure uplift, covered through the years by dozens of artists including Regina, Getz and Luiz Bonfá, Sérgio Mendes and even Arcade Fire. As a teenager, says Zenón (who will leave the Collective after the coming season), learning Jobim tunes was a no-brainer: “It just felt good to play his music.”

Jobim “encapsulates the whole Brazilian sound,” says trombonist Robin Eubanks, who joined the Collective in 2008. Having traveled repeatedly to Brazil — with Art Blakey and the Jazz Messengers, with the Dave Holland Quintet and with other bands — Eubanks finds that “the music is integral to the culture there. I played a few years ago at an international percussion festival in Salvador, Bahia, and it was unbelievable. At the end, there was one horn playing — me — and like a hundred drums, and we were walking through the streets while we played. It was crazy, and so beautiful for me to see how the music permeates their society and their life. And in a way, I think Jobim defines it.” Like being in Brazil, like spending a day on some beautiful beach there, Eubanks says, “His music just kind of sucks you in.” 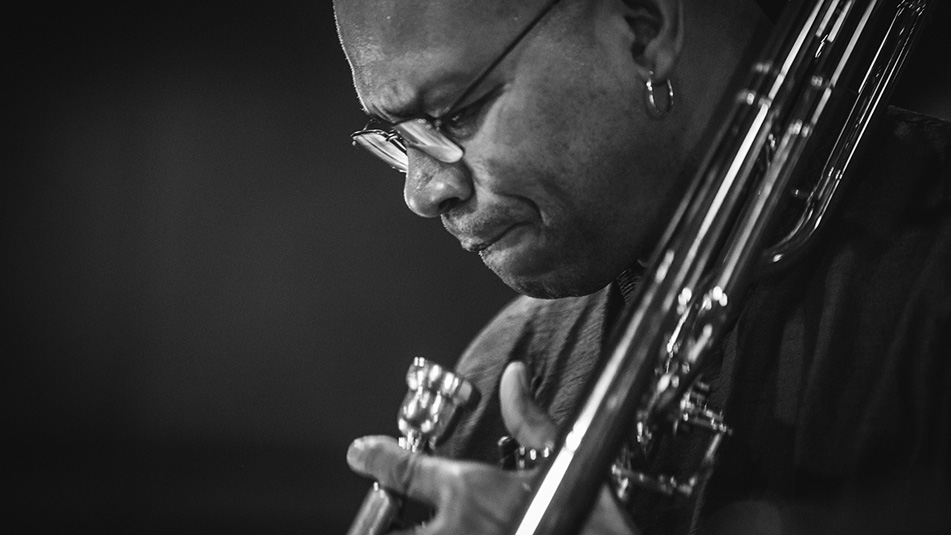 Not surprisingly, when the time arrived for the Collective’s members to divvy up Jobim’s tunes, there was some competition. Wolf describes the moment: “It’s kind of like if you had a grab bag with all of Jobim’s titles and threw them up in the air — whoever gets there first, you’re going to grab it.”

Zenón grabbed “One Note Samba,” while Sanchez leaped on “A Felicidade” and Calvaire scored a coup with “Waters of March” and “Corcovado.” Bassist Matt Brewer (another newcomer to the band) selected “Olha Maria” (co-composed by Jobim and Chico Buarque), while Charles walked away with “Garoto” and “Ligia.” As for Eubanks, noticing that no one had chosen “Inútil Paisagem,” he gave it a quick listen: “Three chords and I was sold.”

Along with Duke Ellington — still to be picked by the Collective — Jobim has been on the band’s short list for years. “These guys can play pretty much anything,” says Wolf, noting that other recent nominees have included Earth, Wind & Fire, as well as Prince. “The band has been around for 15 years and they’ve taken up many of my favorite composers.” Who else would he like to see on the list? “Honestly, if I could choose just one in the coming years, I’d pick the music of Freddie Hubbard — or Weather Report. I love Weather Report, and because a lot of the guys in the band are into electronics, we could go that direction, too.”

Meanwhile, for his own Jobim arrangements, Wolf is taking a cue from the composer. He recalls watching a video of Jobim, on piano, performing his classic “Desafinado” with Pat Metheny, Joe Henderson, Charlie Haden and Al Foster.

Even in that heavy company, Jobim shows no need to impress: “He’s very tasteful, just laying down the part and playing the chords — a complete 180 from what you would normally hear. He doesn’t stick out. He doesn’t play a complicated solo like a lot of pianists would do.” In that spirit, Wolf is “keeping things pretty simple” with his arrangements. “Chega de Saudade” is “more of a duo between myself and Edward Simon, and then eventually the other guys will join us here and there.” As for “How Insensitive,” a tune he first heard 30 years ago, Wolf will introduce “a few tweaks, that’s all. It’s going to be nice and slow, like a Spanish tango.” He can’t help being a little bit crafty, though: Wolf has noticed that “the bass line of the hip-hop song ‘One Love’” — by the rapper Nas — “fits perfectly with ‘How Insensitive.’ So I’m kind of putting them together — not that most people would ever notice,” he says. “I’m just telling you.”