Saxophonist David Sánchez on his musical influences, why he chose the tenor sax, and his native Puerto Rico

Saxophonist David Sánchez on his musical infLuences, why he chose the tenor sax, and his native Puerto Rico 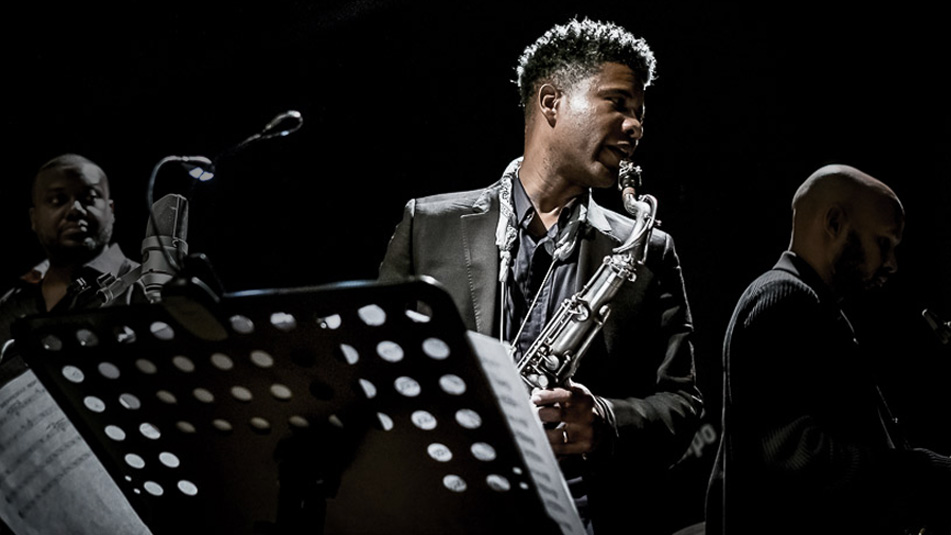 With GRAMMY-winning saxophonist and SFJAZZ Collective member David Sánchez presenting his newest project, Carib at SFJAZZ on April 5 (part of the African Diaspora series), we invited him to open up about his music, his inspirations and his native Puerto Rico. Since his early exposure with Dizzy Gillespie’s United Nations Orchestra, Sánchez has become one of the most celebrated instrumentalists in jazz, recording ten albums as a leader and winning a GRAMMY Award for his 2004 orchestral session, Coral. He’s performed with a roster of greats including Charlie Haden, Eddie Palmieri, Roy Haynes, Tom Harrell, Roy Hargrove, and Pat Metheny. He co-led the cross-cultural Ninety Miles project with trumpeter Christian Scott and former SFJAZZ Collective vibraphonist Stefon Harris, recording a pair of albums in Havana that traced the common connections between Cuba and the U.S. through the language of jazz. The project was a natural antecedent to Carib, in which Sánchez takes a yet deeper dive into the Afro-Caribbean musical lineage and its shared history with the American jazz tradition.

What inspired your new project, Carib?

"Carib" is inspired by Afro-Puerto Rican bomba rhythms and melodies, mixed with Hatian music, specifically from the Congo-Guinea tradition. I've listened to music from Haiti for a long time, and in my opinion it's one of the richest and most influential cultures period. The Congo-Guinea tradition shares a lot of similarities with bomba in Puerto Rico – there's a flow between the two musical cultures. In the end, "Carib" is a contemporary Pan-African music ensemble dedicated to music developed by the African Diaspora throughout the Americas.

Growing up in Puerto Rico, what was your earliest memory hearing jazz?

My mother was a devoted Nat King Cole fan and would play his records. One of her favorite songs was Nat's rendition of "Nature Boy." She'd always say, "the little English I know was from singing along with those records." I also remember listening to a recording by Billie Holiday, Lady In Satin. I couldn't understood what Billie was singing, but it felt real, and strikingly beautiful. I'm also the youngest in the family, and there's a big age difference between my sisters, brother and I, so they had me listening to Miles Davis, Betty Carter and others early on.

How did you end up choosing the tenor saxophone? Who were your early heroes on tenor?

When I passed the test to begin my first formal music education at the performing arts school Escuela Libre de Música, the percussion applications were already closed. The school suggested that I play oboe, but I remember enjoying this beer commercial that featured tenor saxophone, and when choosing an instrument, that's the first thing that came to my head. My early influences were Dexter Gordon – when I first heard him, I didn't know you could get such a beautiful and powerful sound – and also Sonny Rollins, who continues to be my biggest inspiration. Before I heard Sonny, in the back of my mind, I still wanted to play drums, but after I heard him, it felt as if he was playing drums through his horn.

Your composition "Canto" is revered among SFJAZZ patrons and staff, it's featured on Carib as well as SFJAZZ Collective's 2017 album. Is there any story or context you could share about it?

When I wrote "Canto," I had a lot inside of me, the process felt more like a natural reaction than the sometimes calculated process of writing a piece. I had just returned from Haiti with my late wife, Karla, who had encouraged me to go after noticing my excitement every time I checked out Haitian music. It was an amazing and intense trip, witnessing people's struggles, but also seeing the grace of a culture that for many years has been misunderstood and oppressed. It's difficult to explain, but sometimes after such an experience, when we feel drained inside our bodies, we have these natural reactions that get released. The combination of my experience in Haiti, along with the struggles of Puerto Ricans rooted in a longtime form of systematic oppression, along with helping Karla with the hard fight we both put against her illness, all influenced the intense, but peaceful quality of the song.

Music is a constant outlet to help us heal when we're going through tough times in life – it brings us back to a natural state of harmony and love. This is especially true when music is so embedded in a culture, like it is in Puerto Rico. Playing in benefits for the island, I do feel like I'm contributing, even if it's in a very small way. In reality, Hurricane Maria brought devastation never seen before to the island, and it'll take a long time to rebuild, and much more than a couple benefits. In many cases, rebuilding starts at ground zero, and it also requires changes to the infrastructure. Frankly, I don't see how things will truly improve as long as the same story keeps repeating itself – investors coming around looking only for a profit and taking advantage of catastrophic situations, similar to when Katrina hit the great city of New Orleans. But in some ways, Puerto Rico's situation is closer to the circumstances in Haiti after its devastating earthquake. For over a century, both islands have had their economies systematically crippled in one way or another. Puerto Rico is a territory, and for a long time the island has been in a one-sided relationship, and the priority is rarely the country's well being, but rather how its proprietors might benefit.