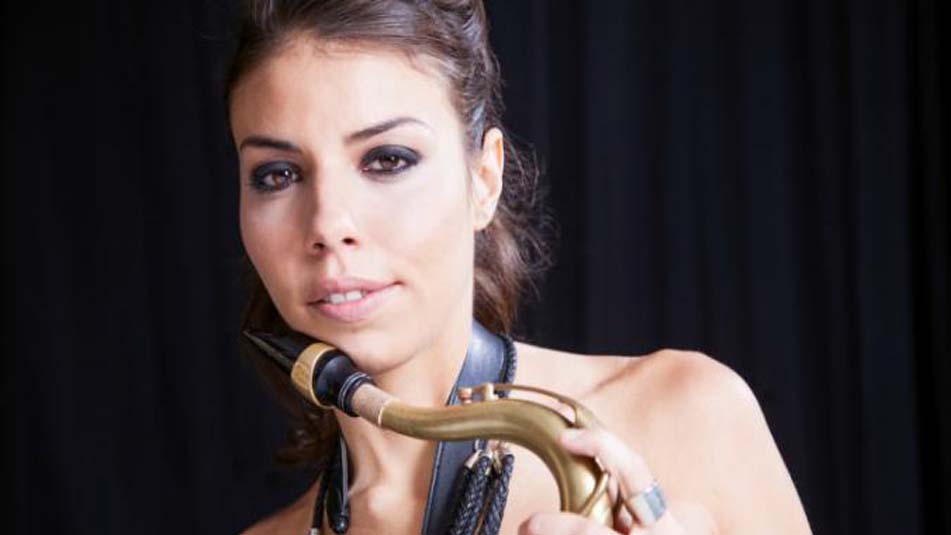 More than ever, monstrously talented young women are rising through the ranks of jazz instrumentalists, challenging the male-dominated status quo. Here is a list of just eight of the many, many young masters making waves today.

Bria Skonberg
Award-winning trumpeter and vocalist Bria Skonberg is, in the words of The Wall Street Journal, “poised to be one of the most versatile and imposing musicians of her generation.” She traveled the world with veteran guitarists Bucky Pizzarelli and Horward Alden, and since arriving in New York, her profile has risen steadily with a New York Bistro Award for Outstanding Jazz Artist and a Swing! Award bestowed by Jazz at Lincoln Center. Her 2012 release, So is the Day, hit #7 on the Billboard jazz chart. She performed as part of the 34th Annual San Francisco Jazz Festival on 6/14.

Melissa Aldana
Winner of 2013 Thelonious Monk International Saxophone Competition, the Chilean born Aldana was a teenage standout when an encounter with Danilo Perez left the Panamanian pianist so impressed he recruited her for Berklee College of Music, which she attended on an all-expense-paid Berklee Presidential Scholarship. She studied with saxophonist Greg Osby and Joe Lovano, and her Concord Records debut, Melissa Aldana and Crash Trio, was a critical smash. She performs on a double bill with fellow tenor Chris Potter in the 35th San Francisco Jazz Festival in June.

Elena Ayodele Pinderhughes
Flutist and singer Pinderhughes is, like Natalie Cressman, a former member of the SFJAZZ High School All-Stars and a major young star. Still in her early 20s, she performed during the Opening Night Concert at the SFJAZZ Center as well as at Carnegie Hall, the White House, and at festivals around the world. She has worked with artists including Esperanza Spalding and Joshua Redman, and in addition to recording her debut album, is currently performing with trumpeter Christian Scott. She and her brother, Samora Pinderhughes, performed with John Santos Sextet in January.

Grace Kelly
Called “the future of jazz” by NPR, 23-year-old Grace Kelly is a seven-time winner of the DownBeat Critics Poll and has risen to be a major jazz star, regularly appearing on national television as part of Stay Human, the house band led by Jon Batiste on The Late Show with Stephen Colbert. Kelly started on clarinet in 4th Grade and switched to alto saxophone at age 10, recording her debut at 12. Mentored by saxophone legend Lee Konitz, she has performed with artists including Wynton Marsalis and Phil Woods. She performed as part of the 2016 SFJAZZ Summer Sessions in 2016.

Brandee Younger
Carrying on and expanding the tradition of pioneering jazz harpists Dorothy Ashby and Alice Coltrane, Younger made her public debut in 2007 as a grad student at NYU, when saxophonist Ravi Coltrane enlisted the then 23-year-old to participate in the memorial service for his mother Alice. A student of jazz great Jackie McLean, Younger has collaborated with artists from the worlds of jazz and hip hop, including Jack DeJohnette, Charlie Haden, Lauren Hill, and Common. Her tribute tune to Ashby, "Dorothy Jeanne," appeared on the recent Revive/Blue Note compilation Supreme Sonacy.

Hailey Niswanger
Portland, Oregon native Niswanger emerged from the Berklee College of Music as an in-demand instrumentalist, touring the world with Esperanza Spalding’s Radio Music Society and performing with Ralph Peterson, the Soul Rebels, and Terri Lyne-Carrington’s Mosaic Project. She’s currently a member of the Wolff & Clark Expedition led by pianist Michael Wolff and drummer Mike Clark, and her most recent release, PDX Soul, is a funk-infused project featuring a number of Portland’s great jazz artists. Niswanger plays with Wolff & Clark Expedition at SFJAZZ May 6-7.

Linda Oh
The Malaysia-born bassist has earned accolades around the jazz world, including a #1 Acoustic Bass Rising Star nod from DownBeat magazine in 2010. She’s led three albums and provided the foundation to records and live dates with Lee Konitz, Kenny Barron, Geri Allen, Terri Lyne-Carrington, Joe Lovano, and Steve Coleman. Oh is member of Cuban pianist Fabian Almazan’s trio with drummer Henry Cole, and performs with him during the 2016 SFJAZZ Summer Sessions.  Oh makes her SFJAZZ debut as a leader in the 35th San Francisco Jazz Festival in June.