Evolution of the Clarinet in Jazz

THE EVOLUTION OF THE CLARINET IN JAZZ

As we await this week's Fridays at Five with the Anat Cohen Tentet, we look back at the history of the clarinet in jazz.

Originally a German invention of the early 18th century, the clarinet has played an illustrious role in the development and history of jazz, but is an instrument that arguably had its greatest impact and visibility during the music’s New Orleans infancy and later during the Swing Era of the 30s and 40s. Leon Roppolo with the New Orleans Rhythm Kings, Sidney Bechet’s early work on clarinet and the playing of Johnny Dodds with Louis Armstrong’s Hot Fives bands of the mid-20s were all highly influential, and by the mid to late 1930s, clarinetists Artie Shaw, Benny Goodman and Woody Herman were towering figures in the world of swing music as both instrumentalists and bandleaders. But, the end of the instrument’s relevance was seemingly in sight. 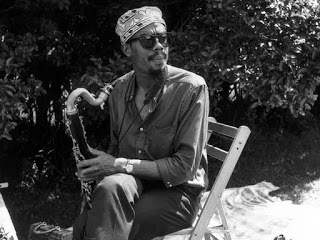 The late 40s saw the explosive rise of bebop, and with the exception of a few superlative artists like Buddy DeFranco and Edmond Hall, the clarinet was largely pushed to the side in favor of its younger brass cousin, the saxophone, as the primary wind instrument of the period. Despite Goodman and Shaw’s dalliances with bebop and Duke Ellington’s continued employment of the instrument, the clarinet was generally considered passé among the cutting edge artists of the 40s and 50s, and only slightly less-so into the 1960s, when post-bop wind genius Eric Dolphy performed regularly on bass clarinet and Jimmy Giuffre emerged as an under-appreciated innovator. Eschewing the influence of bebop, New Orleans clarinetist Pete Fountain made a notable impact in the early 1960s with his nouveau-Dixieland approach, but the jazz world still seemed to largely consider the instrument unfashionable. But was it? Perhaps it’s more accurate to say that use of the clarinet became more specialized as the styles and definitions of jazz began to fragment into hard bop, the avant-garde, soul jazz and myriad other sub-genres, and a continuum certainly exists upon close examination. 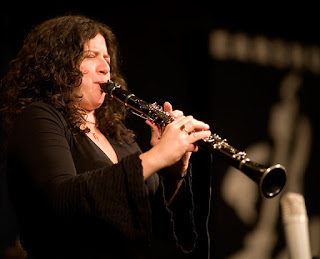 By the 1970s, the clarinet had devotees within the avant-garde including Anthony Braxton, Alvin Batiste, and World Saxophone Quartet co-founder David Murray, who performs extensively on bass clarinet in addition to tenor saxophone. Cuba’s Paquito D’Rivera broke out as a giant of Latin Jazz during the decade, and the clarinet began to enjoy a mainstream resurgence in the hands of the jazz and classical master Eddie Daniels, swing revivalist Ken Peplowski, and later Don Byron, an artist whose talent for crossing genre boundaries made him a major critical and popular figure in the 1990s, continuing to today. Israeli-born clarinetist Anat Cohen has been a dominant force bringing the clarinet to new levels of notoriety in recent years, winning eight consecutive DownBeat Critics Polls and a Rising Star Jazz Artist of the Year nod in 2010. Baltimore’s Todd Marcus is one of the rare instrumentalists who have chosen the bass clarinet as their primary means of expression, and is easily one of this era’s defining voices on the instrument. Jazz’s current trove of clarinet specialists has assured that the instrument is no longer a second-class woodwind, and that its future is assured for generations to come