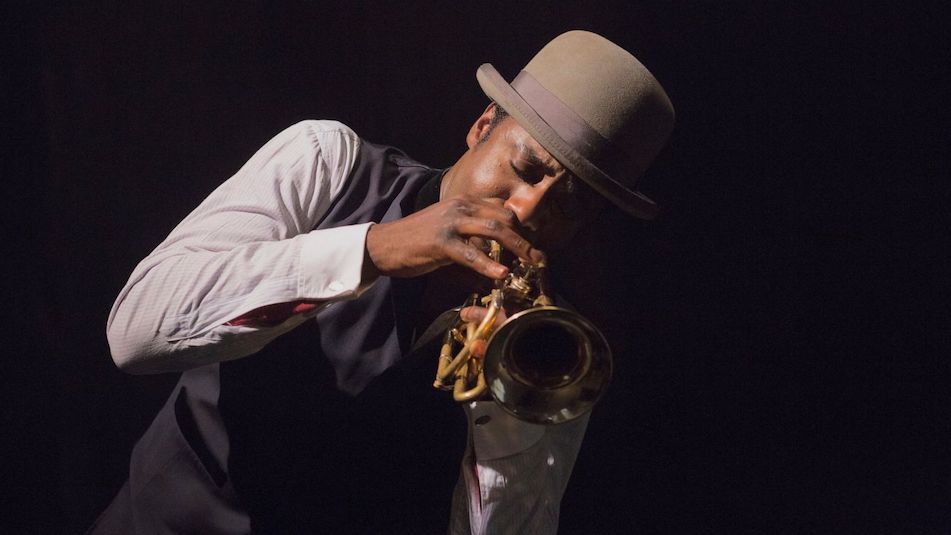 Sheltering in place and staying safe means you’re probably catching up on movies and TV you might have missed. We’d like to suggest some excellent jazz-related movies —new and old, fiction, biography, and documentary — to help get you through this trying time.

For this first part, we’re concentrating on fictional and biographical films. Next time, we’ll look at documentaries.
Though it meant there would be some regrettable omissions, we’ve only chosen movies that are available for streaming, either on Netflix or Amazon Prime, or both. Some are also available on Google Play, iTunes, YouTube, and Vudu.

With its omissions and simplifications, Clint Eastwood’s big screen chronicle of the rise and fall of the great Charlie Parker is far from a perfect film, but the strength of Forest Whitaker’s title performance, the recreation of 52nd Street during the bebop era and the obvious love the director shows for his subject make it a must-see for jazz fans. And of course, the music is beyond compare.

With an unforgettable score by Antônio Carlos Jobim and Luiz Bonfá at its heart, director Marcel Camus’ beautiful film adaptation of Vinicius de Maraes’ play based on Orpheus and Eurydice jumpstarted the bossa nova craze and won both the Academy Award for Best Foreign Language Film and the Cannes Film Festival’s Palme d’Or.

Spike Lee’s follow-up to the landmark Do the Right Thing is the story of a jazz trumpeter, played by Denzel Washington, whose ill-considered life choices lead to his downfall and ultimate redemption. The film features music by Branford Marsalis and Terence Blanchard, and stars real life musicians Abbey Lincoln, Rubén Blades, and Jeff “Tain” Watts.

Born To Be Blue (2015)
Available on Amazon Prime

This under-seen film by director Robert Budreau stars Ethan Hawke as legendary West Coast trumpeter Chet Baker, with a plot that borrows from Baker’s tumultuous history, while “riffing” on key moments to create an “alternate” timeline for the troubled jazz artist whose life, like so many, was controlled and nearly destroyed by substance abuse.

A movie steeped in controversy and famous for its troubled production, Francis Ford Coppola’s all-star valentine to the Jazz Age revolves around the infamous Harlem jazz palace where Duke Ellington and Cab Calloway held court, with incredible music and a flawless recreation of the era, featuring Richard Gere as a trumpet player who falls in with the mob.

Featuring original music by Wynton Marsalis and a winning performance by Gary Carr as the title character, Dan Pritzker’s passionate film imagines the life of the early 20th century trumpet trailblazer Buddy Bolden, who is credited with helping to “invent” the art form we call jazz. The film had a sneak preview at the SFJAZZ Center prior to its theatrical release.

Based very loosely on the life of Cuban piano giant Bebo Valdés, director Fernando Treuba’s Oscar-nominated animated film chronicling the Havana jazz scene of the 40s and 50s features music by Valdés and his son Chucho, as well as Thelonious Monk, Cole Porter, Dizzy Gillespie, Pedrito Martinez, and Freddy Cole, among others.

Cabin in the Sky (1943)
Available on Amazon Prime

The most successful of the few 20th century films from major studios to feature a predominately African-American cast, Vicente Minnelli’s directorial debut about a man choosing between righteousness and immorality is full of terrific music, starring singers Ethel Waters and Lena Horne and including performances by Duke Ellington and Louis Armstrong.