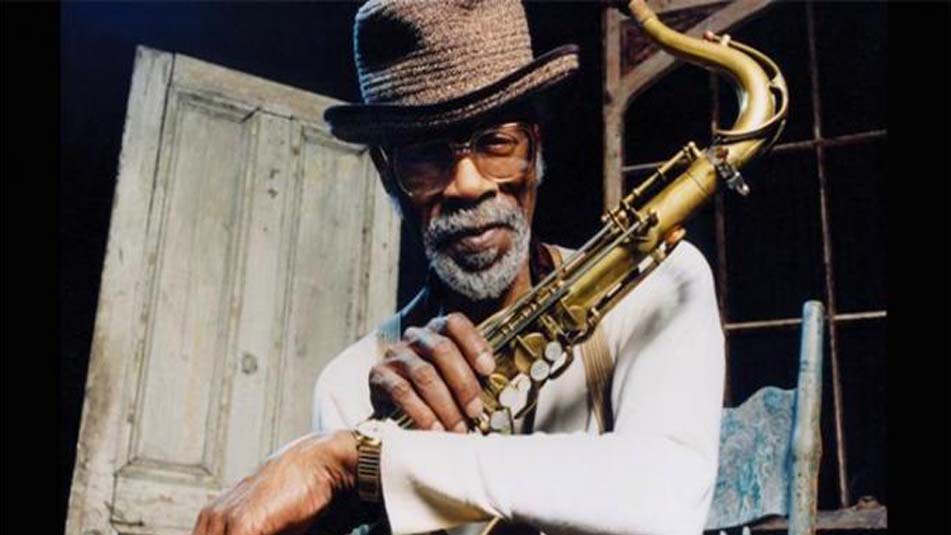 There is no area of jazz in the second half of the 20th Century that Joe Henderson didn’t touch. Leader, sideman, composer, and performer – the tenor saxophone great was that rare artist who was able to find balance all facets of his career and let his genius shine brightly in every setting. Beyond the procession of remarkable and historic albums released under his own name, Henderson was a collaborator on innumerable touchstones in jazz history with Horace Silver, Herbie Hancock, McCoy Tyner, Lee Morgan, Andrew Hill, and others. A San Francisco resident since 1971, Henderson had a lengthy association with SFJAZZ that began with his appearance at the third Jazz In The City Festival in 1986, and culminated in the 1993 “We Love Joe” tribute at Davies Symphony Hall that included performances by his quartet, his big band, and the Kronos Quartet.

We look back on his monumental career, focusing on five major musical milestones, before we celebrate his legacy in the Joe Henderson Hotplate Festival at SFJAZZ on April 19-22, featuring Anton Schwartz, Atta Kid, Kristen Strom and Kasey Knudsen.

1. Joe Henderson: "Recorda Me" from Page One (1963)
One of Henderson’s timeless classics and a bona fide jazz standard, “Recorda Me” was introduced to the world on Henderson’s masterfully conceived debut album, Page One. The session features a superb band including bassist Butch Warren, drummer Pete La Roca, and pianist McCoy Tyner, who is only alluded to on the cover as “etc.”, since he had recently signed to Impulse! Records and a cover credit would have violated his contract.

The debut of one of Henderson’s most popular and performed compositions appears on 1964’s Inner Urge, which employs rhythm section partners McCoy Tyner and Elvin Jones from John Coltrane’s seminal quartet. Along with the title tune, “Isotope” remains a treasured part of the standards songbook, and Henderson’s solo was a soulful, muscular highlight in a career full of highlights.

Henderson’s tenure as a sideman with Silver coincided with the pinnacle of the pianist’s time with Blue Note Records, and their first collaboration, 1965’s Song for My Father, is easily the recording most associated with Silver. Henderson’s tart, spiraling solo takes the title tune to its climax and into jazz history. The album also included the debut recording of the Henderson standard “The Kicker.”

Henderson’s recordings on Milestone in the late ‘60s and 70s are unfairly passed over, and his 1969 release Power to the People stands among the best of his career. Henderson had been working with Herbie Hancock at the time, who appears on electric piano along with Ron Carter and Jack DeJohnette. On a transitional album that embraced the rock influences with electric bass and Fender Rhodes piano, “Black Narcissus” is remarkably evocative ballad performed with great sensitivity and depth.

Generally regarded as a “comeback” album for Henderson, 1992’s Lush Life marked the saxophonist’s return to a major label, and was not only a major commercial hit but a critical smash. The New York Times called it “as close to artistic genius as jazz gets nowadays,” and the album’s closer, a solo take on Strayhorn’s “Lush Life,” won a GRAMMY for Best Jazz Instrumental Solo – the first of four GRAMMY awards Henderson would claim in the 1990s.