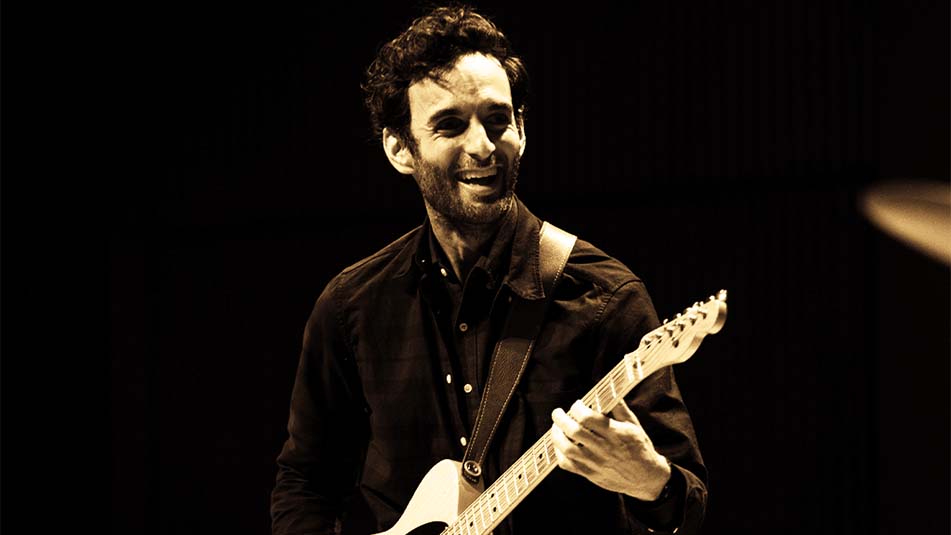 30 years after his "child prodigy" label, Julian Lage is a mainstay in the music — and at SFJAZZ. Journalist Jonathan Curiel traces the career of the guitar virtuoso, speaking to the Bay Area-raised artist in advance of his 1/13 concert broadcast as part of SFJAZZ At Home's Fridays Live series.

It's a Saturday night in San Francisco, and jazz guitarist Julian Lage steps right, then left — then right and left again as he saunters through a song called “Auditorium” that takes his trio through nuances, big swings, and finally a crescendo that slows down the tempo to almost a crawl. But Lage is never completely still during a performance. Ever. He can't help himself. If he's not moving his feet, he's swaying his body. If he's not oscillating his torso or stepping in rhythm, he's contorting his eyebrows and moving his mouth with the cascades of notes that spring from his strings. And so it was at Lage's September 2022 performance at the SFJAZZ Center (which will be broadcast on SFJAZZ’s weekly Fridays Live series on January 13th), where audiences essentially got two Julian Lage concerts: one where the focus was purely the music; and one where the focus was Lage's physical presence as he directed the trio and inhabited his songs with a visual dexterity that conveyed the joy and wonder he always seems to get from playing guitar.

Many songs from that September concert with bassist Jorge Roeder and drummer Dave King were from Lage's latest album, View With a Room, but Lage said he performed them that night with a "freedom" that happens when a group already knows the material well and can improvise. While guitarist Bill Frisell, who also plays with Lage, Roeder, and King on View With a Room, was missing at the SFJAZZ concert, Lage says Frisell's absence also let the group take the songs in a different direction.

"Live is just as wonderful (as recording) but it has a different kind of freedom," Lage says in a phone interview. "It's funny to write music for a record, because the record exists, God willing, and then you become informed by the record — as if to say, 'This has already been documented; how do we push it even further?' It almost gives you license to go deeper — just because you know you've captured the essence of it. So live performance has wiggle room in terms of length of solos, the band interaction, and obviously orchestration since (that night at SFJAZZ) went from four players to three. And yet the essence is pretty much the same." 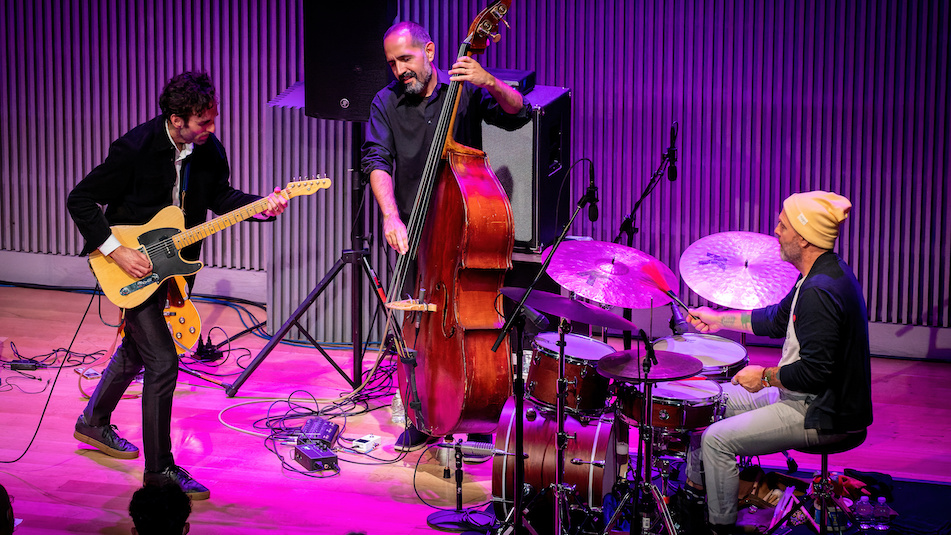 The essence of Lage's music is this: he's committed to jazz's century-long history and to experimenting and extending the jazz canon, which is evident on View With a Room — most noticeably on the song “Echo”, which maneuvers across layers that are moody, mystical, and noir-ish, as if Lage conceived “Echo” for a long night of fervent contemplation. At his September SFJAZZ concert, Lage performed “Echo” with longer guitar runs and an intimacy that made Miner Auditorium seem like a cloistered personal space for witnessing a musical incantation.