Kenny Barron:
A Lifetime of Collaboration 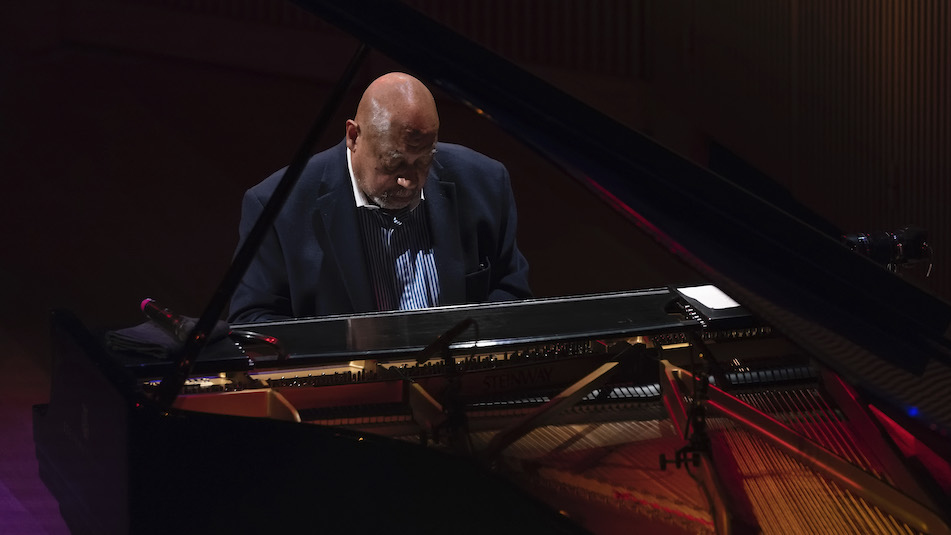 This week we await a truly special performance for our Fridays at Five streaming concert series with pianist and jazz legend Kenny Barron and three of his longtime friends and musical partners. Here’s a deeper look at their years of musical collaboration.

“One of the top jazz pianists in the world” (The Los Angeles Times), Kenny Barron is a 2010 NEA Jazz Master and eleven-time GRAMMY nominee who helped define and extend the jazz tradition over his monumental career. Extensive work with Freddie Hubbard, Yusef Lateef, Stan Getz, James Moody and Ron Carter built his peerless reputation as a sideman, and he has recorded nearly 50 albums as a bandleader over his five-decade creative life, running the gamut from electronics-laden fusion to solo piano. He recorded seven albums with the Thelonious Monk alumni project Sphere, leads one of the truly great working jazz trios with bassist Kiyoshi Kitagawa and drummer Johnathan Blake, and has become a fixture on the Miner Auditorium stage in settings ranging from solo to extended ensembles. For this exclusive night filmed in November 2018 at the start of our 2018-19 Season, the pianist was joined by three master musicians with whom Barron has had a long and distinguished history — violinist and MacArthur “Genius Grant” recipient Regina Carter, legendary trumpeter Eddie Henderson of Herbie Hancock and The Cookers fame, and drummer Terri Lyne Carrington, a 2021 NEA Jazz Master and SFJAZZ Resident Artistic Director. 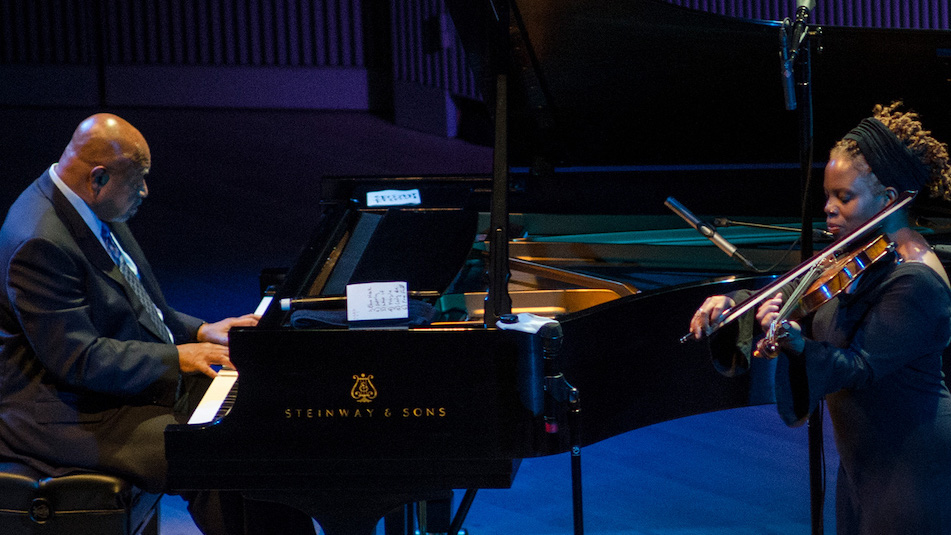 Since emerging from the Detroit scene in the late 1980s, Regina Carter has always been a restless and intrepid musical explorer, receiving the MacArthur Foundation’s coveted “Genius Grant” fellowship in 2006. She’s recorded a series of dazzling albums over her career, from the celebration of her hometown with Motor City Moments and breaking new ground with a legendary violin on Paganini: After A Dream to her exploration of the African roots of the violin on 2010’s Reverse Thread.
Carter first worked with Barron on record when she enlisted him to play and contribute a pair of tunes to her 1999 Verve session Rhythms of the Heart, and the pianist returned the favor for his 2000 Verve release Spirit Song.
Following a triumphant gig at New York’s Sweet Basil sometime thereafter, the pair reunited for their exquisite 2001 duo recording Freefall — a lyrical and impassioned collection that covers musical ground from diverse originals and covers of Monk and Wayne Shorter to a version of Sting’s evocative ballad “Fragile.” As part of SFJAZZ’s inaugural group of Resident Artistic Directors, Carter asked Barron to join her to revisit the magic of Freefall during her week as an SFJAZZ Resident Artistic Director in September 2013, and they again united for this 2018 performance. 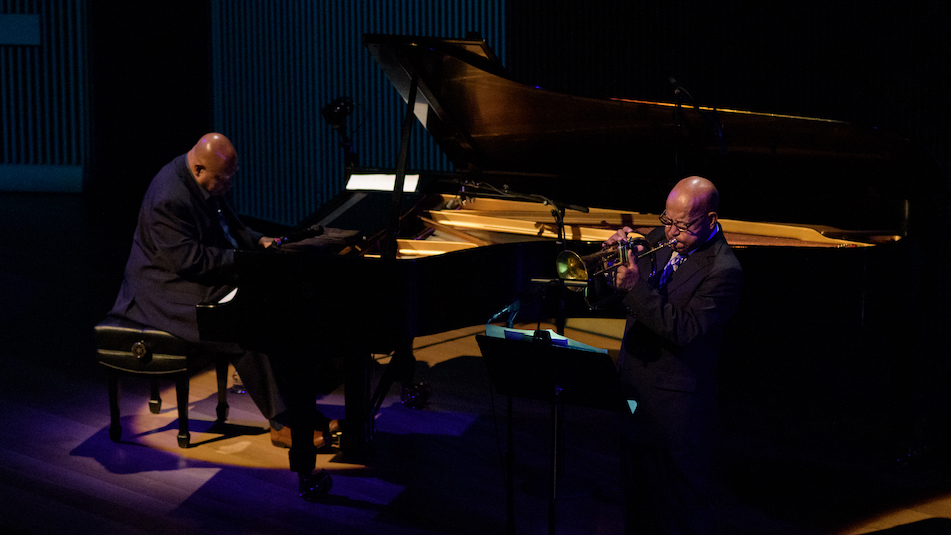 First recording together on saxophonist Buddy Terry’s 1972 Mainstream session Pure Dynamite, Barron and Henderson share a deep, telepathic connection that bloomed during the experimentation of the fusion era and evolved along parallel paths, with both artists now established veterans at the peak of their abilities. A virtuoso trumpeter possessed of pinpoint articulation and liquid clarity, Henderson came to fame as part of Herbie Hancock’s visionary Mwandishi band, appearing on Mwandishi (1971), Crossings (1972), and Sextant (1973) before setting off on his own path as a bandleader; a path that led from space jazz and fusion into the radio-friendly pop-disco sound that absorbed many jazz artists during the late 70s.
After a decade-long break from jazz devoted to his medical practice in San Francisco, Henderson re-emerged on the scene as a leader and re-established his collaboration with Kenny Barron beginning with the pianist’s 1988 Enja quintet recording Live at Fat Tuesdays.
Since then, they’ve worked together consistently on sessions including Barron’s Quickstep (1991), Things Unseen (1995), and Spirit Song (2000) as well as Henderson’s SteepleChase sides Phantoms (1989) and Think on Me (1990), and his most recent Smoke Sessions releases Be Cool (2018) and Shuffle and Deal (2020). 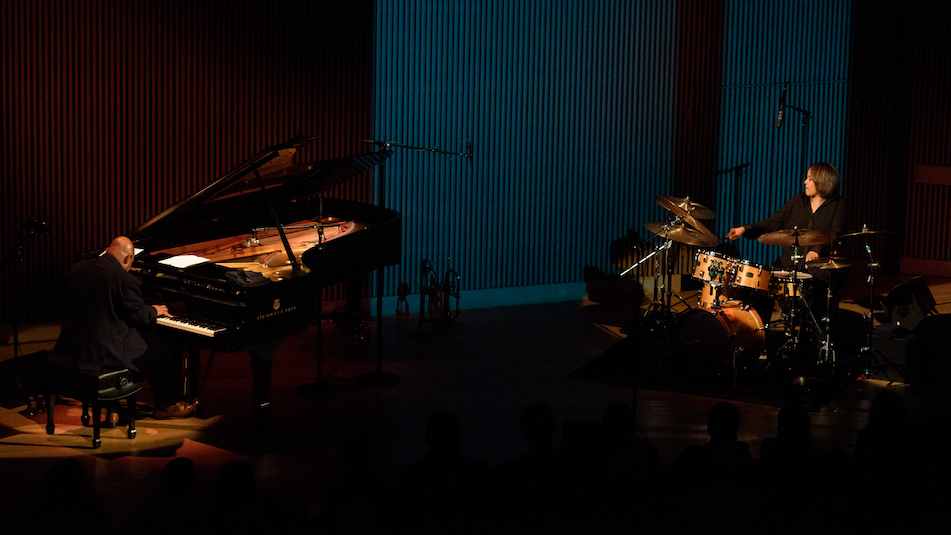 Kenny Barron and Terri Lyne Carrington have a musical bond that goes back to Carrington’s teenage years, when Barron performed on Carrington’s self-released first album, TLC and Friends, recorded in 1981 when the prodigious young drummer was 16 — a full five years past her full scholarship to Boston’s Berklee College of Music. Since that all-star statement of arrival, Carrington has forged a singular path, becoming a highly respected bandleader, an in-demand producer, and an invaluable rhythm section player who has collaborated with a who’s-who of jazz royalty including long-term associations with Herbie Hancock, Wayne Shorter, and Esperanza Spalding. She won GRAMMYs for her all-star 2011 album The Mosaic Project and 2013’s Money Jungle: Provocative In Blue, a fresh take on Duke Ellington, Charles Mingus and Max Roach’s seminal 1962 trio session Money Jungle.
Carrington and Barron have had several musical encounters over the years, including a memorable 1990 tour together as part of saxophone giant Stan Getz’ last quintet. The Munich date from that tour was released on CD and DVD as The Final Concert Recording.
It’s fitting that Carrington reunited with an early mentor for this performance — even more special today in 2021, four decades to the year after their first meeting on record and in light of both having been honored with the NEA Jazz Master fellowship – the highest recognition bestowed upon jazz musicians in the U.S.