SFJAZZ.org | A Look Back At John Coltrane's Ascension

A LOOK BACK AT
JOHN COLTRANE’S ASCENSION 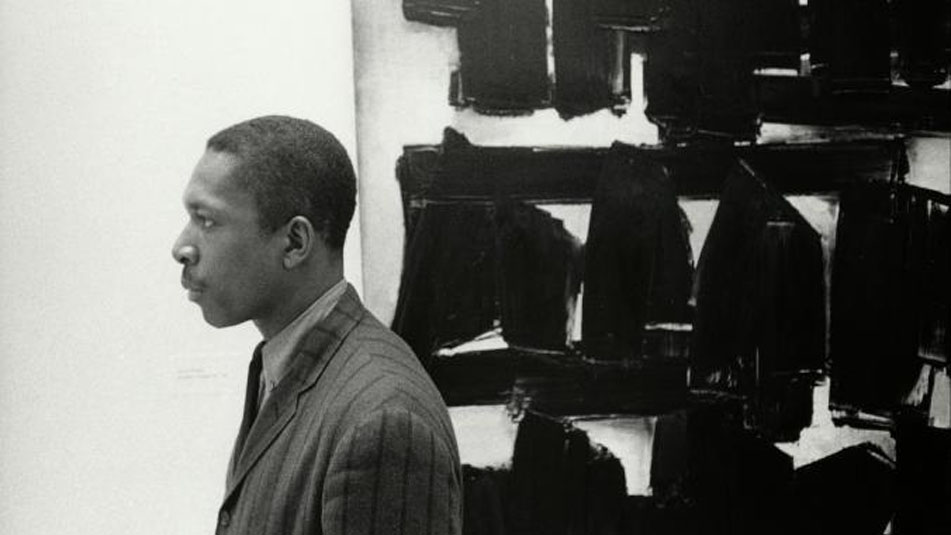 We look back at John Coltrane’s 1966 recording Ascension, a pivotal album that marked a major evolution of Coltrane’s approach and helped usher in the era of free jazz.

The idea of freedom from melodic, harmonic, and rhythmic "rules" was certainly not a new conception, with artists like Charles Mingus, Jackie McLean, Albert Ayler, and Cecil Taylor expanding beyond the standard forms, and four and a half years before Ascension, Ornette Coleman had recorded his monumental Free Jazz: A Collective Improvisation. For Coltrane, the change was a carefully considered move from an artist who felt he had to push the music forward, even if he wasn’t sure how. Hearing Coleman was deciding factor. In an interview with Jazz Magazine in 1963, Coltrane said:

“I feel indebted to him (Coleman), myself. Because actually, when he came along, I was so far in this thing (harmonic structures), I didn't know where I was going to go next. And, I didn't know if I would have thought about just abandoning the chord system or not. I probably wouldn't have thought of that at all. And he came along doing it, and I heard it, I said, ‘Well, that - that must be the answer’” 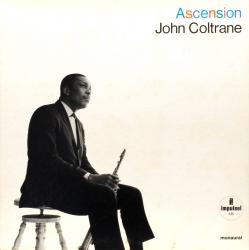 Coming after the landmark 1964 album A Love Supreme and posthumous release Transition (which were the last to revolve completely around his quartet with McCoy Tyner, Jimmy Garrison and Elvin Jones), Ascension expanded on the extended solos and open, dissonant aspects of Coltrane’s earlier approach, pushing beyond what he clearly felt were the restrictions of the small group setting with an extended ensemble including trumpeter Freddie Hubbard, saxophonists Pharoah Sanders, John Tchicai and Archie Shepp, and bassist Art Davis, among others. Based on skeletal thematic fragments and basic scalar and dynamic information, Ascension was Coltrane’s first self-contained statement that could truly be considered part of the burgeoning “New Thing,” and led in a direction from which he would never turn back. This freeing from conventional jazz composition and the augmentation of his ensemble caused a rift that resulted in the fragmenting of his core quartet five months after the sessions for the album, and the records made during the remainder of Coltrane’s tragically short life would further extend the embrace of free improvisation and open-ended structures that were launched with Ascension – a period of development in Coltrane’s music that still bitterly divides jazz fans to this day.

In describing his compositional evolution, Coltrane spoke of his internal search for new musical approaches, referencing the Platform Sutra of Chan Buddhist monk and patriarch Huineng:

“There is never any end. There are always new sounds to imagine: new feelings to get at. And always, there is a need to keep purifying these feelings and sounds so that we can really see what we've discovered in its pure state. So that we can see more clearly what we are. In that way, we can give to those who listen, the essence—the best of what we are. But to do that at each stage, we have to keep on cleaning the mirror”

Rova Saxophone Quartet has tackled Coltrane’s Ascension on two recorded occasions, first on a 1996 Soul Note release with a fairly faithful approach in regards to arrangement and instrumentation, and again on radically re-envisioned 2005 session for Altavistic called Electric Ascension, which integrated electronics and strings and featured a pair of artists who will take part in Rova’s performance on 1/29, drummer Donald Robinson and bassist Fred Frith.