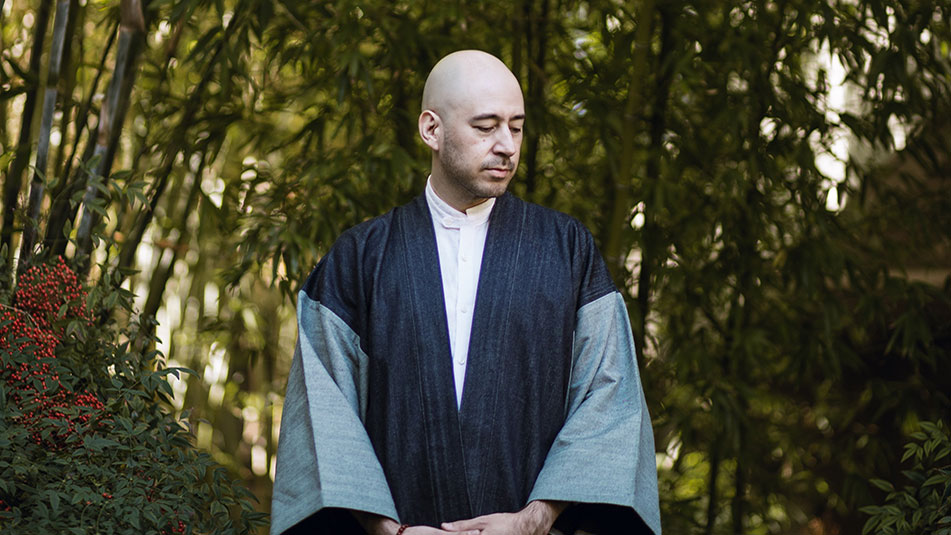 The son of a Japanese mother and New Zealander father, Mark de Clive-Lowe began piano studies at four, entranced by his father’s record collection and inspired by his brother’s pianistic inclinations. He became known as a major developer of the broken beat scene that blended cutting-edge electronics, classic funk, and percussion-heavy global influences with a distinctly jazz-inspired approach. However, Mark rarely incorporated any Japanese influences into his music...until now.

With Heritage I & II, de Clive-Lowe transitions to explore and celebrate his Japanese roots with a stunning new body of work. We sat down with Mark to get a sense of why he decided to make this transition.

Q: You are known as a key contributor in the early 2000s UK electronic club music scene. How did you initially get into that style of music?

A: I started classical piano at aged four — my dad made me take lessons. I didn't choose piano. He said, "My kids are all going to bloody well learn how to play classical instruments." And he ruled the house with a strict “do as I say” attitude, so I did as I was told! And then I got into jazz through his and my brother's record collections. My dad was into Ellington and Benny Goodman. My eldest brother was into Tommy Flanagan and early be-bop players. So, I got into jazz through all of that.

When I got to high school, hip-hop took over. I bought a drum machine and keyboard and started to make beats. But, a few years later, I went all the way back to jazz. I sold my drum machines and all my records. It was just me, the piano, and Miles and Coltrane albums. After that, I just kept going back and forth between beats culture and the jazz world.

A: I was distracted. Something new in music always caught my attention. With the beats scene, at first it was when I was in high school and heard Teddy Riley's first Guy album — it blew my mind. Then I heard Jungle Brothers, Digital Underground, and Tribe Called Quest and others in that mode. But, when Spike Lee did the Mo Better Blues soundtrack with Branford Marsalis and Terence Blanchard, that completely distracted my attention again — I wanted to know everything about that music and fell in love with the whole style.

So, I kept bouncing back and forth between different genres out of curiosity and fascination more than anything. Over time, that has become one thing: my love for beats culture, jazz, and my personal and musical explorations of Japan. It just makes sense to bring it all into one story.

Q: When did the musical exploration of Japan begin for you?

A: I toured in Japan over 20 years ago with a trio. And my mum (who is Japanese) told me, “You can't tour in Japan without performing Japanese tunes.” So, I began researching some Japanese folk music. At that time, I wasn't connecting with the material in a really deep way. Now though, I’m connecting with Japanese music in a more visceral and intimate way.

Q: When did that transition happen?

A: It started about three years ago through an ayahuasca experience. It is a plant medicine that is taken ceremoniously and takes you on a deeply personal experience. It really helped me reconnect with my roots both in New Zealand and Japan, helping me recognize that Japan is my spiritual and ancestral home — that was a new and massive realization for me.

Q: Is that how your album Heritage came to fruition?

A: Exactly. It was so easy for me to write that record. I'd just lean into a feeling, memory, or experience and play. The music became the vehicle and time capsule for my experiences. This is the most honest I have felt in my music. It’s not the same as when I'm doing a "beats gig" or a straight "jazz gig." With Heritage, I'm expressing my whole self through my music.

Q: I saw an interview where you expressed your connection with jazz, but that you didn't feel like it was your own music.

A: Well, it's not. Jazz is Black American Music. I'm not Black. I'm not American. That's the bottom line. I'm inspired by so much of it, but in finding my own voice and a way to express my own cultural lineage, Heritage was my gateway into that.

There are specific piano players I love and when I was younger, I used to think, "I want to be that person." But you can't be that person. There is only one Herbie Hancock. There only will ever be one. All I can do is be my own best self.

Q: What are the jazz elements of Heritage?

A: The elements are in the instrumentation and the improvisational approach. I like to add this electronic component, but it's fundamentally a jazz quartet at its core.

Q: Describe your favorite song on the project.

A: “Akatombo” is really special to me. I play it solo piano on Heritage. “Akatombo” is a traditional folk song which is as universal to Japanese children as "Twinkle, Twinkle Little Star" is to American children. My mother used to sing it to me, so I wanted to include it on this record as a tribute to my mother, exploring “Akatombo” through colors I like on the piano.

Mark de Clive-Lowe will be performing on June 14 at the 37th San Francisco Jazz Festival.