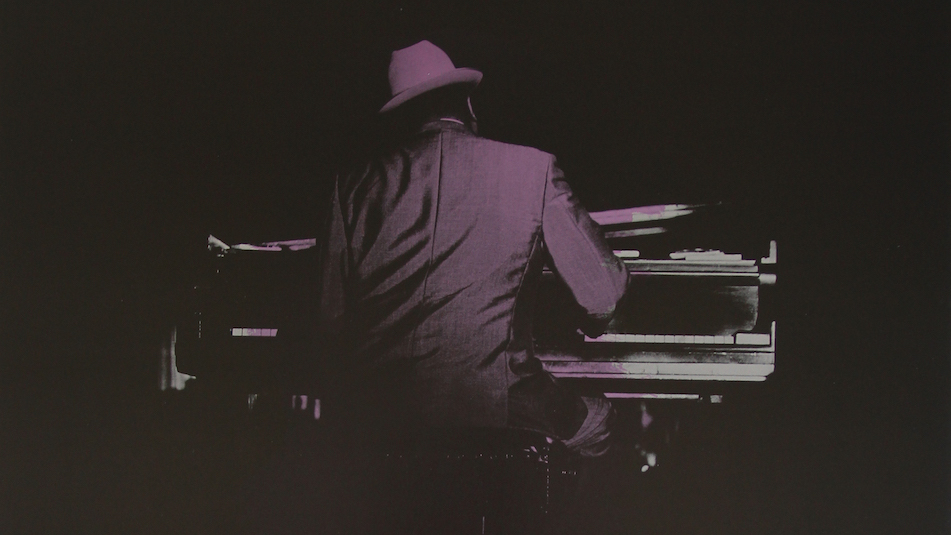 In a first-ever U.S. broadcast, SFJAZZ presents a rarely seen documentary and concert film that gives a precious glimpse into the life and music of jazz giant Thelonious Monk returns, 36 years after we presented its Bay Area premiere. Here are some details to get you ready for the show, broadcast 6/10 at 7PM PT and rebroadcast 6/13 at 6PM PT. 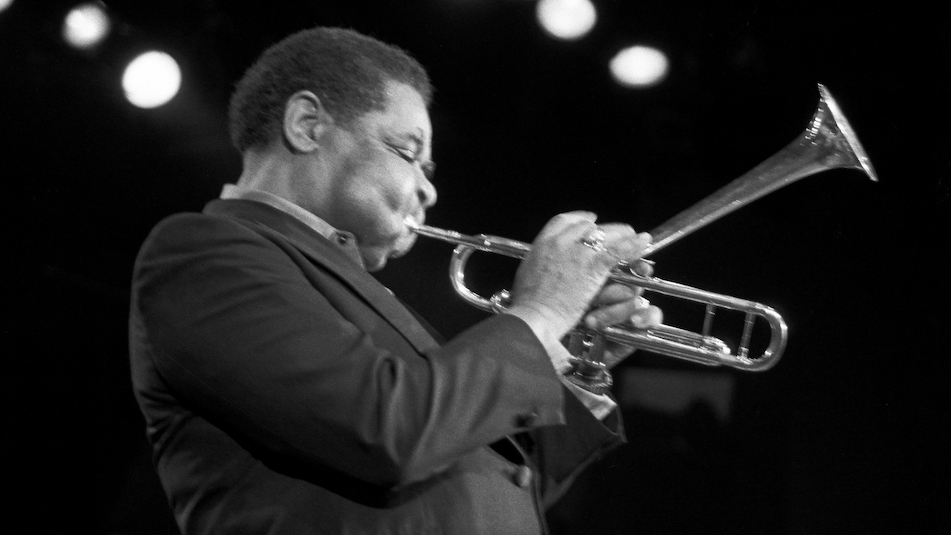 Written and narrated by iconic vocalist Jon Hendricks, the film balances these live performances with rare archival film footage of Monk and photos borrowed directly from his famous patron the Baroness Pannonica de Koenigswarter, tracing Monk’s career through the decades.
We premiered the film to a sold-out crowd at the now-gone S.F. Video Gallery on March 8, 1985, and the film was televised throughout the world, however it has never been broadcast in the United States, making this the second time we’ve premiered this priceless document of jazz history.

"After nearly four decades, we are thrilled to bring this film back to jazz lovers in the United States - truly a twice in a lifetime event." — Paul C. Matthews III, Executive Producer, Music in Monk Time.

Here is journalist Jesse Hamlin's San Francisco Chronicle preview of the original Jazz in the City screening of the film in 1985: 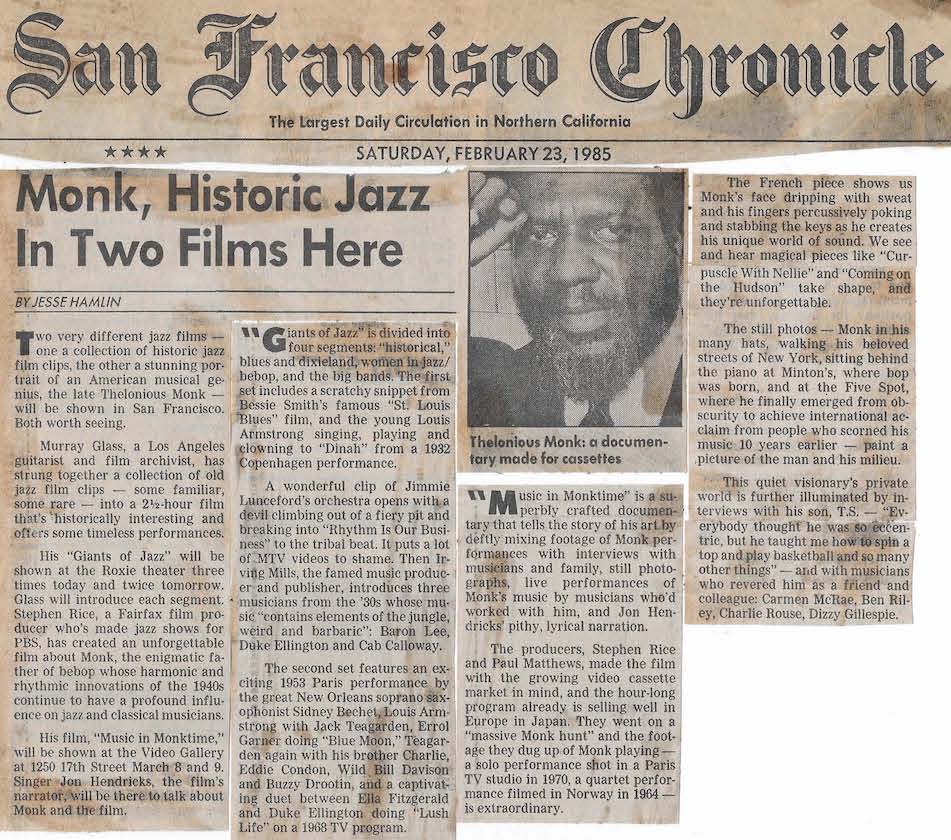 And here are some critical reactions to the film:

"Thelonious Sphere Monk was one of the few real geniuses of American music. The film, Music in Monk Time captures that genius with a frequency and a communicative power rare for cinema in general, but particularly rare for that elusive blue-print of the American spirit we call jazz." — Stanley Crouch, Village Voice

“Wonderful! Monk and his artistic contributions certainly should be more known. This valuable and exciting document is a stunning celebration of his legacy!” — Chick Corea

"One of the greatest jazz films ever made" — James Liska, Los Angeles Daily News