SFJAZZ.org | On the Record: Marquis Hill 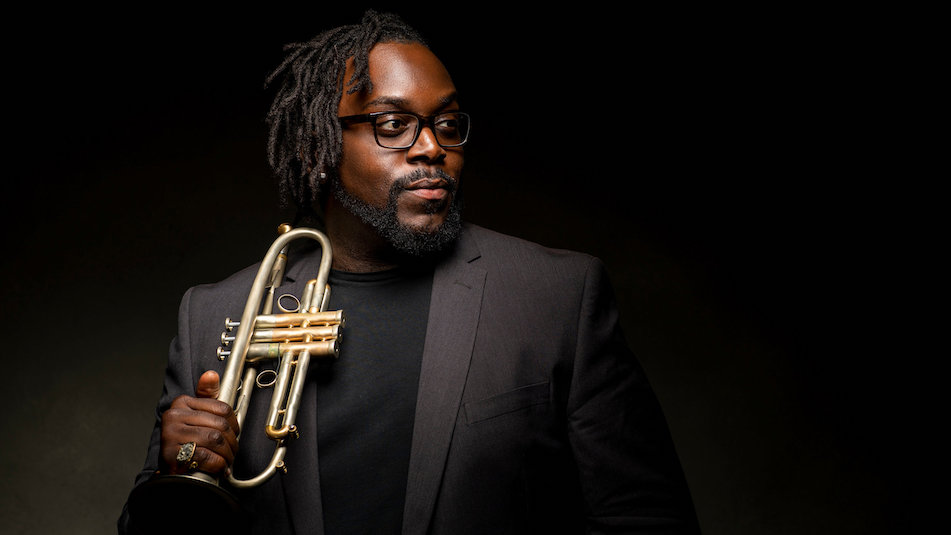 Trumpeter Marquis Hill returns to SFJAZZ on October 21 with music from New Gospel Revisited, a live re-imagining of his 2012 debut album New Gospel, reflecting the musical advancement and experience he’s gained over the last decade. Here’s a closer look at this exciting new album.

Marquis Hill’s rise over the last few years has been striking and there’s no letting up. Since winning the prestigious 2014 Thelonious Monk Institute Jazz Competition, he has demonstrated full command of his art and built a reputation for synthesizing what he describes as the essential elements of the Africa-American creative heritage including contemporary and classic jazz, hip-hop, R&B, house, and neo-soul.

Now, his sights are set even higher. In March 2022 Marquis released his debut album on Edition: New Gospel Revisited, an extraordinary live recording that reimagines his debut as a leader with a new band, a new focus and a sharpened ear as a bandleader, composer, and performer. The set is breathtakingly good with a band that sounds as inventive and creative as it reads on paper.

For Marquis, revisiting and re-energizing the set that started his recording career is a slingshot to a new trajectory with a new label and new focus, as Marquis explains:

“… New Gospel was my debut album and my first completed production. To revisit this music in a fresh way, with a new band has been uniquely invigorating —and hugely rewarding. Working in partnership with Dave (Stapleton, Edition CEO) and Edition, it’s thrilling to consider the long term and to see where my continued journey will take me next. Now I’d like to focus on the clarity of my voice and, together with Edition, even more effectively spread love and light through the music – to distinct audiences of distinct individuals, all around this world of ours…”

“Marquis is one of the brightest stars of his generation” says Stapleton. “He has a rich and deep tone, a masterful command of his instrument and a strong compositional voice. In recent years his self-released albums, fearless and bold approach to music making has earned him a reputation as one of the most important jazz voices of his generation. We are incredibly excited to welcome Marquis to the Edition roster.”

For his SFJAZZ date, Hill is joined by a formidable young band including pianist Jahari Stampley, bassist Joshua Griffin, and drummer Jeremiah Collier.

Watch the video for "Law and Order" below:

Marquis Hill and his quartet performs music from New Gospel Revisited in the Joe Henderson Lab on October 21, 7pm and 8:30pm. Tickets are available here. The 7pm set will be broadcast son Fridays Live as part of SFJAZZ At Home. More information is available here.