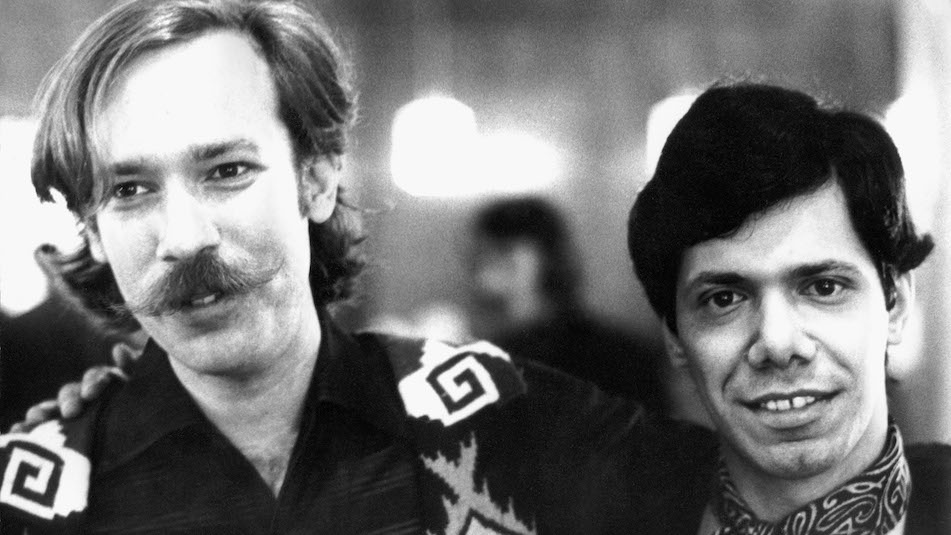 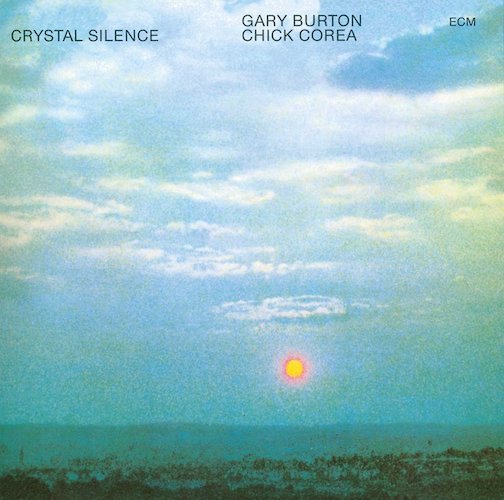 The genesis of this four-decade pairing occurred in 1971, with the release of Gary Burton & Keith Jarrett, a wildly diverse Atlantic quartet recording that was likely the first jazz album co-led by a pianist and vibraphonist. With its vibrant mix of jazz, country, and pop styles, Gary Burton & Keith Jarrett demonstrated a wealth of possibilities between the two primary solo instruments that had no real precedent in jazz.
The record sparked an idea in the mind of ECM Records founder and producer Manfred Eicher, who invited Burton to record a duo project for his then three-year-old label. In place of Jarrett, who would eventually have a nearly career-length association with ECM himself, Eicher paired the vibraphonist with Jarrett’s former Miles Davis bandmate Chick Corea, a pianist who had recently recorded several albums for Eicher including the self-titled debut of his influential fusion ensemble Return to Forever. The duo had performed together as an ad hoc encore during a festival of soloists in Germany the year prior, so the seeds for the collaboration had been planted, and were primed to grow.

At the time of the sessions at Oslo’s Arne Bendiksen Studio in November of 1972, Burton and Corea were ascendant young stars at the start of the fusion revolution, both possessed of advanced levels of technical facility, musical maturity, and experience as bandleaders. The parallels of their career trajectories would have meant little had their chemistry not been immediate and breathtaking, but as Crystal Silence proves, it undeniably was. The process of recording was remarkably fast — in fact, arrangements for each composition took at most twenty minutes to finalize, and every track on the album was a first take, with the exception of the breathless opener “Señor Mouse,” which required two. Though the resulting recording was intended as a one-off encounter, it was but the first step in what would be one of the lengthiest, most influential, and revered collaborations in jazz history.

With the exception of “Señor Mouse,” the material, composed primarily by Corea with contributions by bassist Steve Swallow and Burton collaborator Mike Gibbs, is a set of evocative, introspective pieces that emphasize mood over flash and generally eschew a strict adherence to the head/solo format in favor of a more considered “chamber jazz” approach, with very little in the way of rote bebop phrasing.
Within the thoughtful contrapuntal framework of the compositions, Burton and Corea balance fiery solo sections and improvisational freedom with a single-minded dedication to texture and empathy with an artfulness that has rarely been captured on record. Throughout, Eicher’s flawless production pulls the instruments into sharp focus with a clarity that makes Crystal Silence a quintessential example of the so-called “ECM sound.”

Over the next forty plus years, the pair would reunite for at least a few concerts nearly every year, though they wouldn’t appear together on wax again until 1978’s ECM release Duet, which won a GRAMMY for Best Instrumental Jazz Performance by a Group in 1979. They recorded a Zürich performance during the tour to support Duet, issued as In Concert in 1980, and followed it up with 1982’s Lyric Suite for Sextet augmented by a string quartet. In 2009, ECM released a four-CD set of the recordings from 1972-79 that includes an expanded version of In Concert.

Burton and Corea wouldn’t record again until 1997, when Native Sense was released on Corea’s own Stretch imprint, followed over a decade later by 2008’s celebrated The New Crystal Silence, and finally 2013’s Hot House, a triumphant final statement consisting primarily of several of their favorite pieces by other composers, including Bill Evans, Dave Brubeck, Antônio Carlos Jobim, and the Beatles.
Two years after their last concert together, performed at the Sydney Opera House in June of 2014, Burton and Corea were both in Washington DC on the occasion of the ceremony at the Kennedy Center honoring Burton as a 2016 NEA Jazz Master, and they filmed an NPR Tiny Desk Concert — one of their final performances as a duo. Corea had been named an NEA Jazz Master in 2006.

Burton retired from live performance in March of 2017, and Corea passed away in February of 2021.

In the wake of the release of Crystal Silence and its follow-ups, there have been precious few vibraphone/piano duo projects to further expand upon the rich blend of sonorities that Burton and Corea explored so fruitfully, though there are a few notable exceptions. Burton himself was inspired enough by his experience with Corea to replicate the format with pianist Paul Bley on the 1990 GNP Crescendo session Right Time, Right Place, and on three occasions with Japanese pianist Makoto Ozone — 1995’s GRP set Face to Face, 2002’s Virtuosi, and 2013’s Time Thread. 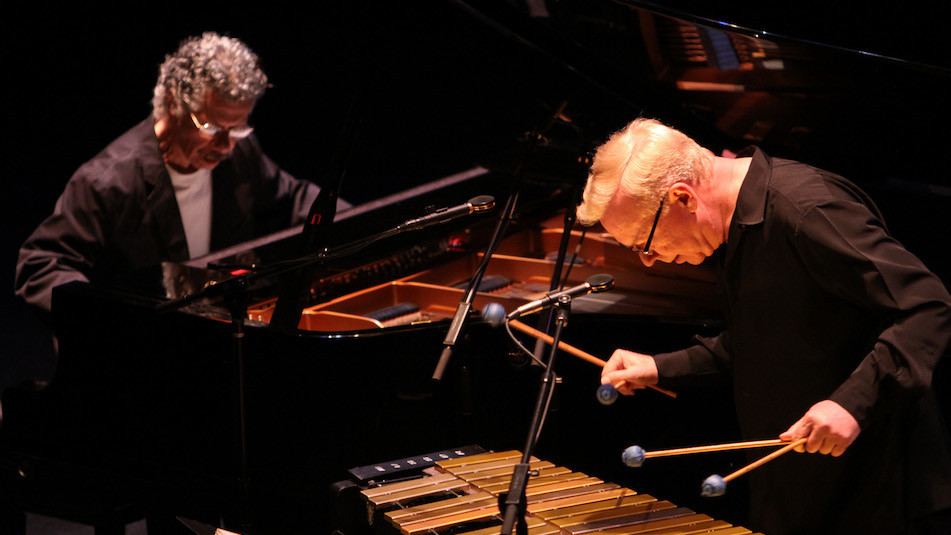 SFJAZZ Copywriter and Marketing Manager Rusty Aceves is a freelance music writer, jazz drummer, and symphonic percussionist. He has contributed to Modern Drummer and All About Jazz, and is currently writing his first book, tracing the history of the Bay Area funk scene.