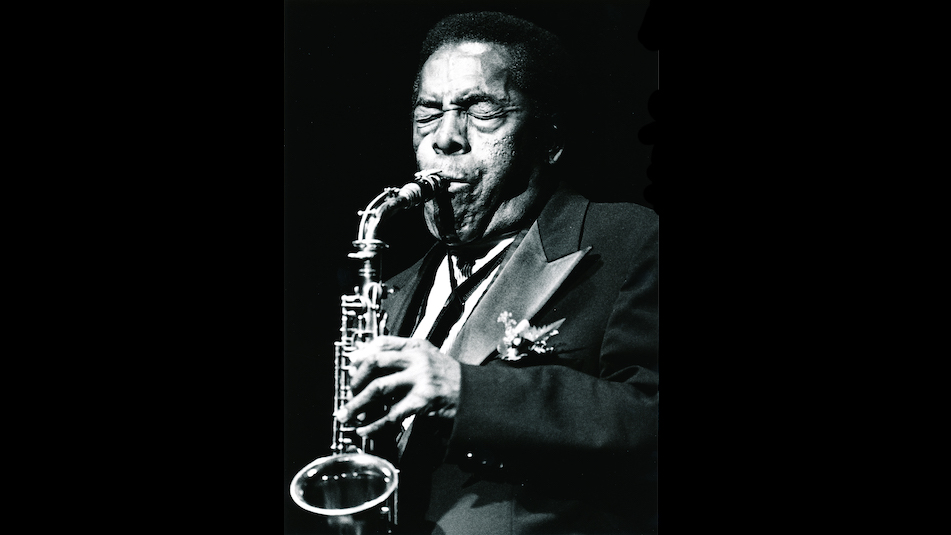 We were saddened to hear that the great, undersung saxophonist Sonny Simmons passed April 6 at age 87. Simmons had been a major voice in jazz’s avant-garde, working with Eric Dolphy, Prince Lasha, and Elvin Jones, among others, before moving to San Francisco and largely abandoning music, struggling with homelessness and substance abuse. SFJAZZ Founder and Executive Artistic Director Randall Kline had a memorable encounter with Simmons during this period and gave him an opportunity to return to the professional stage, as he related in this story printed in SFJAZZ: The First 30 Years, published by Chronicle Books.

One evening in 1994, Randall Kline was riding his bike home from the San Francisco Jazz Festival loft on 10th Street, as he did each night. It was a Tuesday, around 8 p.m., and as he biked across Market Street and up Grant Avenue, he heard the wail of an alto saxophone.

“The sound was notably great,” Kline said, “much better than any street musician I’d ever heard.” As he biked past Post Street, he spotted the sax player standing on a deserted corner. It was no one he knew, but the sound was so compelling that Kline turned around, rode back, got off his bike, and sat down on the sidewalk to listen to him play for half an hour. Afterward, as light was fading, Kline got up and introduced himself to the musician. “I asked him his name, and he told me that he was Sonny Simmons,” Kline said. “I was amazed. Simmons was a great musician, a legend.”

In the 1960s, he’d been a leading free-jazz artist in New York City, playing with Sonny Rollins, Don Cherry, Charles Moffett, Eric Dolphy, and other masters.
But Simmons had hit hard times, starting in the 1970s. After he moved to California with his wife, jazz trumpeter Barbara Donald, and their young son, financial and family pressures stalled his music career. Simmons put his sax in the garage, and it stayed there for years, covered with cobwebs and dust, while he hustled for jobs. Eventually, Simmons turned to alcohol and drugs. His marriage crumbled, and he ended up homeless in San Francisco, playing his music for change on the streets for more than a decade.

“It was crazy to run into him like that,” Kline said. The sax player stayed on his mind, and a few weeks later, Kline asked Branford Marsalis how he’d feel about having Simmons open his upcoming show at Masonic Auditorium. “Branford loved the idea,” Kline said, “and he told me he’d always been a fan of Sonny Simmons.” Their concert in the packed, three-thousand-seat hall was “fantastic,” Kline said, and Simmons played beautifully.

That year, the saxophonist’s life started to change. Other fans rediscovered him, too, and Sonny Simmons was able to resurrect his career. Since then, he has appeared in festivals and clubs around the world; launched a new group, the Cosmosomatics; and recorded eleven new albums as a leader. In 2008, Simmons received a Lifetime Achievement Award from the American Jazz Foundation.