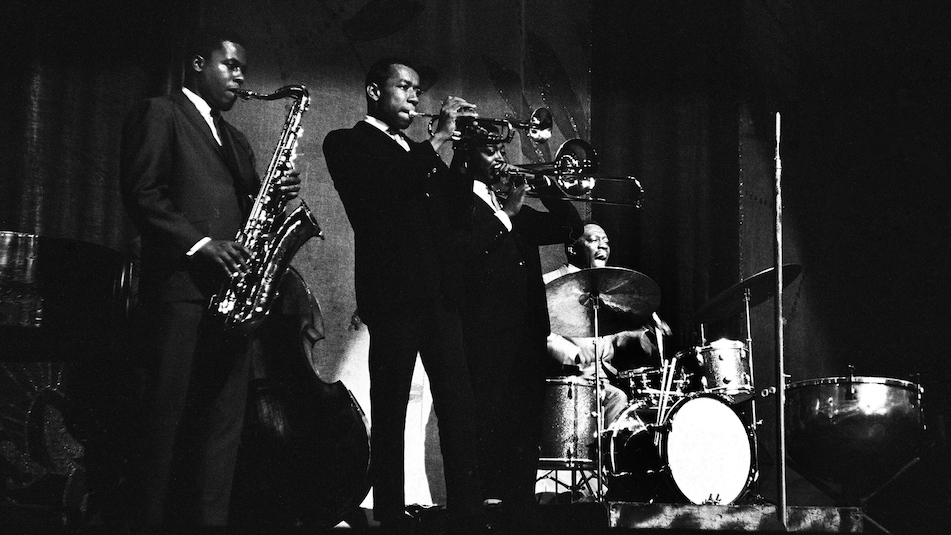 This week we present the third Friday at Five streaming concert celebrating the great Wayne Shorter, featuring Wayne’s quartet members Danilo Pérez, John Patitucci, and Brian Blade plus special guests Branford Marsalis and Terence Blanchard. Beyond being among the most prominent of the first generation of jazz stars influenced by Wayne’s  career as an instrumentalist and composer, saxophonist Marsalis and trumpeter Blanchard share a lineage as members of one of jazz’s great talent incubators.

In the history of jazz, few bands were as long-lived or highly regarded as Art Blakey’s Jazz Messengers, and none have rivaled the now-legendary ensemble as a generator of young talent destined for stardom. Though originally founded in 1954 as a collaborative effort by both drummer Art Blakey and pianist Horace Silver, the Jazz Messengers became a sole proprietorship under Blakey following Silver’s departure in 1956, and the constantly shifting lineup recorded dozens of albums for Blue Note and other labels over its 35-year existence. 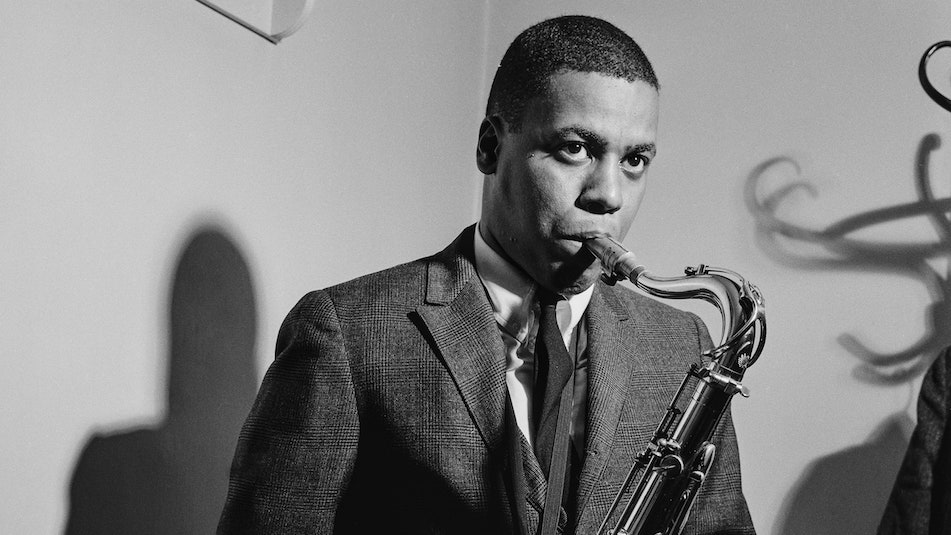 Wayne Shorter joined the Jazz Messengers in 1959, eventually becoming the group’s Musical Director and one of its primary composers. Over his four year stay with Blakey, Shorter toured the U.S., Japan, and Europe, and appeared on 14 albums with the band before leaving to concentrate on his own burgeoning solo career and new membership in Miles Davis’ Second Great Quintet. Among the most memorable recordings Shorter made with Blakey are the classics A Night in Tunisia (1960), The Freedom Rider, Art Blakey!!!!! Jazz Messengers!!!!!, Roots & Herbs, Mosaic, Buhaina’s Delight, Caravan, and Free Fall. Shorter contributed numerous compositions for the band during his tenure, including “Sincerely Diana,” “Children of the Night,” “Sleeping Dancer Sleep On,” and “Contemplation,” among others. The 1961 Blue Note recording Roots & Herbs—a session that didn’t see a formal release until 1970—was entirely made up of Shorter compositions. 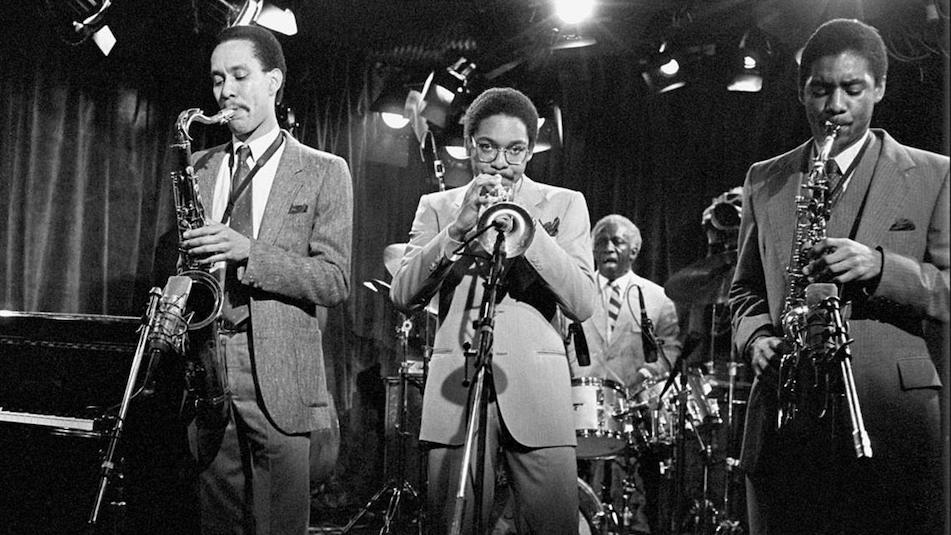 Though he gained invaluable musical mentorship as eldest son of New Orleans jazz legend Ellis Marsalis, one of Branford Marsalis’ most formative experiences as a working professional came with his early association with Art Blakey. While attending Boston’s Berklee College of Music, the 20-year-old saxophonist and his younger brother, trumpeter Wynton, were invited to tour Europe with a big band led by Blakey. That initial experience was both an invaluable opportunity and a harsh lesson in dealing with the uncontrollable situations that make up a touring professional's life. Delighted to be playing with Blakey but nonplussed by the idea of playing baritone saxophone on the tour, Branford was walking through a busy Berlin airport terminal when the closure on his saxophone case broke, sending the instrument smashing to the floor and scattering pieces in all directions. Essentially using rubber bands and paper clips, Marsalis patched together the baritone and completed the tour, recorded the 1980 Timeless album Live at Montreux and Northsea with the semi-functional instrument. Marsalis joined the Jazz Messengers formally in late 1981 before leaving with his brother the following year to form the trumpeter’s first quintet. 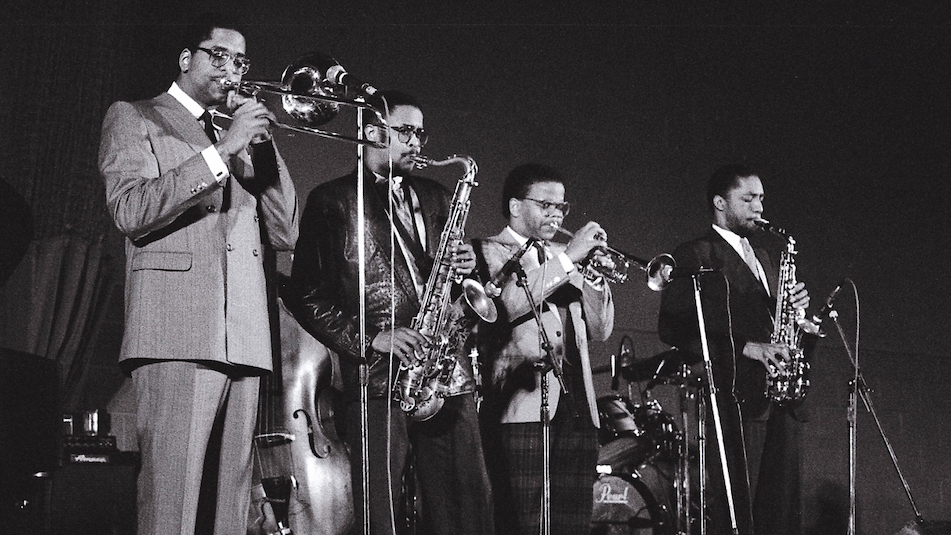 The Marsalis brothers’ 1982 departure from the Jazz Messengers made room for a new trumpeter in the band—a role more than ably filled by the person Wynton Marsalis recommended for the job—fellow New Orleans native Terence Blanchard. Like Wayne Shorter before him, Blanchard assumed the role of Musical Director for the group, recording five albums over his four-year stay with Blakey including their GRAMMY-winning 1984 Concord Jazz release New York Scene and composing a number of tunes for the band like “Oh-By-the-Way” and “Two of a Kind.”
While still active Jazz Messengers, Blanchard and tenor saxophonist Donald Harrison co-led the 1984 Concord album New York Second Line, and with its success, the pair decided to explore their unique musical chemistry as their primary focus, leaving Blakey to form their own quintet. They recorded four further albums as Harrison/Blanchard for the Concord and Columbia labels from 1986-1988.