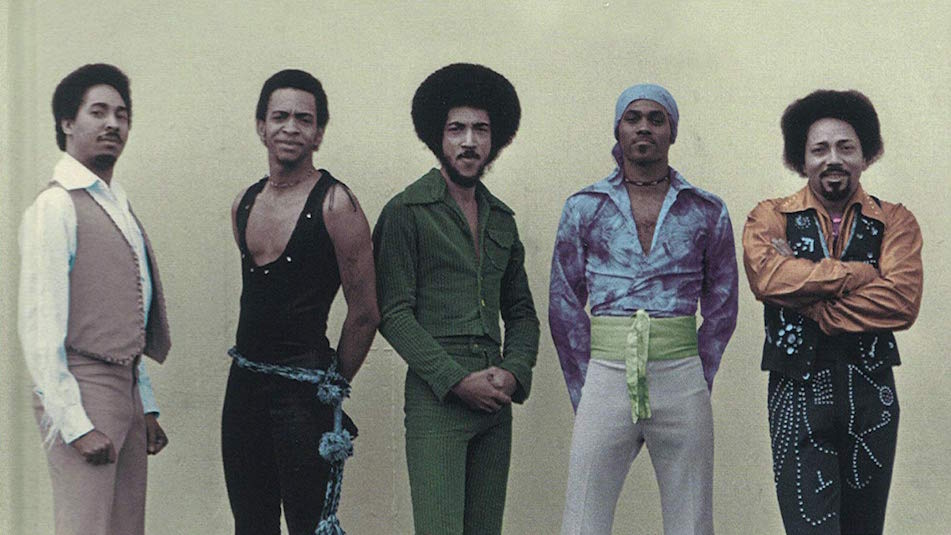 Drummer and leader of the sublimely funky saxophone-and-drums trio Mo’Fone, Jeremy Steinkoler talks about the legacy of New Orleans funk legends The Meters. Mo’Fone pays tribute to the influential group in the Joe Henderson Lab on 8/9, with special guests.

Ask most musicians who they credit as the grandfather of Funk music, and they’ll tell you without hesitation it’s James Brown. And rightfully so. During the mid-1960s, James Brown steered his band from gospel and soul melodies toward a more rhythm-centered style. He vaulted the rhythm section to the forefront of the music as they began to play more offbeat, syncopated parts that wove together in ways more reminiscent of African rhythms than of the smoother, more straightforward rhythmic parts common in R&B and Soul music up until that point.

A consummate entertainer, James would grunt and exhort, phrasing his percussive, rhythmic lyrics over the syncopated rhythms of the bass, guitar, piano/organ and drums, all of which overlapped together with precise, clockwork timing. The band’s churning, layered, syncopated rhythmic parts created a propulsive and irresistible groove that defined an entire new style of danceable music, and would influence artists for decades to come.

But the roots of funk music stretch farther than James Brown’s bands of the 1960s. In 1965, down in New Orleans, another vein of funk was being mined by a different group—one that gained less notoriety, but was just as deeply innovative and influential. Led by frontman Art Neville on keys and vocals, along with guitarist Leo Nocentelli, bassist George Porter, Jr., and drummer Joseph “Zigaboo” Modeliste, The Meters were polishing their own brand of funk, uniquely influenced by the second-line parade rhythms of brass bands and New Orleans R&B. They wrote short, catchy melodies that sat on top of percolating grooves and catchy riffs.

Their infectious grooves, familiar-sounding melodies and compelling soloing led The Meters to record 8 studio albums, along with 4 live albums and a number of compilation albums. They toured opening for the Rolling Stones in 1975-76, and backed up such important artists as Allen Toussaint, Dr. John, and Robert Palmer, among others.

Integral to the sound of The Meters were the greasy, linear-inflected grooves of Zigaboo Modeliste. Zig would deconstruct more standard rock and funk rhythms; he’d spread them out over the drum kit, often only hitting one part of the kit at a time, creating a constantly “bobbing and weaving” sound full of ghost notes, accents, and surprising open hi-hat splashes that never let the ear rest or get complacent. The results were some of the funkiest, most often sampled and emulated drum grooves to come from the funk era. Zig’s grooves were utterly unique. Incorporating the syncopations of the second-line rhythms along with some innovative coordination patterns between the hihat, snare, and kick drum, he crafted instantly recognizable grooves, which came to define the songs he played them on. Classics such as “Cissy Strut,” “Look-Ka-Py-Py,” and “People Say” are on most drum teachers’ “must-learn” list for their students. They certainly are on mine.

Addendum: It is with great sadness that we mourn the very recent passing of Meters Founder and Frontman Art Neville. His legacy lives on in the music he made and the lives he touched. It is our honor to dedicate this show in his memory. — JS