We Travel The Space Ways: Afrofuturism In Music

WE TRAVEL THE SPACEWAYS
AFROFUTURISM IN MUSIC 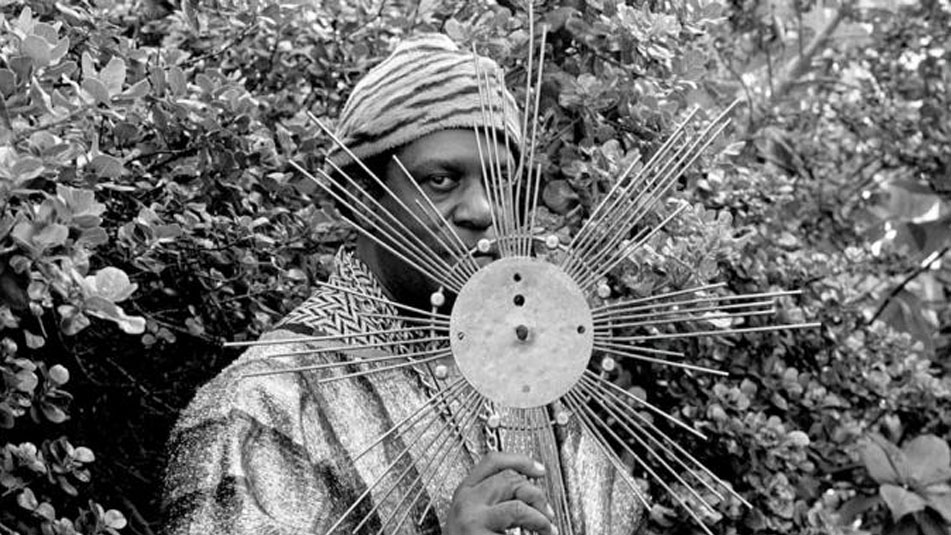 We take a deeper look at “Afrofuturism,” the aesthetic the late composer and keyboardist pioneered in music.

Although it didn’t have a specific name until American author and critic Mark Dery coined it in his 1993 essay “Black to the Future,” the cultural concept of “Afrofuturism” has deep roots that extend back to the early 20th Century, becoming more visible by the 1950s. Envisioning a positive African-American future through themes of science fiction and interplanetary travel with a basis in African history (often favoring Egyptian iconography), Afrofuturism offers a hopeful vision to a population whose existence has been systematically marginalized and largely ignored in mainstream depictions of a utopian future.

Listen to a curated "Afrofuturism" playlist. 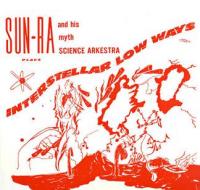 Although the aesthetic and philosophy of Afrofuturism has manifested itself in all aspects of creative endeavor, from the literature of Octavia Butler and the art of Jean-Michel Basquiat to the photography of Renée Cox, the concept first found a musical expression during the early 1950s by Sun Ra (born Herman Blount), who claimed to have been an alien from Saturn and whose marriage of Afrocentric ideology with space age references began a forward-looking musical revolution that informed the approaches of artists from Herbie Hancock to Beyoncé. From the start, the pianist and composer’s self-produced releases on his own El Saturn imprint featured his mixture of lush big band swing combined with African and Asian exoticism, sporting cover art depicting astral voyages and songs with titles like “Plutonian Nights,” “Somewhere in Space,” “Interplanetary Low Ways,” “Rocket Number Nine Take Off for the Planet Venus,” “Space Jazz Reverie,” “Tapestry From an Asteroid, and “Space is the Place.” Beyond the conceptual innovations, Ra was among the first to incorporate electric bass and keyboards in jazz and pioneered group freeform improvisations as well as the use of exotic modes and scales. Live performances were spectacularly theatrical, with the band clad in elaborate futuristic costumes, often accompanied by dancers, fire-eaters, and dramatic lighting. Over his four decade career Ra became one of the most prolific recording artists in history, recording well over 100 full-length albums and dozens of singles, many of which were pressed in quantities of less than 100, making them some of the most collectible jazz records in existence. His ownership of his recorded output stands as an early and influential model of how an artist could control the means of production and distribution of his own work. 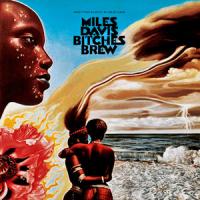 The Afrofuturist aesthetic in jazz reached a zenith in the late 1960s and early 1970s with the work of Miles Davis, Herbie Hancock, Donald Byrd, Pharoah Sanders, Alice Coltrane, Gary Bartz, and Eddie Henderson, to name but a few. Davis’ landmark 1970 fusion statement Bitches Brew is a prime example, full of relentless searching and otherworldly electronic effects wrapped in the now classic, decidedly Afrofuturist cover art by German painter Abdul Mati Klarwein. Hancock’s work of the time remains a standard bearer for the movement, blending rock and funk with cascades of synthesizers and washes of electronics that seemingly propels the listener to a bright new future with, as Robert Springett’s evocative artwork for 1974’s Thrust shows us, Hancock at the keyboards/controls. Shortly thereafter, Afrofuturism in music enjoyed mainstream visibility and pop culture fame in the hands of maverick vocalist and producer George Clinton, whose Parliament/Funkadelic funk juggernaut introduced the world to the Mothership Connection and the characters of 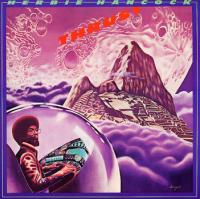 “Starchild” and “Dr. Funkenstein” in albums that take funk to the farthest reaches of the galaxy. These releases were supported by outrageous live performances that would include over a dozen costumed musicians and UFOs landing on stage. Clinton was once asked about Sun Ra in a now-famous interview, responding, “Yeah, Sun Ra’s out to lunch – same place I eat at.”

Today, the Afrofuturist concept in music pioneered by Sun Ra alive and well, clearly evidenced in the music of saxophonists Kamasi Washington and Shabaka Hutchings, producer/composer Flying Lotus, along with a host of pop acts from Grace Jones to OutKast and Janelle Monáe, among others.