Notes from the board:
The Wisdom of Improvisation 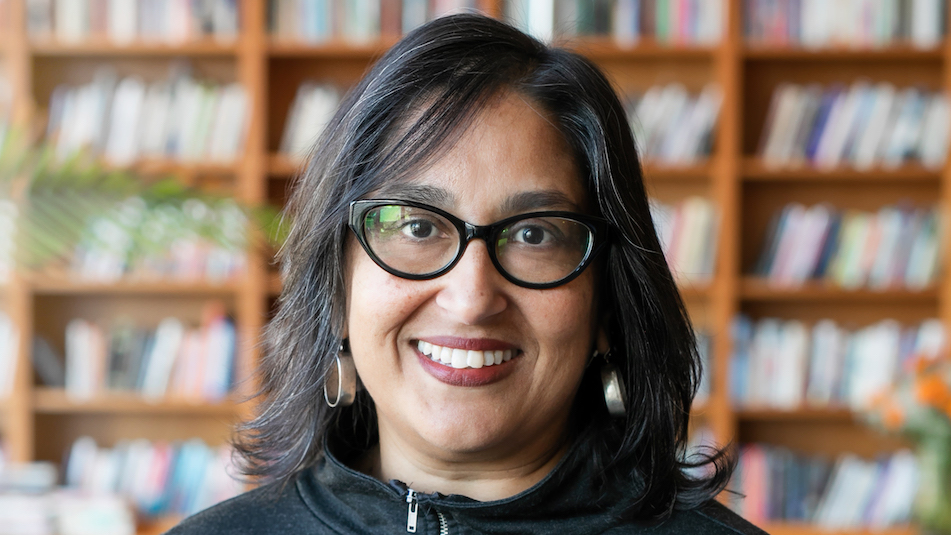 In January of this year, former SFJAZZ board chair Srinija Srinivasan addressed the SFJAZZ Board of Trustees during the 2021 SFJAZZ Board Leadership Summit. In her remarks, Srinija examined the challenges in society and the work required to make the unfulfilled promise of our fragile democracy into a reality, while looking to jazz — and in particular the power of improvisation and its intrinsic qualities — as a model pointing to a better, possible future. This piece was adapted from her remarks.

A lot has been said about the relationship between jazz and democracy, how jazz models the "I" and the "we" and brings together diverse voices. These are rich avenues of exploration, however, I want to uplift a different aspect of how jazz models participation in a multicultural, pluralistic democracy: humans have never figured this out, it's the purported promise of this land, and it remains aspirational. We often focus on the external work of laws, policies, and institutions, but very little attention is paid to the internal work required to be a citizen in such a society. I think this internal work is powerfully demonstrated in this music too.

I often ask, what kind of country would have a cultural inheritance this rich and not shout it from every rooftop, teach it in every kindergarten, celebrate it in every community?

Of course, it's precisely this country that has been unable to embrace, understand, and honor it to the fullest. The transcendent force of this music is exactly in how it demonstrates making a way out of no way, forging a freedom in the face of oppression, and even more incredibly, in the face of the crazy-making hypocrisy in which that oppression takes place. To really grasp and appreciate all that, you have to fully accept and reconcile the fact of that hypocrisy and oppression.

Jazz is and should be the honey that helps the medicine go down — the whole truth we need to metabolize to heal our deep wounds and pathologies and co-create a better future. So far we've been unable to take that medicine.

But what if that's changing? What if this is a new day? How to be an Antiracist and White Fragility are bestsellers. Thank you, Ibram X. Kendi & Robin DiAngelo. These are powerful additions to our shared understanding, but they're just the very beginning, the "you must be this tall to ride the ride" beginning. It's a big deal that "white supremacy" and "anti-black racism" are becoming normalized phrases in national media but as important as that is, it will only get us so far. It's a necessary first step but it's already begging for more. It puts forward a negative prescription — what not to be, what we need to dismantle. Fear of being racist is causing a lot of people to question their beliefs and behaviors. That's a useful development but fear is not a sustaining motivation to give us the wherewithal we'll need to ride the ride.

We need a shared positive vision of the better world possible than our imaginations have yet grasped. Something compelling enough to inspire people to get over their wishful thinking, to go the hard way, to invest faith that it'll be worth the difficulty. Otherwise history shows us we'll just have yet another Redemption following Reconstruction, same song next verse — because power will ingeniously rationalize new ways of sustaining itself.

So this positive vision — who are our contemporary voices helping us understand it? Gandhi spoke of liberating the oppressor, King spoke of the beloved community, Mandela spoke of freeing his jailer. We have to advance a vision for our time of mutual liberation: the better world possible if only we have the stamina to go the distance.

It’s no accident or coincidence that jazz shows us the way.

I’ll focus on just one aspect of jazz: improvisation.

In the throes of an extraordinary global pandemic, we’ve undergone a global practicum in uncertainty. Uncertainty is the new certainty, and even once the pandemic gets under control, I think that will continue to be the case. But uncertainty is just another name for possibility.

If the defining feature of our future is uncertainty, then we all need to become improvisers.

Improvisation is widely misunderstood. It's not just winging it and making it up as you go along. There's nothing casual or cavalier or unrehearsed about it; actually being able to improvise demands severe, rigorous initiation and preparation. It takes enormous skill and craft, and also hard-won self-determination and spiritual grounding, to appear on the bandstand ready to collaborate spontaneously. You have to be able to create agreements with others for the conditions of collaboration — principles, protocols, rubrics. You do this over and over — every group is different. You have to be radically empathetic to listen to your bandmates deeply enough while holding command over your own capacities to have numerous options at the ready at any moment — all so you can be who you need to be in order for them to be who they're meant to be.

I came upon a stunning video of several founders and members of the Association for the Advancement of Creative Musicians (AACM) on a panel together at Stanford in 2014, when AACM co-founder Muhal Richard Abrams was still alive. If you're not already familiar with the AACM, I'll just say they're a galactically important movement in music, and the exponents of the AACM have been and continue to be some of the greatest improvisers on the planet. This is because they form their membership around creating the conditions for the kind of initiation and preparation that improvisation demands. There's a focus on solo performance in order to hone one's voice, and also a focus on curatorial work to support others' creative pursuits. These twin projects form a foundation for knowing oneself and also serving a bigger whole.

In this video at about the 15-minute mark, Muhal says, "Personally I noticed very early in life that individualism was…very basic… to human nature. Why is it that none of us are alike? Why? What force or what event put us here? We know the mother and father, we understand that, but it goes further than that and we know it. What put us here as distinct individuals — twins are not alike? Individualism must be important. So it occurred to me that individualism, being that extensive, meant that all the information was not put in one place."

"All the information was not put in one place."

This stopped me in my tracks. Elegant and profound. Why diversity? Muhal sums it up in 9 words.

Consider this alongside another sage of the ages, RuPaul, who said this in conversation with Oprah: “You know, Oprah, there’s only one of us here.”

“There’s only one of us here."

So all the information isn't in one place, and there's only one of us here — this pairing goes to what improvisation is all about.

When Muhal talks about individualism, and when the AACM does ingenious work to support people in self-determination, they're not talking about individualism and self-determination the way I fear many people assume. So let me inject a word here about power and how power is conceived. An art form forged in a crucible of oppression is not going to replicate domination; there had to be a sort of alchemy of transforming power. It matters that this music arises from the Black American experience. It's foundational and essential. There are way larger forces at work here, and I think the ancestors knew we were going to need this.

There's one quintessentially American sense of self-determination and individualism that screams, “Don’t tread on me,” and storms the Capitol to keep power. That’s self-determination under a paradigm that seeks power as domination. That is, typically when we think of power, we think of it as a force of one thing exerting dominance over another thing. Whether it's the legacy of colonialism or imperialism or capitalism or patriarchy or a complex entanglement of these things and more, so many of our current systems are the result of people asking, "What do I need to do in order to have power or control?"

I think Muhal is talking about individualism and self-determination under a paradigm that sees power as love.

An improviser asks not, "What do I need to do in order to have power or control?" but, "Who do I need to be in order for you to be whom you're meant to be?"

Martin Luther King, Jr. said it best: “Power without love is reckless and abusive, and love without power is sentimental and anemic. Power at its best is love implementing the demands of justice. And justice at its best is love correcting everything that stands against love.”

We can conceive of power as love, not domination.

So in improvisation, at its best, we have rigorous self-determination and radical support of others' development and expression in a paradigm that conceives and wields power as love. That’s a powerfully instructive metaphor for how to be together on a planet — how to save ourselves from ourselves and live in harmony with the Earth that gives us life. We're contending with all these simultaneous crises: climate justice, racial justice, economic justice. We're in the throes of some kind of epochal transition and we're either going to evolve or self-destruct. I don't think we meet a thriving future by someone coming up with a grand master plan and the rest of us following their strategy. Instead we’re called to evolve our role as human beings and citizens to participate in, and contribute to, a collective, emergent wisdom.

Remember, all the information was not put in one place.

And like on the bandstand, everyone is needed and no one is centered. The whole is greater than the sum. In its idealized form, we're talking about the kind of reciprocity one finds in gift economies: each person is supported and responsible to know and cultivate their gifts and give their gifts, and my gift isn't for me. Neither the flower nor the bee has the whole picture, but the flower flowers and the bee bees, and pollination happens. If we can participate in life as improvisation, just as the universe shows is happening all around us all the time, we can fulfill our roles as citizens in a multicultural, pluralistic democracy, towards mutual flourishing.

Srinija Srinivasan previously served as board chair of SFJAZZ and was Yahoo!'s Editor in Chief over the company's first 15 years. She has since co-founded Loove, a developing music venture designed to demonstrate how commerce and technology can be guided by artistic values rather than letting our culture be led by market values. She is also a Vice Chair of Stanford University's Board of Trustees and a board member of the On Being Project.