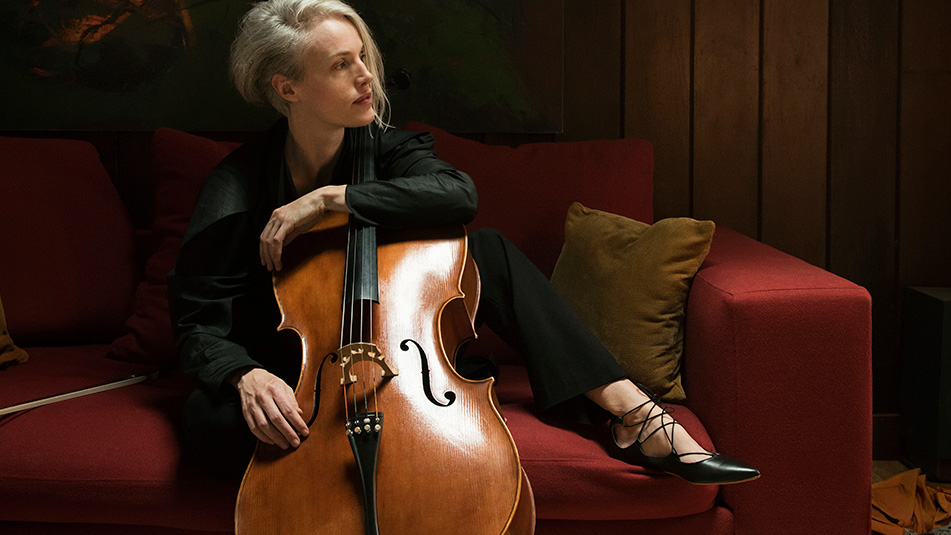 Last November, Zoë Keating appeared as a guest speaker at TEDMED, an annual conference about health and medicine. Keating is a cellist by trade, but life had got in the way of her career in 2014, she told her audience. That’s when her husband Jeffrey Rusch – “my healthy, handsome vegetarian husband who had never smoked a day in his life” – was diagnosed with advanced lung cancer. In short order, the family’s insurance carrier refused to cover Rusch’s treatments, a decision that raised Keating’s ire. She has an activist streak and it didn’t take long for her to begin speaking publically about abuses in the health care system and about Rusch’s case, specifically. The family’s situation became a cause célèbre, and the carrier reversed its decision, while Keating went into research mode, learning all she could about lung cancer and clinical trials. Yet within months, Rusch died in her arms, and there she was, the single mother of a four-year-old son, Alex, living in a cabin in the woods of Sonoma County, not knowing what the hell to do with her life. She had stopped performing. She had stopped composing:

If music is sound organized through time,” she told the TEDMED audience in Palm Springs, CA, “for me, time had stopped. I had no narrative.

But now three years had passed, and the narrative was returning, she announced. In fact, she had written a song. It had a title: “Possible.” She cradled her cello and began to play it: a song of mourning, of beautiful sadness, a groaning song that – gradually, midway through – takes a left-hand turn, opening into a kind of thrumming tribal dance. Keating works with a laptop and looping gear, turning herself into a one-woman orchestra as she builds layer upon layer of pulsing, musical cells. The music becomes its own eco-system. It is spacious and it can evoke all kinds of images; with “Possible,” you might imagine a circle dance in a sunny clearing. The music feels like an awakening; time is back on the move.

Now for the first time in two years, Keating is returning to the SFJAZZ Center (Aug. 9-12), this time for four shows at which she will try out “Possible” and the three other songs on her new EP, which is titled “Snowmelt.” Over the years, she has learned to “develop my songs on stage, so it’s great to have all my gear in one place for four days. Sometimes you don’t know if it’s working until you test it live. So I’ll have four nights to try each of the songs in four different ways.”

Eight years have gone by since her last album, “Into the Trees,” and Keating senses that she is now, metaphorically speaking, out of the woods: “I’m over a hump, I have new music,” she says in an interview from Stockholm, where she recently spent a few days prior to a concert in Paris. “The world has changed in the last few years and I thought I’ll just release collections of songs as EPs, and then I’ll release them all together as an album with all the extra outtakes and live versions. I’ll probably do the whole vinyl thing that everyone’s doing, and I’ll also put it on Bandcamp and people can have the music.”

In Keating’s music, change happens incrementally; those musical cells repeat and morph, slowly growing into something new. She thinks of them as children, she says with a laugh. She is classically trained, and one can hear the influences of minimalist composers like Philip Glass and Henryk Górecki upon her compositional process, perhaps along with the avant-rock of Sigur Rós. The resultant soundscapes might be dreamy or pensive, but unlike some artists “who need to feel a little melancholy” in order to compose, she says, "I don't need to be sad to write music. I use music as a way to make the world okay for me. I'm making this soundtrack of movement and hope and life that I want to live in. So in a way, I have to get a sense of space and forward motion in my own life in order to make music."

After living in California for 24 years, she shook things up a year ago by moving to Burlington, Vermont. Now she lives across the street from her sister, who helps out with eight-year-old Alex. Rather than going on the road for long stretches, Keating tends to tour in short jaunts – a weekend in Seattle, another in Chicago. Mostly she’s at home in Burlington, where, she says, laughing again, “I have to do everything in my music career and creative-wise between the hours of 2:30 and 8:30, Monday through Friday,” when Alex is in school. “There are limits,” says Keating. “But that’s just life, isn’t it? My story isn’t so different from anyone else’s.” 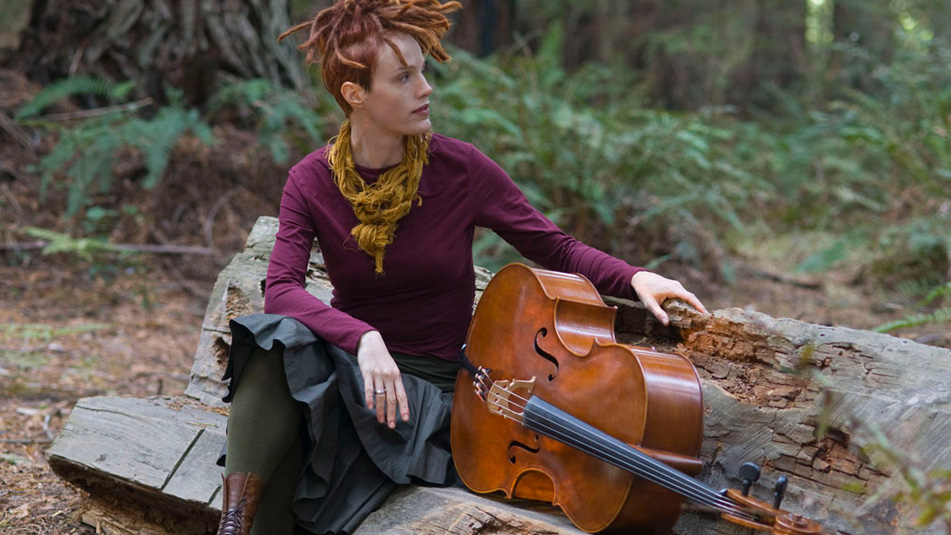 Born in Guelph, Ontario, in 1972, Keating took up the cello when she was eight. With her American-born father, an engineer, and British-born mother, a librarian, she moved to upstate New York in the early 1980s and began playing in youth orchestras. She enrolled in the preparatory division of the Eastman School of Music and anticipated going on to full-time conservatory study after high school – a plan that was derailed by a bout of stage fright during her auditions.

Instead, she pursued liberal arts at Sarah Lawrence College where, wandering into the school’s electronic music studio, she started playing around with vintage synthesizers, overdubbing her cello. In 1993, after graduation, she moved to San Francisco and found a job at the California Culinary Academy. Hired as a clerk, she discovered that she had a brain for computers and turned into the house techie, teaching herself HTML and co-designing the Academy’s website. That was followed by a series of jobs at Silicon Valley software companies, including one called Perspecta, where she learned Java programming, interface design and information architecture.

On weekends, she played Bach at weddings. Then she met Rusch, her future husband, who ran a performance space in a warehouse at 964 Natoma Street in San Francisco: “We would have these parties all night long,” she told this writer in 2011, “and at some point I’d pull out the cello and plug into the gear lying around and play for the people lying on the floor – and then go off to work in the morning.”

After the tech bubble collapsed in 2000, Perspecta was sold and Keating received enough of a payout to launch her full-time music career. Adept at social media, she became known for her soul-bearing blog posts and Twitter feed, while touring or recording with indie artists including Imogen Heap, Amanda Palmer and the cello rock band Rasputina. Mostly, she developed her solo act, which flourished. When Alex was born in 2010, she and Rusch, a graphic designer, took the baby on the road. Keating nursed him before performances and Alex celebrated his first birthday on stage with his mom in Houston.

Back in the Sonoma woods, the family thrived. In 2012, Keating licensed her music for an automobile commercial: “That was a lot of money,” she remembers, again speaking by phone from Stockholm, “and it allowed me to build a music studio that I’d never really had before. In our cabin, I’d work in funny little spaces, like in the bedroom. Anyway, all through 2013, I was kind of in process, starting to work on an album and we were building this studio – which was finished two weeks before Jeff’s diagnosis.”

The next year, after her husband’s death, she “went back to the studio and listened to the work that I had for the album. It didn’t mean anything to me. It was like from a different era. And all through 2016 and 2017, I was just sort of stuck. I’d hear all the little loops that I would make, and I couldn’t make a larger story out of them. One thing I’ve learned is that all your best-laid plans, they can fall apart at any second.” 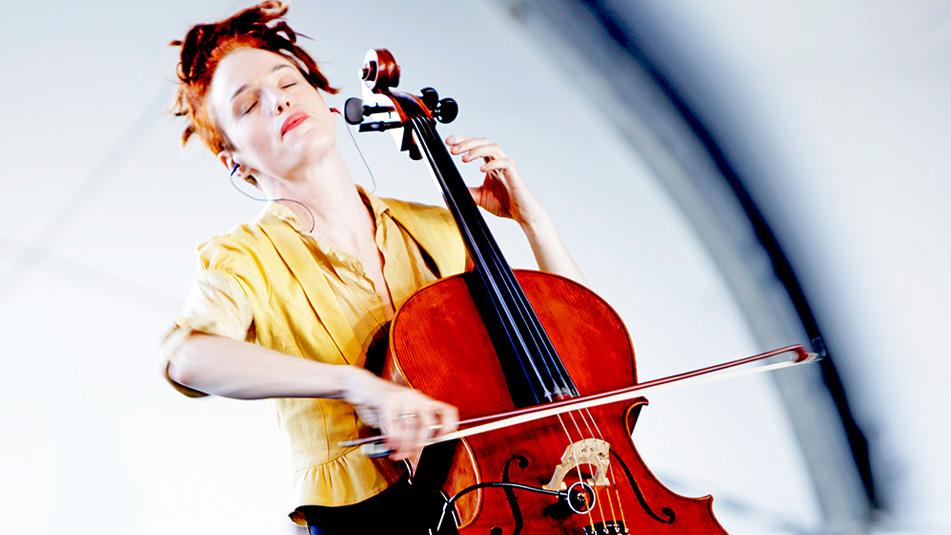 During Rusch’s illness and for several years after, she found a fallback: scoring for television shows, including “Elementary,” “The Returned” and “Manhattan.” She enjoyed the fact that “it was one step removed from my own work. It was easier in a psychological way.”

But in the last year, Keating has been coming back to her own voice, her own songs. Occasionally, her activist streak breaks out: She recently was on the BBC, critiquing streaming services and calling for copyright reform. But mostly, she avoids such interruptions: “I’ve just been trying to make my life settle down a bit so I can make the music be what I want it to be,” she says.

My ideal day is one where I can go into the studio and have a couple of productive hours and then make my son an apple crumble.

Back on tour, she always hangs around the stage for the better part of an hour after a show: “People come up and we talk, and they tell me what the songs mean to them and it’s all different. I get letters from people who say they listened to this song when they were in a tank driving around Iraq, or when they were in a research station in Antarctica, trapped inside for three months, and my music is what kept them company. I’ve seen books where in the acknowledgments, the author says, `And thanks to Zoë Keating for providing the background to my writing of this book.’ ”

How does that make her feel?

“Grateful. I feel so much like I’ve achieved what I want – the feeling that my art adds something to someone else’s life, you know? It’s like seeing your children go off and do well.”