Everything Comes Together at SFJAZZ 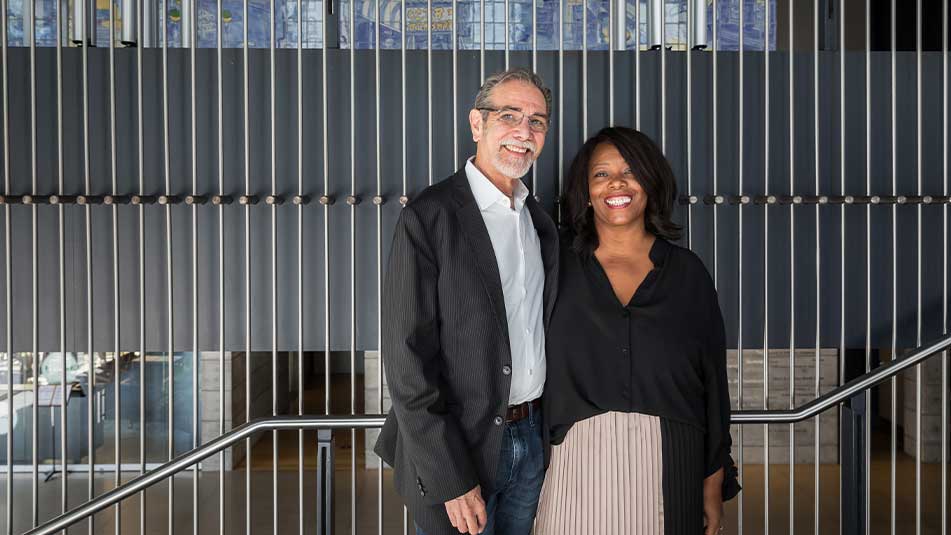 A Message from the Gordons

When SFJAZZ asked us about our experience as Members last year (see below), we described attending live shows as “like being the other player in the room.” This feeling, shared by many, represents SFJAZZ’s core values – all of us are an integral part of the performance and benefit from the community it brings.

How can we remain engaged and hopeful to effect the change we need, as the pandemic continues to affect communities of color disproportionately and our politics remain historically divided? Part of that answer is music–joining folks together, to expand and lift spirits.

SFJAZZ’s adaptation to digital artistic and educational presentations and artist revenue sharing will remain long after COVID is defeated. With that, we have new lanes to expand jazz and Black American music’s footprint in the San Francisco Bay Area and internationally.

Please join us in moving forward together. Thank you and stay safe.

Everything Comes Together at SFJAZZ

John Gordon and Margo Goodwin-Gordon became Leaders Circle Members in 2012, just before the SFJAZZ Center opened. Being supporters, they were invited to a private showing of the brand new building when it opened in 2013. That evening, it felt like their career paths were converging with their love for Jazz.

“Randall, [architect] Mark Cavagnero, and others were making speeches about their aspirations for the SFJAZZ Center. Every hope that they had that night for the Center has come true,” says Margo. “With John’s construction background and my fundraising experience, it was tying everything that was important to us together. This place is part of our journey, too.”

John is now retired from a long career as an Executive Vice President for Decker Electric, San Francisco, founded in 1896. Margo specialized in contracts and grants and was a fundraiser on the steering committee for the Charitable Campaign at the University of California Berkeley and worked in development on the campaign for the new building at the East Bay Center for the Performing Arts in Richmond which opened two years earlier in 2011. Both venues, modern yet intimate, were designed by architect Mark Cavagnero.

According to John, the decision to become Leader Circle Members went down like this: “When I got home one night, Margo was reading about how to contribute to the SFJAZZ building campaign and was excited and intrigued with the connection to her work at the East Bay Center for Performing Arts and wanted an opportunity as a founding member to be memorialized on the building. I thought, OK let’s do that … and that was the start.”

“My mother loved jazz. It’s been a part of my life,” Margo explains. “I grew up in the Bay Area and was in high school when a young, handsome Joshua Redman was on the rise at Berkeley High. Years later as restauranteurs, we brought our love of music and jazz to the wine country by hiring local musicians to entertain customers on Thursday nights and for Sunday brunch. Being around all this creative energy – I just gravitated to supporting a jazz venue that would be here and be dedicated solely to jazz. It’s part of Black culture and our American story. I wanted to have a part in it.”

“It’s the best form of philanthropy,” says John. “The added benefits you get with membership – it’s frosting on the cake, but it’s not the main reason. For sure, supporting the educational programs speaks to us. It was an easy decision, a natural progression for us.”

John’s musical upbringing in Los Angeles was also greatly influenced by his parents, who listened to jazz from the 1930s, including legends like Benny Goodman, Harry James and Louis Armstrong. John, himself, played trumpet in his school band and later, as an adult, with a group of retired musicians on nights and weekends. Meeting Trumpeters Wadada Leo Smith, Chris Botti, the late Hugh Masekela and Marquis Hill at SFJAZZ after a show, top his list of unforgettable musical experiences. 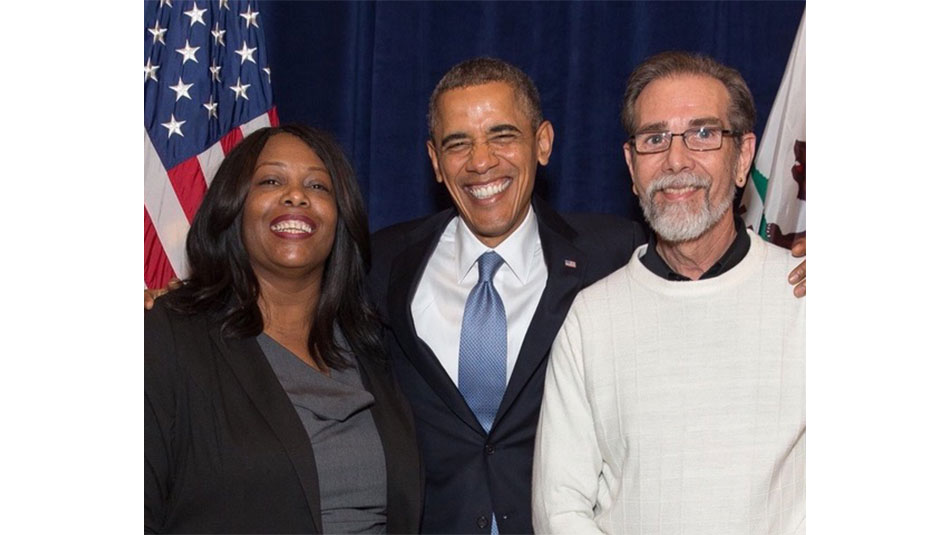 John and Margo with President Barack Obama at the SFJAZZ Center in 2013.

Promoting social change is also high on the priority list for the couple. They’ve had exciting brushes with some important civic leaders at the Center. They met President Barack Obama when he held a campaign event at SFJAZZ, and Margo was awestruck when she met renowned activist and current SFJAZZ trustee Angela Davis after the show they sponsored honoring Hugh Masekela, featuring South African Legends the Jazz Epistles.

But it’s attending the shows over the years that’s brought them the most joy. "Being at the shows is like being the other player in the room," says John. “I think jazz is democratic,” adds Margo. “That’s what I love about seeing a new show – just looking at the different people [in the audience] who love it – to me, that’s absolutely democratic. It mirrors how we should think about our culture. It’s like puzzle pieces fitting together.”

For Margo and John, their journey is multi-generational.

We took our granddaughter to SFJAZZ Girls Day and it was so empowering for her.

Margo’s nephew Courtney completed coursework at the SFJAZZ digital lab, and their granddaughter, Fiona, came to the Center when she was 12. “She’s an alto sax player,” says John. “We took her to SFJAZZ Girls Day and it was so empowering for her. She told me, ‘The instructor was so cool! It’s so great to see women who do this.’” Their grandson, Roan, plays trumpet and came to the Center to hear Terence Blanchard. Both Fiona and Roan currently perform in their high school jazz band.

In this new phase of their lives, Margo works as a visual artist/designer and John attends the Berkeley Jazz School perfecting his love of the trumpet. They are wonderfully content with how their lives have come together.

“It’s so nice to finally be in a place where we can focus on things like music, art, social issues and philanthropy,” says Margo. And so, they do.