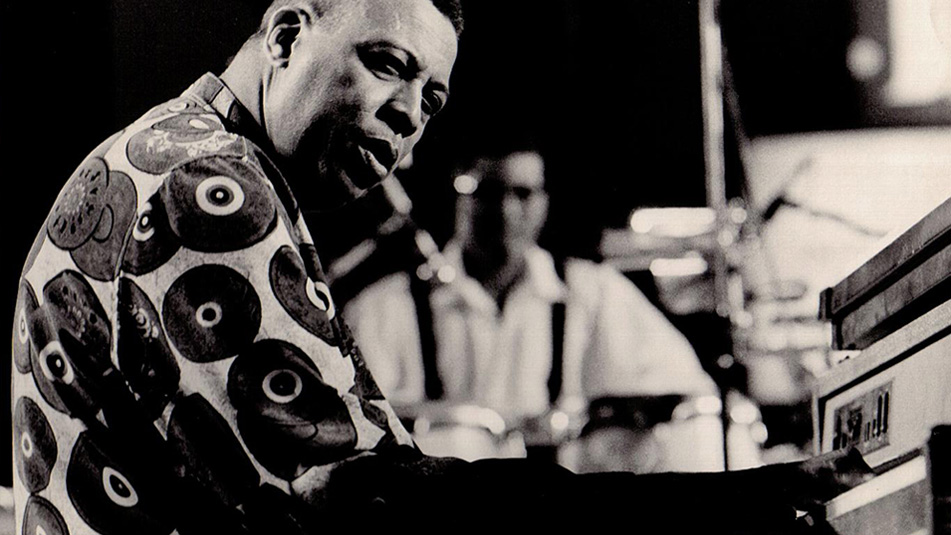 We can’t wait for tomorrow’s Fridays at Five streaming concert with piano master Chucho Valdés and the latest iteration of his iconic band, Irakere 45. Here’s a deep dive by staff writer Richard Scheinin about Valdés, the origin and history of the band, and the impact that the music had on Bay Area Latin jazz luminary and our Director of Education, Rebeca Mauleón.

The memory still jolts her.

It was June 1989 and 27-year-old Rebeca Mauleón arrived early at Ronnie Scott’s Jazz Club in London, making her way toward the front of the room. It was packed and Mauleón wanted to make sure she had a clear view of the keyboard. She was there to see pianist Chucho Valdés, one of her heroes, and Irakere, the groundbreaking band he had founded 16 years earlier in Havana. A Latin jazz pianist from San Francisco who’d nurtured an obsession with Cuban music ever since her mid-teens, Mauleón knew the band’s recordings inside out. They had a scary level of virtuosity about them – polyrhythmic, turning on a dime – and Mauleón remembers thinking that “they couldn’t possibly pull that off at a live concert, and boy was I pleasantly wrong. I was just overcome with the sheer musicianship, the scope and the complexity of the music, how effortlessly they played the most ridiculously complicated things, and how they included pretty much every genre of music that I had ever listened to. In one swoop, you’re listening to the Yoruban liturgical music of West Africa and bebop and funk, and you’re hearing the musicians’ formidable classical training, and it was just like this one amalgam of things – it was like a sonic boom that hit me.”

The tape decks were running at Ronnie Scott’s; Irakere’s album Felicidad was culled from the performances. “And if you go back and listen to that record, and you hear a woman screaming in the audience – that’s me,” Mauleón says.

That night during intermission, she ventured into the club’s green room, introduced herself to Valdés and struck up a conversation that touched on the subtleties of the clave, the five-stroke rhythmic pattern at the core of Afro-Caribbean music – and thus began a 30-year friendship. Valdés became a musical mentor, introducing her to members of his circle. He became a conduit into Cuban music for the young pianist, someone who helped her unravel its secrets. 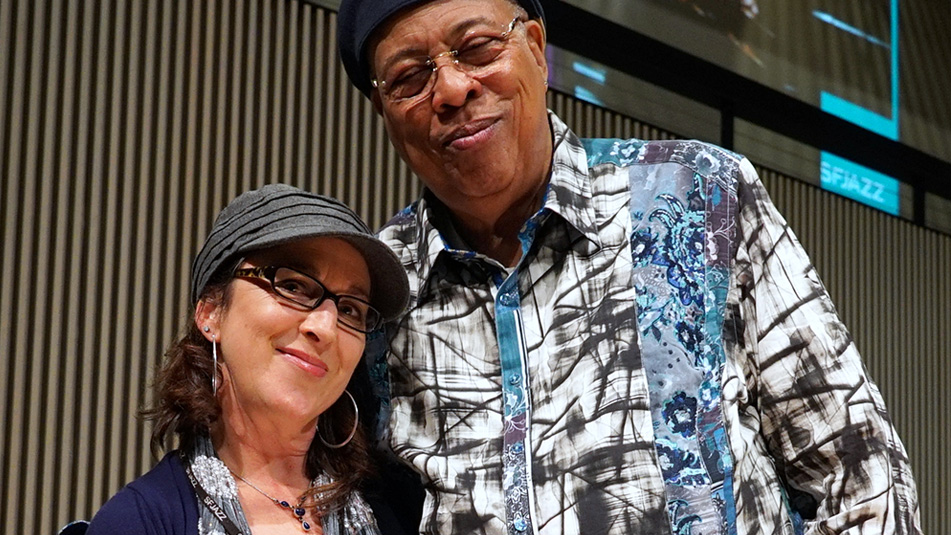 Chucho Valdés and Rebeca Mauleón at the SFJAZZ Center

Now Mauleón, Director of Education for SFJAZZ, has co-authored a book with Valdés: “Decoding Afro-Cuban Jazz: The music of Chucho Valdés & Irakere” (Sher Music). On the one hand, the volume is an explainer for musicians who feel intimidated by the complexities of Afro-Cuban rhythms and folk genres. The book breaks them down, demystifying the musical language and analyzing 11 songs by Valdés, who has penned about 250 compositions through the decades.

Beyond that, the book also aims for a general audience. It telegraphs the history of Cuban music in the last century by telling the stories of Valdés and his family – and of Irakere, which began as a kind of all-star rogue band, initially stifled by Cuba’s anti-jazz Ministry of Culture. Gradually, though, it found its audience in Cuba and caught the ear of American musicians including Dave Brubeck and Dizzy Gillespie, who became its champions and helped pave the way for its international rise. Led by Valdés, Irakere became a training ground for generations of Cuban virtuosi – the island’s version of Art Blakey and the Jazz Messengers.

Now 76, Valdés belongs to a lineage of Cuban pianism that is informed by both the conservatory and the street. His father, Bebo Valdés, was another legendary pianist whose friends included the pianist and composer Ernesto Lecuona, a figure of Gershwin-like stature in Latin America, whose canon is synonymous with Cuba’s pianistica tradition. When Chucho Valdés was growing up in Havana, his family’s living room was a musical laboratory and meeting place. Lecuona was often there; Valdés simply knew him as “Ernesto,” never putting two and two together until he was 14 or 15 years old. Then one afternoon when Ernesto came by the house, Bebo asked Chucho to sit down and play a piece for their guest: “Malagueña,” which was Lecuona’s signature tune; you could call it his “Summertime.” At which point it dawned on Chucho, suddenly feeling nervous, that this wasn’t any old “Ernesto.”

It’s in the book and it was told at the SFJAZZ Center on August 1, 2018 when she interviewed Valdés at a Listening Party, which kicked off a series of appearances by Valdés at SFJAZZ in the 2018-19 Season. On August 2-5, 2018 he performed in a duo with Gonzalo Rubalcaba, 20 years his junior, who has taken the pianistica tradition to lofty new places. On Jan. 31 at the 2019 SFJAZZ Gala, Valdés will receive the organization’s Lifetime Achievement Award – and begin his four-night stint (through Feb. 3) as a Resident Artistic Director, performing with the latest edition of Irakere. (He calls it “Irakere 45,” as a way of marking the group’s 45th anniversary.) Finally, on March 16, Valdés will perform in a duo with saxophonist Joe Lovano, another of the new Resident Artistic Directors at SFJAZZ. 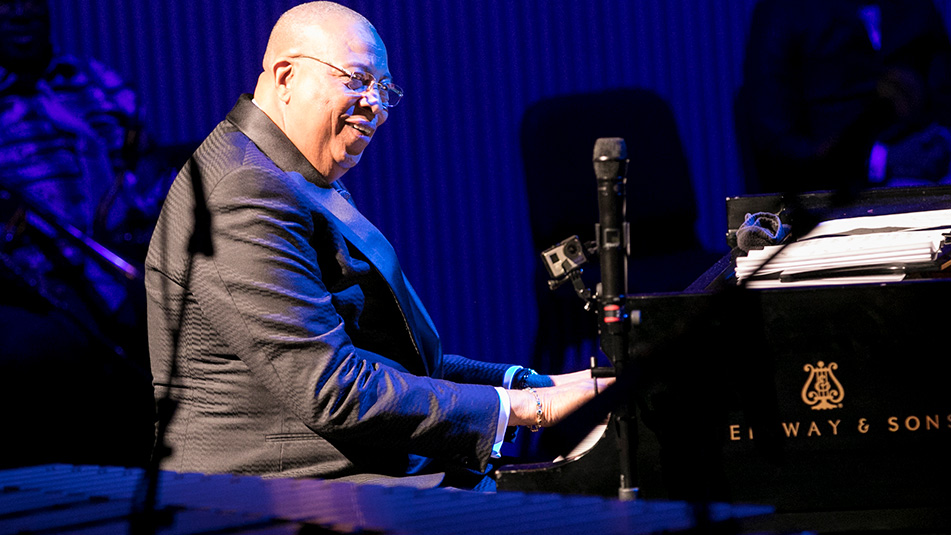 It was Valdés who asked Mauleón to collaborate on the book – to become his voice, in essence.

Her father’s ancestry is Basque, her mother’s is Eastern European. Both were professors of Spanish literature and Spanish was spoken at home. As an adolescent, Mauleón studied flamenco dancing. At 15, she was drawn to Santana’s recording of “Oye Como Va,” later discovering that it was based on a Cuban rhythm. Something clicked. She began to explore recordings by Cuban pianists including Peruchin and Lilí Martinez, authentic and influential players. Her obsession grew; as a graduate student at Mills College in Oakland, she wrote her masters thesis on the clave.

Traveling to Havana, Cuba, in 1990, Mauleón went looking for Irakere. She learned that the group “sometimes rehearsed at the sports stadium, under the bleachers, because they didn’t really have a space of their own. So basically, I was just very brazen,” she says, describing how she snuck into the stadium and said hello to Valdés, who remembered her from Ronnie Scott’s and introduced her to the other musicians. “It would be as if someone came to the United States and decided, `Oh, I’d like to hang out at Beyonce’s and Jay-Z’s house.’ That’s certainly what it felt like to me.”

In 1993 in Cuba, she worked with Valdés as his co-clinician and translator at a two-week intensive program for foreign musicians. Over the years, the friendship grew: If Valdés performed in San Francisco, he, Mauleón and her husband Manolo Santana, a former record producer from Cuba, would go out after the show and close down a restaurant in North Beach. Backstage at SFJAZZ in 2014, Valdés suggested the book collaboration and it wasn’t long before Mauleón began phoning him to tape lengthy conversations about his life.

The conversations covered the hothouse musical environment in the Valdés living room in Havana and how he enrolled in conservatory at age 9 and graduated at 14. When Bebo Valdés left Cuba in 1960, his son – only 19 years old – inherited his father’s directorship of the house band at Havana’s Tropicana Club, the famous hangout for musicians, mobsters and international film stars.

In 1967, Chucho Valdés joined the Orquesta Cubana de Musica Moderna (a.k.a. the Modern Music Orchestra), an innovative band that pointedly avoided using the word “jazz” when describing its mission – which is one reason it carried the Cuban government’s endorsement. Throughout the ‘60s, Valdés and his colleagues stayed current with American jazz by listening to the Voice of America on their shortwave radios. The first time Valdés heard pianist McCoy Tyner, he told Mauleón, the hairs stood up on the back of his neck. He recalled how he and his friends huddled around the radio to absorb the first Lifetime album by drummer Tony Williams. Sometimes Valdés would spend an entire month transcribing all the parts on a single American jazz LP, which he had recorded off the radio and onto reel-to-reel tape. 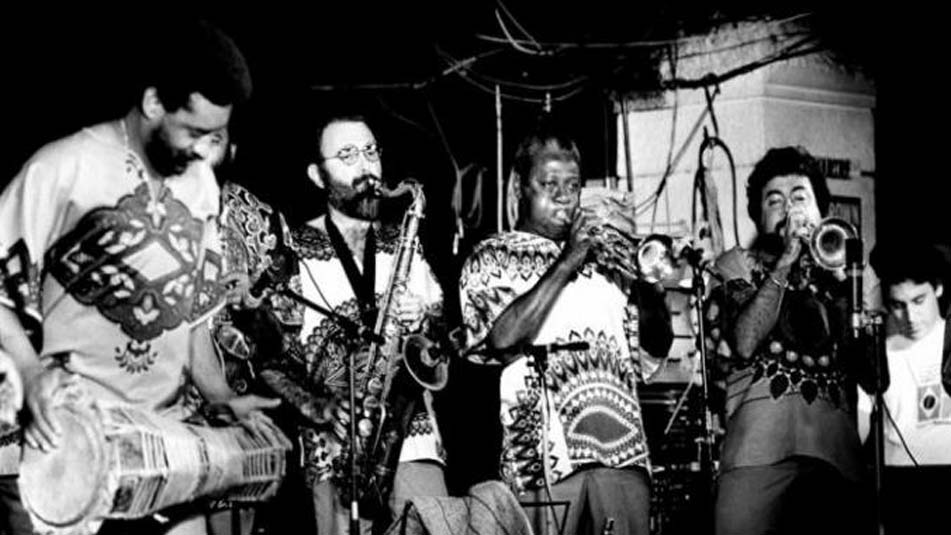 In the Modern Music Orchestra, Valdés found kindred spirits, including guitarist Carlos Emilio Morales, saxophonist Paquito D’Rivera and trumpeter Arturo Sandoval. These musicians began hanging out on their own, comparing notes and working up musical material. By the early ‘70s, they were listening broadly: to Earth, Wind & Fire and Blood, Sweat & Tears, to electric Miles Davis and Weather Report. Throw in the fact that they were trained in 12-tone harmony and the sacred music of Santeria, and you had quite a mix ready to happen when these and other musicians stepped out of the Modern Music Orchestra and became the brand new band known as Irakere. Eventually, they forced the government’s hand: As Irakere was getting more gigs than the Modern Music Orchestra, the Ministry of Culture buckled and granted approval to this openly jazz-influenced ensemble.

In the group’s early days, Valdés tailored his compositions to suit the individual voices of his soloists. Much as Duke Ellington had built his compositions around Johnny Hodges and Rex Stewart, Valdés wrote tunes to reflect the strengths of D’Rivera and Sandoval. But while Irakere “always had enough bebop references for the jazz heads in the audience,” Mauleón says, “the music was also danceable enough for the Cuban public.”

By 1977, Irakere had toured extensively in the Soviet Bloc countries of Eastern Europe. Then came its breakthrough. When the band performed at the Newport and Montreux jazz festivals in 1978 – Columbia Records taped the shows for the GRAMMY-winning Irakere album – “it was riding a wave,” Mauleón continues. “Irakere busted out in their dashikis and their Afros and made this statement acknowledging the African DNA in their music, acknowledging the Yoruban folk roots, the jazz and the dance music, saying it all comes from the same place – and that took some audacity. Irakere was a catalyst for musical openness. Whereas the country may not have been open, the music was open. And they were always searching for more. I think that’s what Irakere did: It gave other musicians, young Cuban musicians, a license to feel, `That’s okay.’ The government might tell you, `That’s not cool,’ but the universe is telling you, `It’s cool.’ That’s deep, and Chucho continues to be defined by that kind of openness. He’s in awe of young people who are doing creative things. He’s looking at the classical world and the jazz world, and he’s saying, `Let’s throw it all in the mix.’ He’s 76 years old and he’s still thirsty for musical adventure.”