15 Trumpet Albums You Should Hear

15 JAZZ TRUMPET ALBUMS
YOU SHOULD HEAR 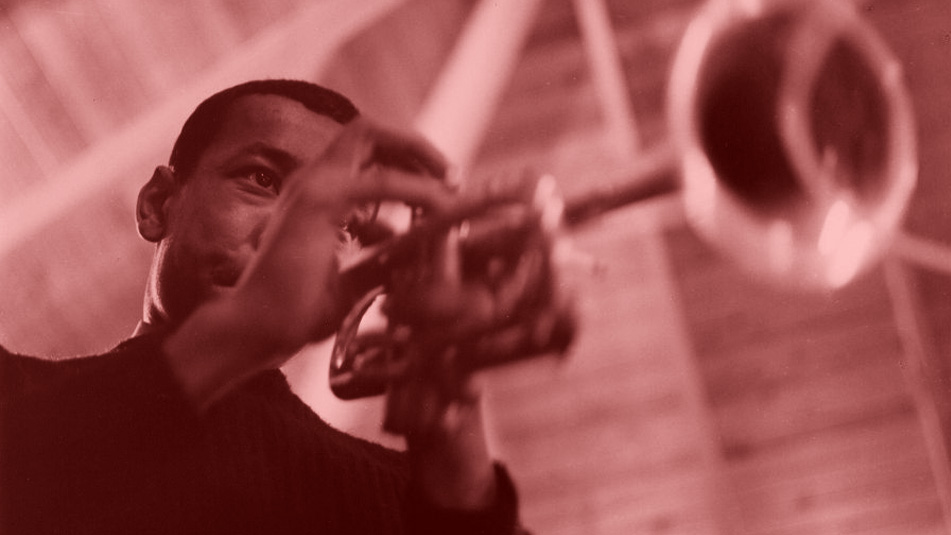 We present fifteen trumpet-led sessions that should be considered required listening. This is not intended to be a definitive “best albums or artists of all time” list. Instead, this list contains a selection of albums highlighting important moments in the evolution of the music and focuses on the diversity of expression among trumpeters in jazz history. 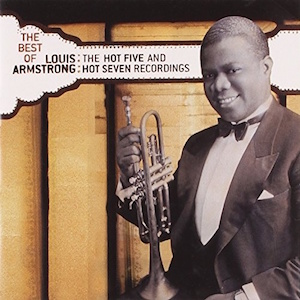 Louis Armstrong
The Best of the Hot Five and Hot Seven Recordings (1925-28, compilation 2000)
Amstrong’s most influential period is documented on these priceless sessions from the late 20s, establishing Armstrong’s singular genius and changing the focus of the music from ensemble playing to a showcase for the soloist. Featuring trombonist Kid Ory and pianist Lil Hardin, this collection was added to the National Recording Registry of historically important recordings in 2002. 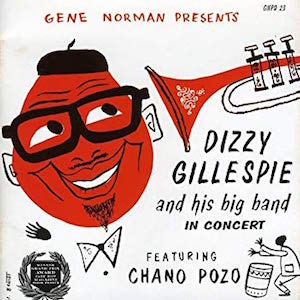 Dizzy Gillespie
Dizzy Gillespie and his Big Band in Concert (1948)
Gillespie was both a bebop innovator and a developer and champion of Afro-Cuban jazz. Those two aspects of his career are brilliantly displayed on this live 1948 recording from the Pasadena Civic Auditorium featuring saxophonist James Moody and Cuban percussion legend Chano Pozo, who died shortly after this recording was made. 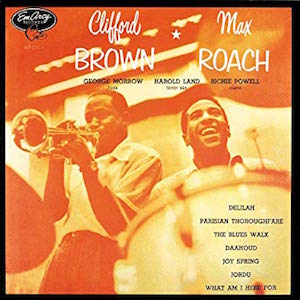 Clifford Brown / Max Roach Quintet
Clifford Brown and Max Roach (1954)
One of the great partnerships of the bebop era, tragically cut short by the death of trumpet giant Clifford Brown in 1956. This collection presents Brownie at his exuberant best, with definitive takes of Brown’s standards “Joy Spring,” “Daahoud,” and “The Blues Walk” balanced with the work of Duke Jordan, Bud Powell, and Duke Ellington. 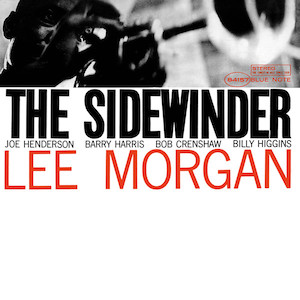 Lee Morgan
The Sidewinder (1963)
Only 25 at the time of its release, Lee Morgan made The Sidewinder during a magic period for jazz innovation, and it remains an indispensible classic synonymous with Blue Note. Named for Morgan’s career-defining opening track, The Sidewinder was rooted in hard bop, but pointed to the soul-jazz trend that would consume the jazz world later in the decade. 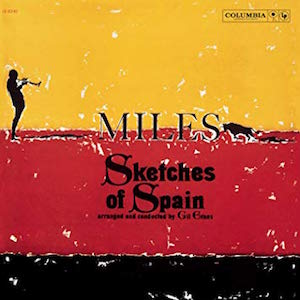 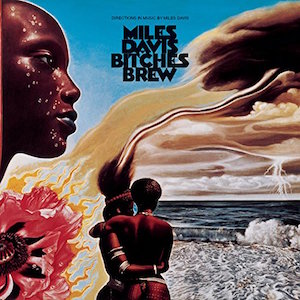 Miles Davis
Sketches of Spain (1960), Bitches Brew (1970)
It’s amazing to consider that in just 10 years, the bellwether of jazz innovation could make two statements so drastically dissimilar on the surface, yet so linked by their visionary conceptions and ingenious executions. From Gil Evans’ masterful jazz orchestra arrangement of the adagio from Joaquín Rodrigo’s 1939 “Concierto de Aranjuez” to the explosive merging of modern rhythms, improvisation, and production, these are but two facets of a boundlessly creative mind. As Davis told the Washington Post in 1969, “I have to change. It’s like a curse.” 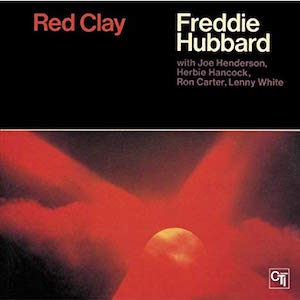 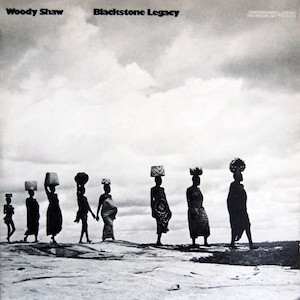 Woody Shaw
Blackstone Legacy (1970)
Shaw’s debut as a leader could scarcely been have been more auspicious than this politically charged post-bop landmark, blending drummer Lenny White’s surging percussion with the electric piano of George Cables and the tightly coiled horn ensemble that matches Shaw with saxophonists Gary Bartz and Benny Maupin. Haunting, melodic, and sharp as a blade. 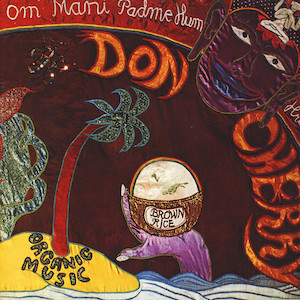 Don Cherry
Brown Rice (1975)
Coming to prominence through his association with maverick saxophonist Ornette Coleman’s classic 1950s-60s quartet, Cherry was a pioneering figure in incorporating global influences into what is loosely called the “avant-garde.” This 1975 triumph integrates Indian, African and Arabic influences with electronics and free improvisation. 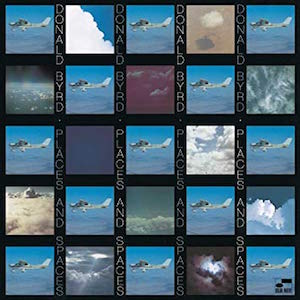 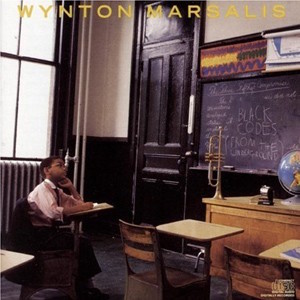 Wynton Marsalis
Black Codes (From the Underground) (1985)
The so-called “young lions” of the 1980s brought renewed life into pre-fusion acoustic jazz based on swing rhythms and the blues, with young New Orleans-born trumpeter Wynton Marsalis leading the charge. This 1985 release, his seventh recording in four years, is arguably the best representation of his early career, winning two GRAMMYs that year. 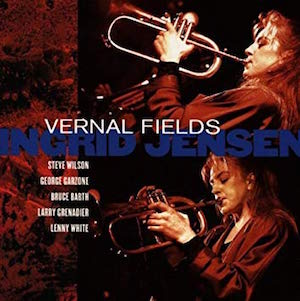 Ingrid Jensen
Vernal Fields (1994)
Just 32 when this debut was released, the Vancouver-born Jensen made a major statement with Vernal Fields, establishing a career as one of the great post bop trumpeters to rise in the late 20th century. Alternately fiery and contemplative, Jensen shines brightly on this collection of re-imagined standards and sinewy originals featuring Steve Wilson, Larry Grenadier, and Lenny White. 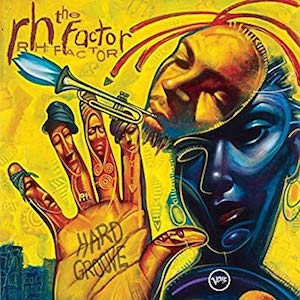 Roy Hargrove's The RH Factor
Hard Groove (2003)
Hargrove’s meteoric rise in the 1990s saw the young Waco, Texas native building a reputation as a fire-breathing post-bop traditionalist, but by the end of the decade he had deeply immersed himself in the neo-soul movement, working with D’Angelo, Common, and Erykah Badu. All three of them appeared as guests on this groove-heavy debut with his RH Factor project. 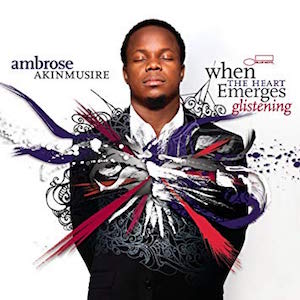 Ambrose Akinmusire
When the Heart Emerges Glistening (2011)
Winner of the 2007 Thelonious Monk Competition, Oakland-born Akinmusire emerged as one of the finest trumpeters of his generation with his Blue Note debut, featuring a brilliant cross-section of post-bop, ballads, free jazz, and hip-hop influenced material. Balancing heartfelt emotion with an acute social consciousness, this superb recording continues to resonate. 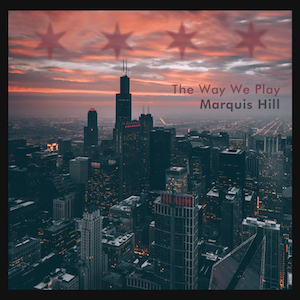 Marquis Hill
The Way We Play (2016)
Chicago’s Marquis Hill has developed a trumpet sound as brawny and visceral as his hometown, and an advanced compositional approach that sets him distinctly apart from his contemporaries. Featuring the Thelonious Monk Competition winner’s telepathic working band The Blacktet including vibraphonist Justin “Justifan” Thomas and drummer Makaya McCraven, The Way We Play is the sound of today.