Inspiring the Next Generation with Jazz 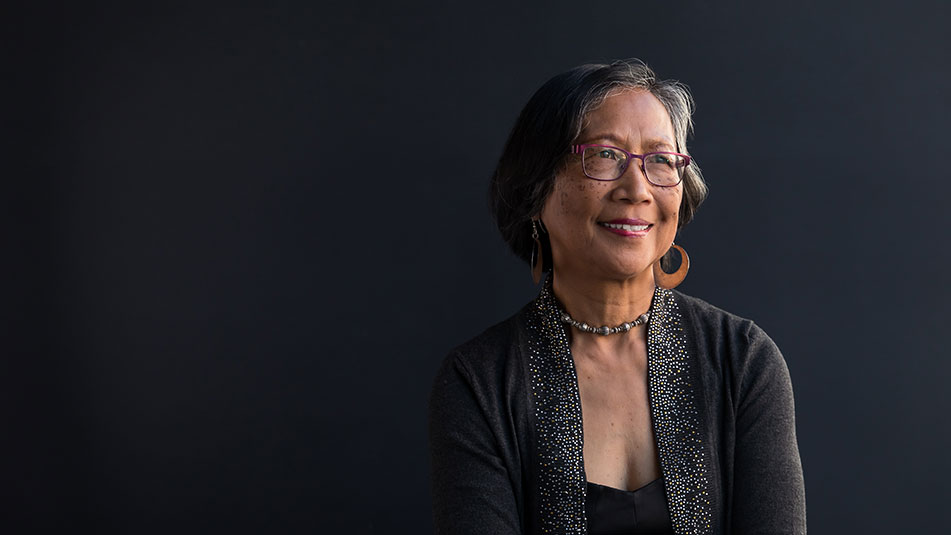 A San Francisco native, Juanita Tamayo Lott enjoyed a Washington, D.C. career in the federal statistical system. A demographer/statistician and former director of the federal government's Office of Asian American Affairs in the Department of Health, Education and Welfare in the 1970s, she had just finished her work on planning the 2010 Census. Then a blizzard hit Washington, D.C. dumping 46 inches of snow over two days on her driveway. Her husband had recently passed, her children were grown and living in other states, and she was done. Juanita decided to retire from the federal statistical system and – after 38 years away – return to San Francisco.

Lott grew up in the Western Addition, near Japantown, coming of age in the Halcyon heyday of the mid-to-late-‘60s San Francisco music scene.

Even in the years before Bill Graham started booking The Fillmore, and Santana, Sly & the Family Stone and Jerry Garcia became nationally known, Juanita and her friends would walk down to Civic Center from her grammar school, the historical Morning Star School at Pine & Octavia, and go to the symphony and the opera. They took buses to the bandshell in Golden Gate Park to see free concerts every Sunday. The vitality of the music and arts all around her made a permanent, indelible impression and remained an important part of her life. 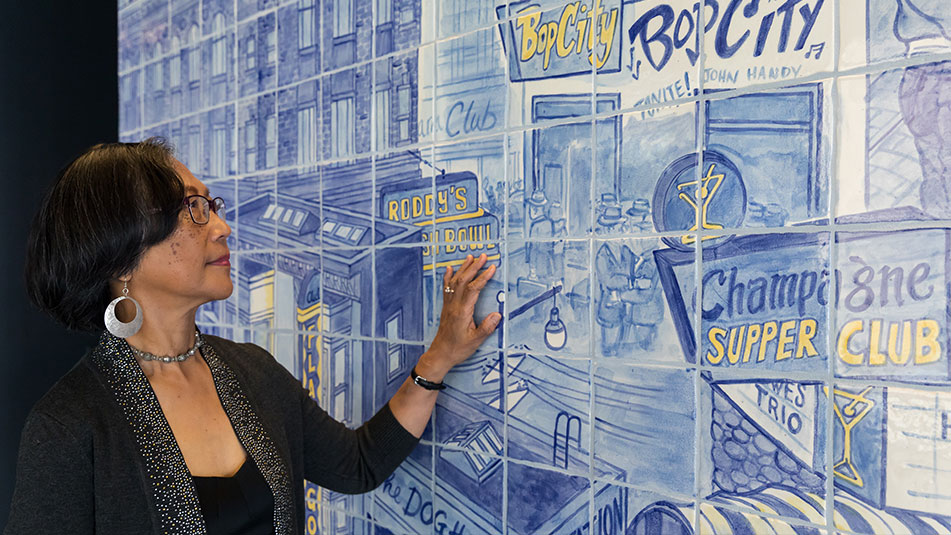 Juanita finds the San Francisco venues she has frequented in the SFJAZZ Center mural.

Being gone for 40 years, Juanita did not recognize much musically from the late-‘60s and early ’70s, but her old childhood friends and extended family said that SFJAZZ was unique – the only place that was devoted to jazz. Juanita started attending shows and getting to know the staff. “They were very open-minded about the kinds of music and kinds of audiences, and I just thought it would be home, a down-home place.” And so she became a Leaders Circle Member in 2011.

For some time, SFJAZZ became the go-to place where Juanita would host her friends and family, and she would host gatherings around concerts for her University of Chicago and San Francisco State University alumni groups. Juanita was no stranger to organizing having been part of the heroic 1968-1969 student strikes at San Francisco State University, which is the topic of her recent memoir Golden Children: Legacy of Ethnic Studies, SF State.

Flash forward to present day and Juanita, 70, doesn’t get out to the same number of shows that she used to. However, supporting the Center is still just as important to her now as it was then.

“What I really like is that there is a focus on education; the work being done with our younger folks, and particularly that SFJAZZ goes to the middle schools.”

With support from a $3 million grant and Leaders Circle support like Juanita’s, SFJAZZ will bring music instruction to 23,000 middle students in the San Francisco and Oakland Unified School Districts by 2020.

The music education programs fulfill Juanita’s deep-seated desire to give the gift of music to San Francisco’s youngest generation – so they have the same kind of exposure to wildly creative music that she received in her formative years here.

Jazz is an American invention. And it tells us about the American culture. We’re a very young culture, we’re not even 250 years old, and we’re only five percent of the world’s population.

But that desire is also informed by insights uncovered over the course of her career.

“My background is in demography and statistics, and my feeling is that if we can get people literate in music, that really is a saving grace because music is the universal language.”

When Juanita looks at jazz through her lens as a demographer, she sees the eclectic genre belonging no more or less to any particular ethnicity than any other.

“No, I don’t see it that way at all,” she says. “I see jazz as an American form – that’s the influence of geography. A Filipino growing up on the West Coast is very different from a Filipino in Hawaii, let alone a Filipino in the Philippines or a Filipino in Madrid.

In a larger sense, she says, “We are all brothers and sisters. We are all from the same planet. Music, especially jazz, is a wonderful way to get us together and do things together.

“We need well-rounded people who have a love for music early in life. SFJAZZ speaks to different generations, and if they continue that, I think we’ll be okay as a country.”