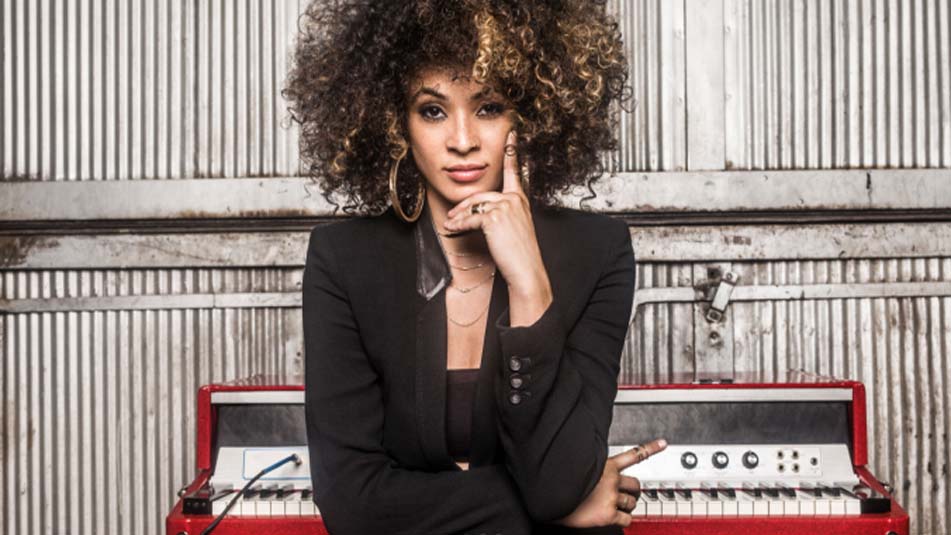 With over 330, there's a lot to catch in SFJAZZ's mammoth 2017-18 Season. While we've brought back many fan favorites and SFJAZZ mainstays, there's also a ton of emerging artists who'll make their SFJAZZ debut (as a leader) this Season. Here's 11 to look out for!

Drummer Sammy Miller wants to bring jazz to the people and he’s found true believers in the young members of his six-piece Congregation. Evangelists of swing, they’ve earned an avid New York City following by drawing on a century of American songs, inviting listeners in with familiar melodies and rollicking rhythms – all captured beautifully in a video performance of "Li'l Liza Jane."

Manchester-based GoGo Penguin turns this most venerable jazz construct on its ear, infusing direct influences from contemporary electronic music and modern classical concepts into their singular ensemble approach that “defies genre, pulling together influences from trip-hop, classical, jazz and more.” (The Wall Street Journal). And the trio's videos are always stunning.

A creative dynamo on the Bay Area music scene, trumpeter Will Magid is a bandleader and mover-and-shaker whose celebratory music brings together a vast and disparate cast of players in the ensemble Alligator Spacewalk. Here's the group's debut performance at SF's revered Yerba Buena Gardens Festival.

Portland-based Y La Bamba mixes folkloric traditions and contemporary pop sounds, led by the magnetic young vocalist Luz Elena Mendoza, called “one of the most innovative and exciting young vocalists around” (NPR), also great descriptors for the visuals on "Libre."

The Oakland-born pianist-composer is a highly trained improviser with deep insights into the jazz tradition. The only reason Kev Choice isn’t better known on the West Coast jazz scene is that he’s spent much of the past two decades immersed in hip hop and R&B, toruing and recording with Michael Franti and Spearhead, Lyrics Born, Too $hort, Ledisi and fellow Skyline High grad Goapele. In 2007, Lauryn Hill recruited him as music director, and he spent 18 months touring internationally with her. Here's Kev Choice doing his own thing.

After working with artists as diverse as Pharoah Sanders, Carlos Santana, Q-Tip, and Stevie Wonder, Jaimeo Brown released his groundbreaking 2013 Motéma album Transcendence, which married explosive instrumentals with field recordings of slave songs and the famous Gee’s Bend quilters of rural Alabama. His followup 2016 release, Work Songs, is devoted to songs of labor, from prison field hollers of the Deep South to the work-related folk songs of Japan and India.

25-year-old Samora Pinderhughes is an alumnus of the SFJAZZ High School All-Stars program and a protégé of piano giant Kenny Barron, who mentored Pinderhughes while the budding keyboardist was a student at Julliard. His latest project, The Transformations Suite, is a multimedia work combining music, theatre, and poetry to examine the radical history of resistance within the communities of the African Diaspora, and was recently featured on NPR's Jazz Night In America.

Daymé Arocena's powerful voice is "a deft combination of Aretha Franklin's soul and the sabor of Cuban music queen Celia Cruz" (NPR). She takes you straight to Cuba in her latest video.