Artists We Lost in 2020
In Memoriam 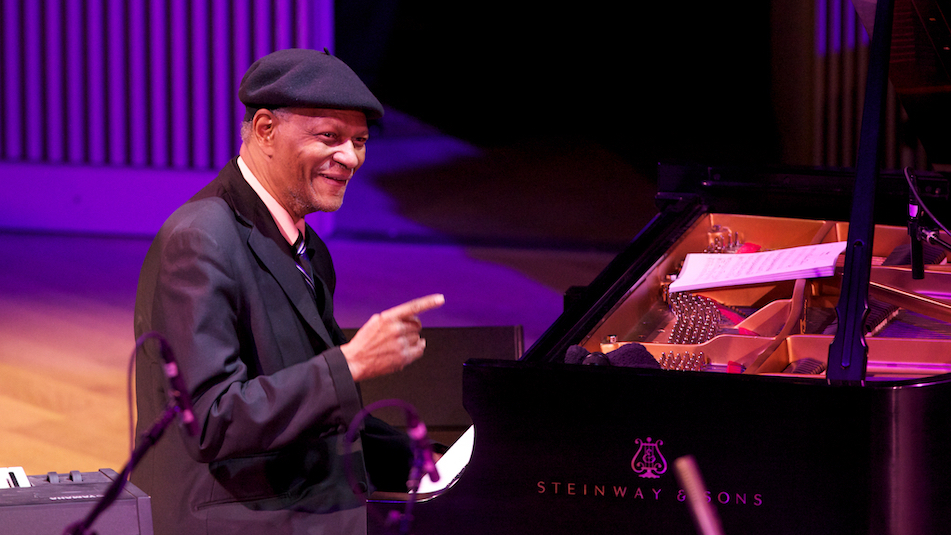 With an extraordinarily difficult 2020 now behind us, we stop to remember the many jazz and related musicians we lost during the year, many from COVID-19. This is not necessarily a complete list.

Jimmy Heath (10/25/26–1/19/20)
Saxophone great and middle brother of the legendary Heath brothers, Heath recorded over 100 albums as a leader, as co-leader with his brothers, and as a sideman with Art Farmer, Milt Jackson, and Cal Tjader, among others. He was a 2003 NEA Jazz Master.

Lyle Mays (11/27/53–2/10/20)
Best known as a long-term collaborator with guitarist Pat Metheny, the keyboardist, composer, and arranger appeared on a dozen recordings with Metheny and co-led the landmark 1981 ECM album As Falls Wichita, So Falls Wichita Falls.

McCoy Tyner (12/11/38–3/6/20)
A towering figure in jazz and among the most influential pianists of all time, Tyner was perhaps best known as a member of John Coltrane’s epochal quartet, appearing on the saxophonist’s iconic 1964 Impulse! release A Love Supreme among over two dozen other classics. As a sideman, he worked extensively with Wayne Shorter, Freddie Hubbard, Joe Henderson, Bobby Hutcherson, Grant Green, Hank Mobley, Lee Morgan, and Stanley Turrentine, among others. Tyner was one of the most prolific bandleaders in jazz, recording 73 sessions and contributing innumerable songs to the standards songbook including “Passion Dance,” “Inception,” “Peresina,” “Contemplation,” “Search for Peace,” “Blues on the Corner,” “Walk Spirit, Talk Spirit,” and “Four by Five.” He was named an NEA Jazz Master in 2002.

Marcelo Peralta (3/5/61–3/10/20)
The Argentinian saxophonist was among the most versatile and innovative musicians on the European jazz scene, and had the unfortunate distinction of being one of the first globally-known jazz musicians to succumb to COVID-19.

Danny Ray Thompson (10/1/47–3/12/20)
A baritone saxophonist who spent five decades as a foundation of the Sun Ra Arkestra, Thompson recorded dozens of albums with the band since his debut in 1967, also serving for many years as manager, arranging album distribution and tours.

Mike Longo (3/19/37–3/22/20)
The superb pianist served as Musical Director with Dizzy Gillespie for nearly two decades, and worked with Cannonball Adderley, Roy Eldridge, and Lee Konitz. He led a trio for 42 years, recording 15 albums, and passed from COVID-19 at 83.

Manu Dibango (12/12/33–3/24/20)
An iconic artist who fused jazz, funk, and rhythms from his native Cameroon, the saxophonist is best known for his 1972 single “Soul Makossa” that became a wildly popular dance club hit. He passed at age 86 from COVID-19.

Bill Withers (7/4/38–3/30/20)
An iconic singer and songwriter, the three-time GRAMMY winner and 2015 Rock and Roll Hall of Fame inductee contributed a collection of songs that have become part of the American cultural fabric, including “Lean on Me,” “Ain’t No Sunshine,” “Just the Two of Us,” “Use Me,” and “Lovely Day.”

Wallace Roney (5/25/60–3/31/20)
Mentored by Miles Davis, Dizzy Gillespie, and Clark Terry, the trumpeter recorded 21 albums as a leader and worked with Art Blakey’s Jazz Messengers, Tony Williams, the Miles Davis Quintet alumni band VSOP, and many others. He passed from COVID-19 at age 59. 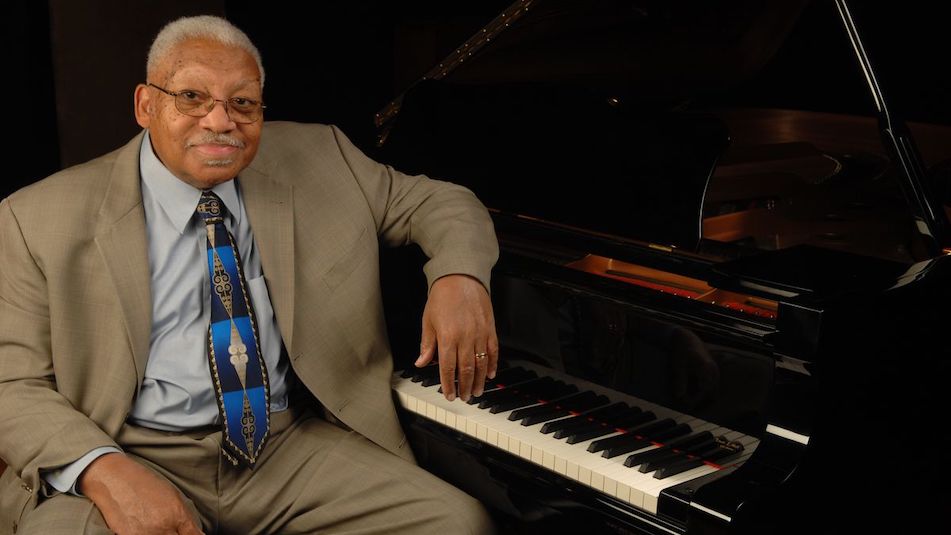 Bucky Pizzarelli (1/9/26–4/1/20)
A veteran guitarist who collaborated with Benny Goodman, Les Paul, Stéphane Grappelli, and Antônio Carlos Jobim, Pizzarelli was a noted session musician, staff musician on The Tonight Show, and father of guitarist John Pizzarelli. He died of COVID-19 at age 94.

Onaje Allan Gumbs (9/3/49–4/6/20)
An excellent pianist who worked widely in straight-ahead, fusion, and avant-garde settings, Gumbs recorded a series of fine albums in starting in the 1970s, and had memorable associations with Woody Shaw, Billy Cobham, Lenny White, and others. He passed from COVID-19 at age 71.

Andy González (1/1/51–4/9/20)
One of the great Latin jazz bassists, the NYC native was known widely for his work in the Fort Apache Band he co-founded with his brother, trumpeter Jerry González, as well as associations with Ray Barretto, Conjunto Libre, and Eddie Palmieri.

Ryo Kawasaki (2/25/47–4/13/20)
The innovative guitarist became known through his early 1970s association with Gil Evans. He recorded 24 albums over his career, worked with Elvin Jones, Chico Hamilton, and Joanne Brackeen, and was a pioneer of the guitar synthesizer. 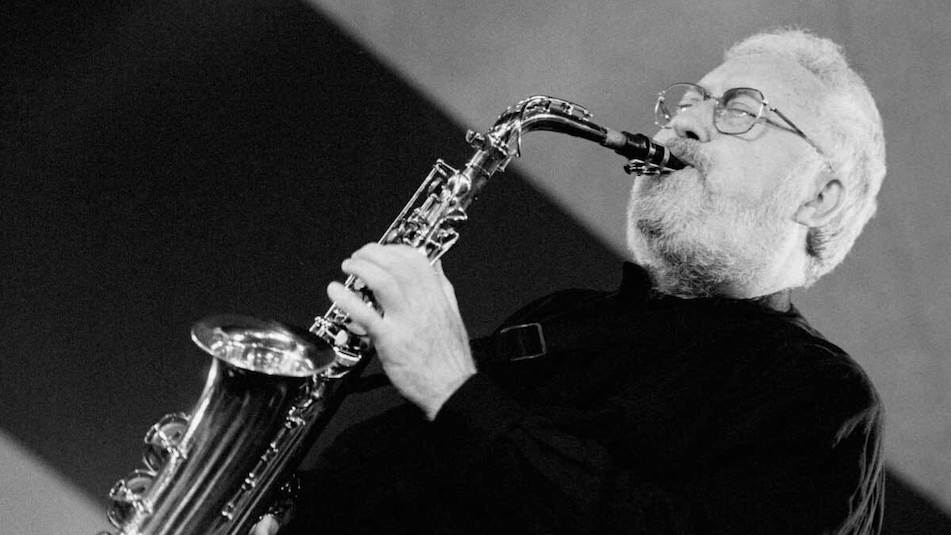 Lee Konitz (10/13/27–4/15/20)
Often associated with the so-called “cool jazz” movement of the late 40s and early 50s, the alto saxophone legend had a lengthy association with pianist Lennie Tristano and worked with the Miles Davis nonet on the landmark 1949 and 1950 sessions that were released as Birth of the Cool. The 2009 NEA Jazz Master recorded a series of acclaimed albums for Verve in the 1950s and 60s, and remained a major voice over the years, embracing bebop, the avant-garde, hard bop, and pop with collaborators including Dave Brubeck, Brad Mehldau, Bill Frisell, and Elvis Costello. He passed from COVID-19 at age 92.

Henry Grimes (11/3/35–4/15/20)
A popular bassist in hard bop, Grimes worked with Thelonious Monk and Sonny Rollins in the 50s and 60s before embracing the avant-garde. He disappeared from music for three decades, and was re-discovered in the 21st century. He died from COVID-19 at 84.

Tony Allen (7/20/40–4/30/20)
Best known as the drummer and afrobeat pioneer who powered the music of legendary Nigerian saxophonist and composer Fela Kuti, Allen co-founded the massively influential band Africa 70 with Kuti in 1969, recording over 30 albums. Allen found inspiration in American jazz drummers Max Roach, Elvin Jones, and especially Art Blakey, to whom he dedicated the 2017 EP A Tribute to Art Blakey for Blue Note Records.

Richie Cole (2/29/48–5/2/20)
The alto saxophonist was among the most notable saxophonists to emerge in the 1970s, working with Buddy Rich, Lionel Hampton and Doc Severinsen. He recorded 50 albums and collaborated with Hank Crawford, Red Rodney, and the Manhattan Transfer. 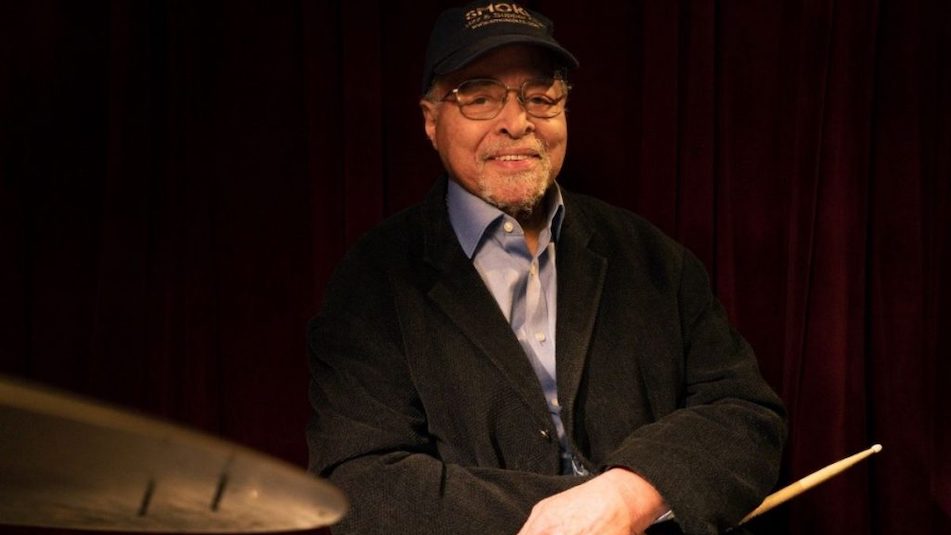 Lennie Niehaus (6/11/29–5/28/20)
An alto saxophonist, composer, and arranger, Niehaus was affiliated with the West Coast scene, known for his work with Stan Kenton. He had a long career as a television and film composer and arranger, primarily for the movies of Clint Eastwood.

Freddy Cole (10/15/20–6/27/20)
The singer and pianist’s career spanned nearly seven decades and 37 albums, most recently in tribute to his older brother, the legendary Nat “King” Cole. He collaborated with artists including Benny Golson, Earl Bostic, and Grover Washington Jr.

Johnny Mandel (11/23/25–6/29/20)
A 2011 NEA Jazz Master, Mandel was one of the greatest composer/arrangers in jazz, working with Count Basie, Chet Baker, Stan Getz, Woody Herman, Quincy Jones, and Tony Bennett. He composed for innumerable films and television shows as well. 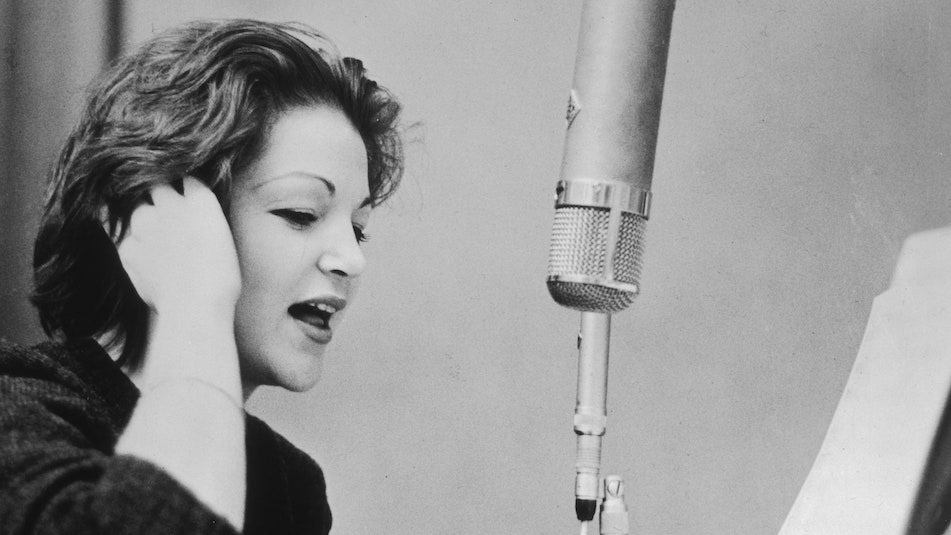 Helen Jones Woods (11/14/23–7/25/20)
The gifted trombonist began her association with the International Sweethearts of Rhythm at age 11 when it was still a Mississippi school band, through its heyday as the top female jazz band in the 1940s to its dissolution in 1949. She died of COVID-19 at 96.

Belle du Berry (4/8/66–8/9/20)
Paris Combo vocalist and co-founder de Berry formed the group in 1995, recording eight albums and performing regularly at SFJAZZ. She participated in the Fridays at Five live chat for Paris Combo’s streaming concert two months before passing from cancer at 54.

Joe Segal (4/24/26–8/10/20)
The legendary impresario and 2014 NEA Jazz Master opened Chicago’s oldest jazz club, The Jazz Showcase, in 1947. The club launched the careers of many jazz greats and presented nearly all the major names on the scene from its opening until today.

Steve Grossman (1/18/51–8/13/20)
A fiery tenor saxophonist known for his work with Miles Davis and Elvin Jones in the early 70s, he appeared on the Davis landmarks A Tribute to Jack Johnson, Live-Evil, and Live at the Fillmore East. He recorded steadily as a leader from 1974 into the 21st century.

Gary Peacock (5/12/35–9/4/20)
The master bassist and composer was best known as the anchor of pianist Keith Jarrett’s remarkable Standards Trio with drummer Jack DeJohnette for over 30 years, recording 20 albums. He led and co-led nearly 40 albums, and worked widely with Paul Bley, Albert Ayler, Bill Evans, Tony WIliams, and Miles Davis, among others.

Stanley Crouch (12/14/45–9/16/20)
A 2019 NEA Jazz Master and a 1993 recipient of the MacArthur Foundation “genius” grant, the legendary jazz critic and author began his music career as a drummer before moving into writing full-time as a cultural critic at The Village Voice. He was a columnist and contributor to the New York Daily News, The New York Times, and JazzTimes, among other publications, wrote liner notes for over 100 albums, and authored numerous books. 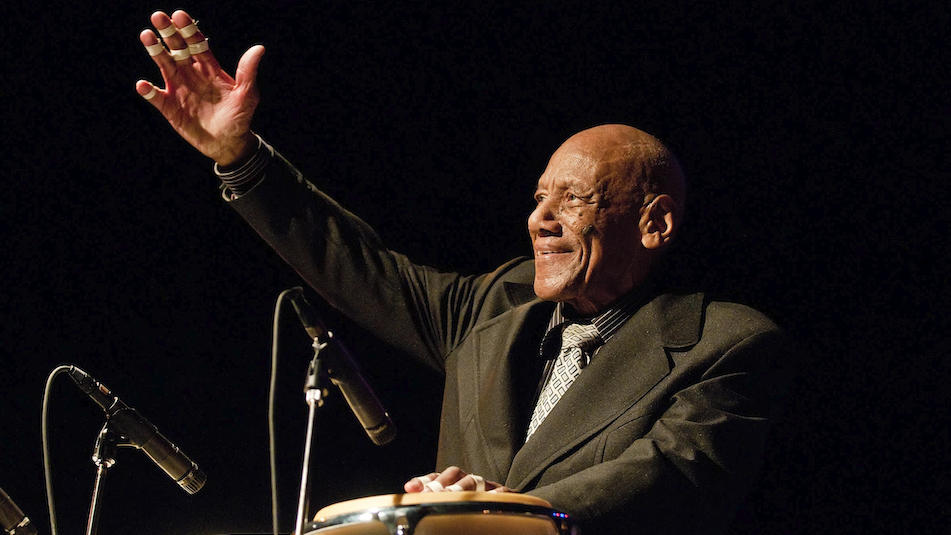 Candido Camero (4/22/21–11/7/20)
The Afro-Cuban jazz pioneer, percussionist, and 2008 NEA Jazz Master innovated the use of multiple conga drums by a single player. He led 20 albums and worked with artists including Dizzy Gillespie, Duke Ellington, Art Blakey, and Bobby Hutcherson.

Andrew White (9/6/42–11/11/20)
A remarkable multi-instrumentalist, White was active in both jazz and R&B, performing as a saxophonist with McCoy Tyner, Elvin Jones, Otis Redding, and Julius Hemphill. As a bassist, he worked with Stevie Wonder, the 5th Dimension, and Weather Report.

Jeff Clayton (2/16/55–12/16/20)
The saxophonist was best known as musical partner with his brother, bassist John Clayton, in the Clayton Brothers band and co-leader of the Clayton-Hamilton Jazz Orchestra. He was a veteran of session work with Frank Sinatra, Ella Fitzgerald, Lionel Hampton, Dianne Reeves, B.B. King, Ray Charles, and the Count Basie Orchestra.

Frank Kimbrough (11/2/56–12/30/20)
A superb pianist, bandleader, and in-demand sideman, Kimbrough held the piano chair in the Maria Schneider Orchestra for over 25 years. He released over a dozen albums as a leader and worked with Ben Allison, the Jazz Composers Collective, and David Bowie.