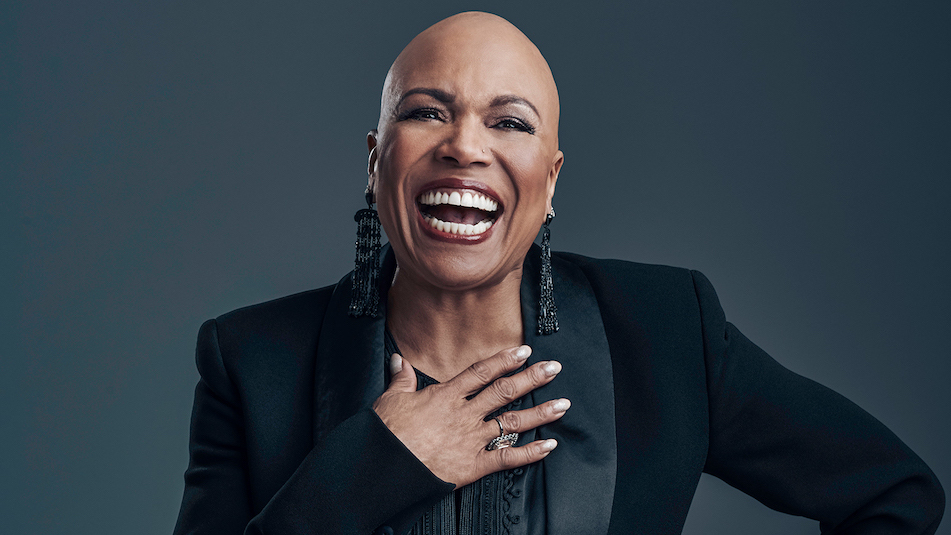 Vocalist and 2017 NEA Jazz Master Dee Dee Bridgewater is featured on this week’s Fridays at Five streaming concert in a tribute to the iconic pianist and composer Horace Silver, originally filmed in September 2017. We take a look at Bridgewater’s connection to the fellow NEA Jazz Master in preparation for the concert.

Since she first gained recognition in the early 1970s with the great Thad Jones/Mel Lewis Orchestra and work with the likes of Sonny Rollins, Max Roach, Dizzy Gillespie, Roy Ayers, and Dexter Gordon, Dee Dee Bridgewater has thrived wherever she’s landed, from Broadway, where she earned a Tony Award for her work in the original production of The Wiz, to Paris, where she spent more than a decade as France’s greatest champion of jazz.

Following her dalliances with pop and R&B in the 1970s and 80s, her series of superlative 1990s albums for Verve signaled a deepening commitment to jazz, gathering eight GRAMMY nominations and two wins including a Best Jazz Vocal Performance nod for her 1997 Ella Fitzgerald tribute Dear Ella.
After moving back to the US in 1999 Bridgewater greatly expanded her visibility at home, finding time to host NPR’s syndicated radio show JazzSet with Dee Dee Bridgewater and become a Goodwill Ambassador for the UN Food and Agriculture Organization, helping to finance global projects to fight world hunger. She won her second GRAMMY in the category of Best Jazz Vocal Album for her most recent release, 2010’s Billie Holiday salute, Eleanora Fagan (1915-1959): To Billie With Love From Dee Dee Bridgewater.

With timeless standards numbering in the dozens, including “Song for My Father,” “Nica’s Dream,” and “The Jody Grind,” the songbook of Horace Silver remains among the richest and most distinctive in jazz. Bridgewater memorialized a baker’s dozen of Silver’s compositions for her GRAMMY-nominated 1995 recording Love and Peace: A Tribute to Horace Silver. Recorded in Paris for Verve, the album featured contributions from a number of premier European jazz artists as well as Silver himself, who appeared on “Nica’s Dream” and “Song For My Father,” as well as late Hammond B-3 giant Jimmy Smith, who lent his inimitably gritty organ tones to the Silver groove classics “Filthy McNasty” and “The Jody Grind.”

It made perfect sense that Bridgewater would choose to honor the legacy of Silver—a fellow NEA Jazz Master the singer has known since the early 1970s when her then-husband, trumpeter Cecil Bridgewater, got a gig playing in Silver’s working band. The couple had been married very briefly, and the call to join Silver prompted their move to New York and life on the road with the pianist. As Bridgewater told the UK’s Jazz FM, “Instead of a honeymoon, we went on tour with Horace Silver.”

During this time, Silver was in the midst of his extended compositional project titled United States of Mind, encompassing the Blue Note records That Healin’ Feelin’ (1970), Total Response (1972), and All (1972), and Bridgewater was entranced by the artistry of Andy Bey, who was in the band at the time and was Silver’s singer of choice for many years. With Bey’s encouragement, the budding vocalist would often ask Silver to sit in at various stops on the road—requests that were consistently rebuffed by the brusque bandleader.
One night, in a youth-driven bit of impetuousness sparked by the presence of her family in the audience at a tour stop in Detroit, Bridgewater walked out on stage and began Silver’s “Love Vibrations” with the band.
As she put it, “I started singing, ‘Emptiness surrounds..,’ I think I got the word ‘surround’ out, and Horace stopped the music. His head pops up, he looks at me, and he said, “Get off my stage!”
Fortunately, the pair’s relationship would only grow and deepen after that inauspicious encounter, leading to Silver’s appearance on Love and Peace. 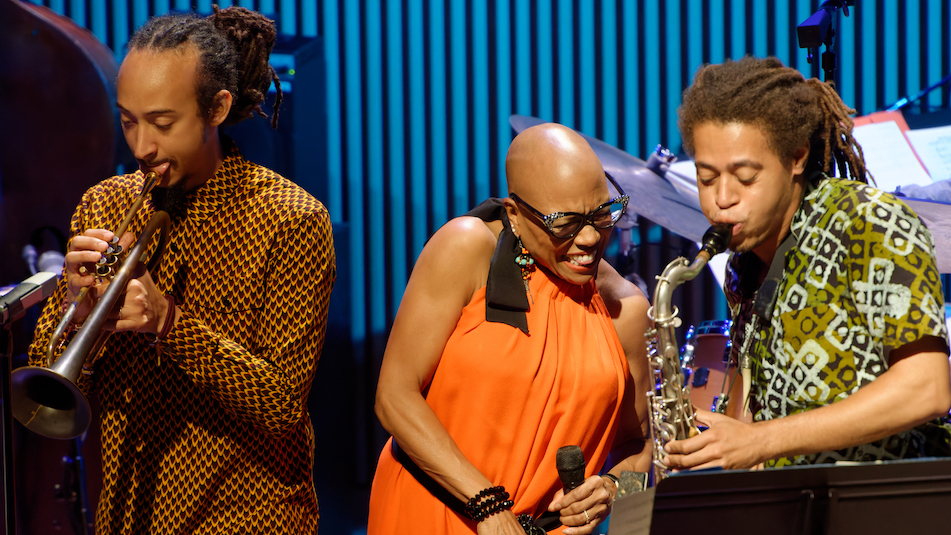 This week’s Fridays at Five, streaming during the week of what would have been Silver’s 92nd birthday, pairs Bridgewater with the band led by rising trumpet virtuoso Theo Croker. Initially meeting in Shanghai in 2010 when Bridgewater performed with the JZ Club’s house big band led by the then 25-year-old trumpeter, the pair kept touch. Bridgewater saw a major young talent in Croker that she wanted to expose to a larger audience, producing and performing on his 2014 release AfroPhysicist and signing him to her DDB label. Shortly thereafter, Bridgewater fired her band, hired Croker’s, and gave him the position of Music Director—a position he held until heading out on his own in 2015. This concert is a welcome reunion for them, and us.