Joe Lovano The Melody Inside the Melody

JOE LOVANO:
THE MELODY INSIDE THE MELODY 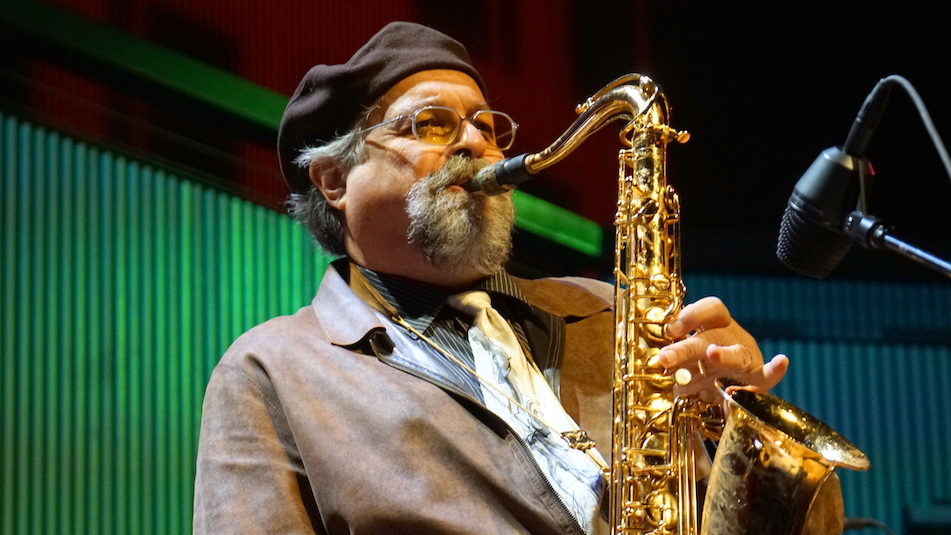 Saxophone great Joe Lovano returns to SFJAZZ with four nights of performances with four unique bands (11/17–20). SFJAZZ staff writer Richard Scheinin spoke to Lovano about his career and upcoming concerts, including his quartet night with Renee Rosnes, Peter Washington and Lewis Nash, which will be broadcast on 11/18 as part of SFJAZZ At Home’s Fridays Live series.

Ask Joe Lovano a simple question — “What’ve you been up to, Joe?" — and the stories start to multiply.

For instance, the saxophonist has just premiered a concerto with the Fort Worth Symphony Orchestra, and is about to perform it again with the London Philharmonic Orchestra. Titled a raft, the sky, the wild sea, composer Douglas J. Cuomo wrote it specifically for Lovano, who solos throughout the 30-minute work — a meditation on the plight of refugees around the world. “Phenomenal piece, man,” he says. “There’s no rhythm section, but I’m kind of moving in and around things, exploring and finding the music inside the music.”

Which is his way of saying that he’s searching — always, in any musical situation — for a certain point of spiritual release where his voice as a saxophonist, his own musical fingerprint, can start to emerge and flow inside the form. He wants it to be spontaneous, intimate, free. He wants to find his own “melody inside the melody.” That’s what he was aiming for a few weeks previous when he performed tunes by Thelonious Monk at Smoke, the Manhattan nightclub — this time with a rhythm section anchored by the great drummer Al Foster. And it’s what he was aiming for when he recently performed with drummer Will Calhoun, of the band Living Colour, in a New York benefit show for disaster relief to Puerto Rico in the wake of Hurricane Fiona. “I had never played with Will before, and, man, we captured something together. It was real special for that moment, and we sort of just played free and then we played one of Monk’s tunes” — he sings a bit of "Bemsha Swing" — “and then we also played a piece for (the late) Pharoah Sanders, because Will had played with Pharoah like 20 years ago. It was a real spiritual moment, a prayer-like piece with shades of `The Creator Has a Master Plan.’”

You get the idea. For Lovano, who turns 70 in December, every musical situation is a springboard to the next. A revered saxophonist with an unmistakable sound — warm and wooly, soft-edged but somehow penetrating — he is always developing some new project that will allow him to discover those secret melodies. His interests are wide. The diversity of his experiences is remarkable. Over the past 50-plus years, he has played soul-jazz with Dr. Lonnie Smith and “Brother” Jack McDuff. He has played with Woody Herman’s big band, a gig that landed him, at age 23, in Carnegie Hall, sitting next to Stan Getz. “Imagine that,” he says with a laugh. He spent years in drummer Paul Motian’s trio with guitarist Bill Frisell, playing a kind of pared-back mystery music of sound and silence. Starting in 1990, he released nearly two dozen albums on the Blue Note label. They cover a huge territory: bebop tunes by Tadd Dameron; Frank Sinatra hits and Enrico Caruso arias; freedom music with drummer Elvin Jones. Now signed to ECM, he has three new albums in the works. In every situation, he will tell you, he is looking for “spontaneity within the forms.”

Night One features a B-3 organ power trio, harking back to his days with Lonnie Smith and Jack McDuff. Night Two features his Classic Quartet, drawing on repertoire he developed with the late piano master Hank Jones (which will also be streamed live on SFJAZZ At Home’s Fridays Live series). Night Three reunites Lovano with electric guitarist John Scofield; friends since student days, they play a kind of exploratory fusion that consistently surprises. Finally, Night Four features Sound Prints, a slyly explosive band that Lovano co-leads with innovative trumpeter Dave Douglas, who first made his mark in the 1980s with bands led by Horace Silver and John Zorn. The saxophonist and trumpeter share a good deal of history: From 2007-2009, they formed the front line of the all-star SFJAZZ Collective, which devoted one of those years to an exploration of the music of saxophonist Wayne Shorter. That experience flowed directly into the formation of Sound Prints, which is inspired by Shorter’s sound and concept — his way of finding “the melody inside the melody.”

Lovano grew up in Cleveland and describes his musical life as a tapestry of relationships. His father Tony “Big T” Lovano was a barber and one of the best tenor saxophonists in town. He took care of the family, gigged five or six nights a week, and jammed with everyone who passed through the city, including John Coltrane. “My dad was a character, man, and he really instilled in me about being versatile and playing in many settings so you could pay the phone bill.” He and his dad used to go toe-to-toe on the bandstand: “You had to learn to share the space, to just play off each other and be taken some place. My dad, he took me everywhere.”

I spoke to Lovano about his upcoming residency in San Francisco. It’s been a long time coming. A former Resident Artistic Director at SFJAZZ, Lovano hasn’t played at the Center since 2019. His 2020 residency was canceled because of the pandemic.