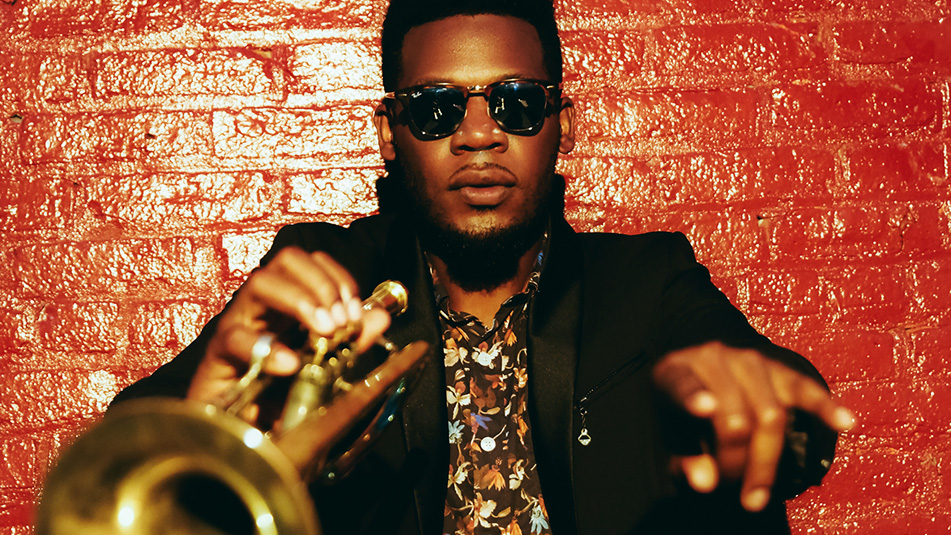 Compared to Freddie Hubbard by DownBeat and hailed as “the future of the trumpet” by Wynton Marsalis, Keyon Harrold was mentored by trumpeter Charles Tolliver, landed his first professional horn gig with rapper Common, and has since established himself as an improviser, vocalist, songwriter, producer, and studio ace via his work on recordings by the likes of Jay-Z, Beyoncé, Mary J. Blige, Gregory Porter, and Maxwell. We look five memorable collaborations before Harrold debuts in SFJAZZ's "New Trumpet" series on October 13, on the heels of his solo release The Mugician.

"My first professional gig was working with Common... that pretty much changed my career, and how I looked at music." Keyon Harrold has worked with the rapper ever since his Like Water For Chocolate tour in the early 2000s, and the trumpeter performed with Common at a special Tiny Desk concert at the White House in 2016, in a band featuring  Robert Glasper and SFJAZZ High School All-Stars alum Elena Pinderhughes.

"Keyon!" shouts D'Angelo (at 9:57), right before Harrold takes a blazing solo. D'Angelo's a leading voice of the neo soul movement, with breakout albums Brown Sugar (1995) and Voodoo (2000). After a 10+ year hiatus, D'Angelo made a grand return with the GRAMMY-winning Black Messiah in late 2014. Harrold and saxophonist-producer Kenneth Whalum made up the horn section of D'Angelo's subsequent tour with The Vanguard – one of the greatest live bands you'll ever see!

For one of his most recent collaborations, Harrold joined singer Erykah Badu for a Tiny Desk concert at NPR Music headquarters in September, 2018 – he's since performed a number of times with Badu. Fingers crossed there's a studio session in the works!

Harrold played all the trumpet parts in Don Cheadle’s 2015 Miles Davis biopic – including Cheadle’s on-screen performances, as well as for the character Junior. The Robert Glasper-produced Miles Ahead soundtrack would win a GRAMMY Award for Best Compilation Soundtrack for Visual Media. The track "Junior's Jam" features Harrold stretching out over an afrobeat groove.

We could easily add a number of Harrold's collaborations to this list, but given Mac Miller's untimely passing on September 7, 2018 at age 26, we had to include Miller's "Stay," featuring a powerful and incredibly soulful horn hook by Keyon Harrold.