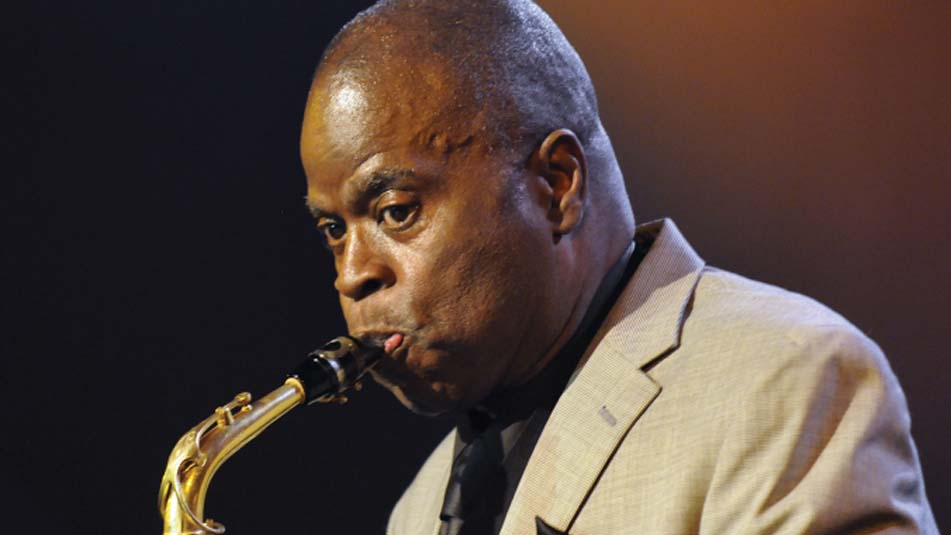 Funk master Maceo Parker helps ring in 2021 with his dance-inspiring Fridays at Five concert on January 1, originally recorded in January 2015. We revisit journalist Richard Scheinin's article on the sax legend.

You’ve undoubtedly heard James Brown’s “Doing it to Death,” a.k.a. “Gonna Have a Funky Good Time.” It sounds like the world’s greatest party is happening in the recording studio as Brown shouts, “Maceo! Brother Maceo! Got to blow!” And then Maceo Parker responds with his alto saxophone, stutter-stepping and bumping the beat, dodging between Brown’s vocalisms – like a snake, Maceo, playing those sneaky staccato phrases, reiterating them, like a chant, talking through his horn, turning his saxophone into an irresistible rhythm instrument. It was Brown doing it to death, but it was Maceo, too, creating the beat that has moved millions of bodies through the subsequent decades. It was the beat that George Clinton grabbed onto with Parliament/Funkadelic, the beat that helped set the stage for disco and hip-hop.

Great bandleaders hire great musicians. Miles Davis hired Wayne Shorter. Brown hired Maceo Parker. And the sound of a great instrumentalist, with time, will permeate the musical environment. Parker’s sound is part of our environment, has been for decades. Without him, there is no Gary Bartz inciting a revolution with his NTU Troop, there is no Kenny Garrett free-styling with his horn, there is no Steve Coleman cueing diamond-hard grooves with his alto saxophone. Parker is a modest man; he shrugs off the notion that his sound reverberates through the modern history of jazz and popular music. Asked to describe his musical legacy, he talks about the audience: “You just want to give somebody a chance to relax and smile.”

He grew up in Kinston, North Carolina, where his parents ran church choir rehearsals at home. With brothers Melvin (a drummer, who would also join Brown’s band) and Kellis (a trombonist and future law professor), Maceo founded a group called the Junior Blue Notes, covering hits by Lloyd Price, Little Willie John and the Drifters. They did the Isley Brothers’ “Shout,” too.

Parker wore out a million records: Johnny Mathis, Sinatra, Ella, Boots Randolph and especially Ray Charles. His saxophone models were Stanley Turrentine and David “Fathead” Newman, as well as his high school music teacher, a Mr. Banks, who played in the manner of Sonny Stitt. Parker learned to imitate his teacher’s approach.

Nevertheless, he says, “The funky side was sort of overpowering the jazz and swing thing.”

Around this time, Parker attended a James Brown show and was astonished, he once told me: “Because I was still young and I didn't understand how people who were supposed to be of stature in the community -- school teachers and good church-going folks -- could be screaming and falling down in a frenzy and carrying on. That was what was more interesting to me -- the audience rather than the music. And I said, 'What is this thing he's got?' I said, 'What the devil is it?' He knew how to work the audience."

Brown's concerts were built around the same principle as a gospel show -- raising the temperature higher and higher. The band was prepared: musically super-tight, sartorially immaculate. Starting in 1964, when Parker joined Brown – his tenure would extend off and on for nearly 25 years -- he served as back-up emcee and back-up comic. He also played back-up to the guy who removed the ermine cape from Brown’s shoulders. “We used to call that `throwin’ the cape,’ “ Parker told me. “I must’ve done everything but front office work.” 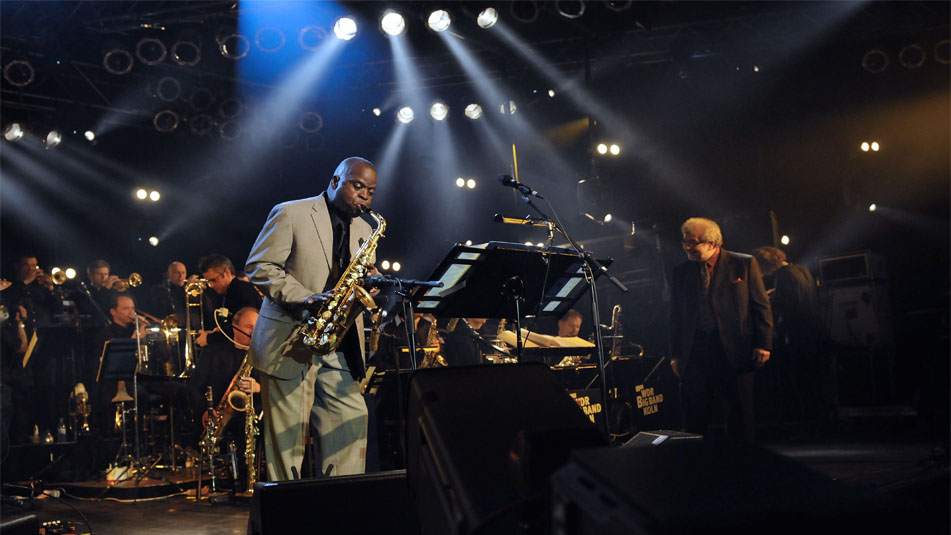 Parker brought all this experience with him when he joined George Clinton’s enterprise, and later when he went out on the road with Prince. And those countless shows with Brown prepared him for the last 25 years, during which he has toured incessantly as the leader of his own band, spreading his funk gospel. Everybody wants his sound. He has recorded with Keith Richards, Living Colour, De La Soul, Ani DiFranco, the Dave Matthews Band, even with James Taylor.

I once drove up and down California with Parker and his band, which included trombonist Fred Wesley and saxophonist Alfred “Pee Wee” Ellis, his compatriots from Brown’s old group. And I can remember one night in San Diego when Parker lit up the bandstand on “Doing it to Death.” He stared straight down the length of his horn and raised his left eyebrow as he hit the first ripe note. He closed his eyes, angled his shoulders, crouched and jumped from foot to foot as he dodged through his staccato phrases, mixing in long fluid bebop lines and turning all these improvised melodies inside out and back onto themselves – all of this with that tart biting sound of his, of which Brown never could never get enough.

When Parker finished his solo, Wesley and Ellis cheered as if they had never heard him play before. Parker turned to his organist – Larry Goldings, then 22 – and shouted, “Play that funk, baby. Get it in your neck.”

What the devil is it?

Maceo Parker figured that out a long time ago.