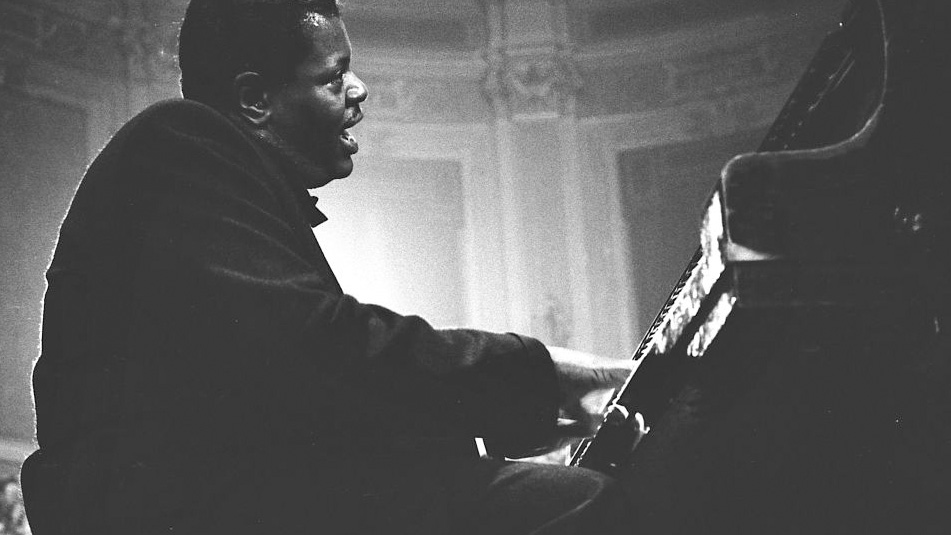 Hailed as "one of the greatest virtuosos in jazz" by The New York Times and called the "Maharaja of the keyboard" by Duke Ellington, Canadian pianist, composer and jazz legend Oscar Peterson enjoyed a prolific 60-year career touring, releasing 200+ recordings, and racking up eight Grammy Awards. We trace Peterson's remarkable career in five recordings.

The story goes that "Jazz at the Philharmonic" (JATP) producer Norman Granz "discovered" Oscar Peterson in a cab in Montreal, hearing a live broadcast of the pianist on the radio. Granz tracked Peterson down and invited him to perform at JATP in 1949, his first performance in the United States, where Granz introduced him as "one of the upcoming giants of jazz." Granz would remain Peterson's manager for most of his career.

Peterson called his famed trio with bassist Ray Brown and guitarist Herb Ellis "the most stimulating band" of his career. The group's chemistry and improvisational interplay was almost telepathic, as seen in a live performance of "Sweet Georgia Brown" in 1957.

Herb Ellis would leave Oscar Peterson's Trio in 1958. Rather than replace him, Peterson and Ray Brown went a new direction, welcoming drummer Ed Thigpen into the group. This lineup goes down as one the most dynamic and hard-swinging trios in jazz, period. Peterson stretches out on this upbeat take on Ellington's "C Jam Blues."

Rather than create a working quartet, Oscar Peterson instead featured different horn his existing trio, including saxophonist Ben Webster, vibraphonist Milt Jackson and trumpeter Clark Terry. As evidenced in a live performance of "Mack The Knife," Terry gelled particularly well with Peterson – both shared virtuosic technique, natural lyricism and an affinity for the blues.

In his later years, Oscar Peterson become a mentor and teacher of Berkeley, CA native Benny Green, who'd go on to play in Ray Brown's Trio. Oscar and Benny recorded an album together in 1998. At times it's hard to tell who's who, it's as they're finishing each other's sentences.