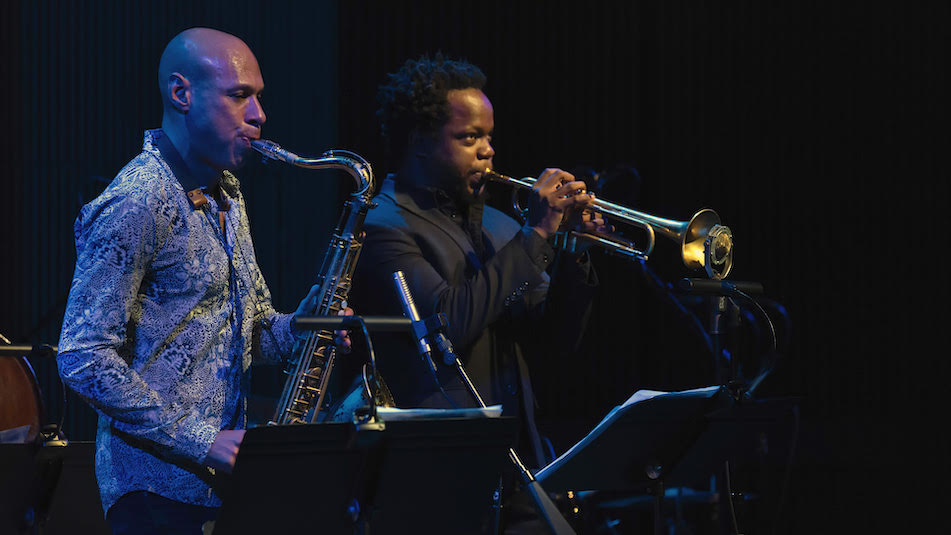 The fourth night of our Wayne Shorter Celebration of tribute concerts on Fridays at Five showcases a pair of instrumentalists who share more than the influence of Wayne Shorter in their development as musicians, but also represent the thriving continuum of Bay Area jazz mastery that has passed through Berkeley High School’s renowned jazz program.

“One of the 21st century’s finest jazz improvisers” (The Guardian), saxophonist Joshua Redman has been stirring audiences around the world with his passionate and thoughtful playing since 1993, when his self-titled debut album on Warner Bros. made him a star. Son of tenor luminary Dewey Redman, the younger Redman is a fluent, deeply communicative improviser whose associates have included Charlie Haden, Chick Corea, Pat Metheny, the Rolling Stones, Christian McBride, Brad Mehldau and other major figures that cross genres and generations.
Redman’s connection to the music of Wayne Shorter runs deep, evidenced by the freewheeling double-tenor version of Shorter’s “Indian Song” appearing on his 2007 Nonesuch release Back East that is presented as a sparring session with Joe Lovano, and the lushly orchestrated take on Shorter’s classic “Infant Eyes” from 2013’s Walking Shadows.

The saxophonist has led a series of dynamic bands over the years, including Still Dreaming—a tribute to his father’s participation in the Ornette Coleman alumni project Old and New Dreams. For that special band, he enlisted his early quartet bandmate Brian Blade, who, as a longstanding member of Wayne Shorter’s 1990s quartet, reunites with Redman for this Fridays at Five tribute concert.
Redman and Blade were to have shared the stage again this September at SFJAZZ as part of the Redman’s quartet reunion with Brad Mehldau and Christian McBride in celebration of Redman and Mehldau’s new co-led album, RoundAgain, before the season was canceled in response to the coronavirus pandemic. We look forward to presenting them when we reopen our doors. 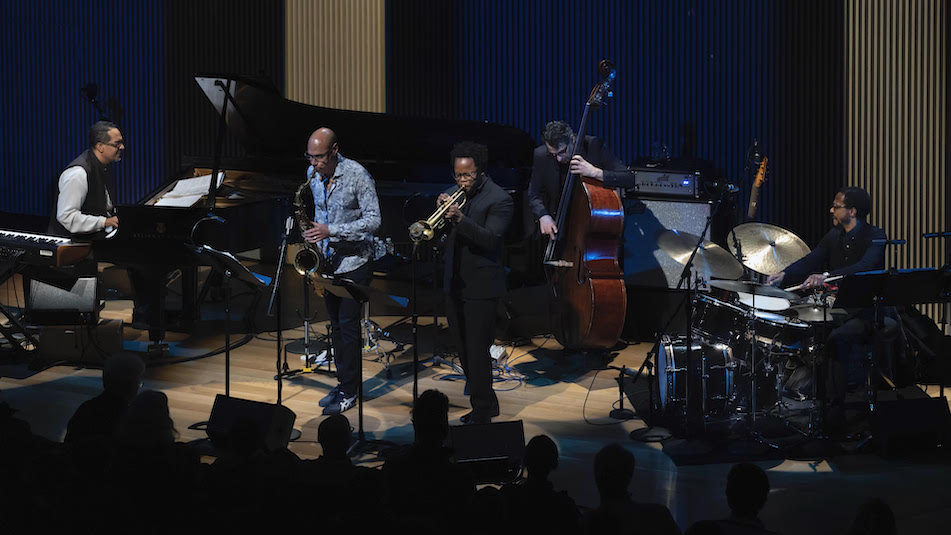 To the jazz world, Ambrose Akinmusire’s ascension from young Oakland-born trumpeter at Berkeley High School to one of the most important voices in jazz seemed shockingly brief. In truth, the 38-year-old’s trajectory has been a linear progression, starting in earnest with a touring opportunity from influential saxophonist and composer Steve Coleman while still in high school, and built on a foundation of study at the Manhattan School of Music and the Thelonious Monk Institute of Jazz at USC, where his mentors included Herbie Hancock, Terence Blanchard, and tribute artist Wayne Shorter. Akinmusire built his résumé as a sideman with the likes of Vijay Iyer and Aaron Parks, and in 2007, won both the prestigious Carmine Caruso International Jazz Trumpet Solo Competition and the star-making Thelonious Monk International Trumpet Competition. Since then, the trumpeter has been a whirlwind of activity, releasing a number of acclaimed sessions and contributing to albums by Esperanza Spalding, Roy Hargrove, Kendrick Lamar, and Jack DeJohnette. His remarkable new Blue Note release, On the Tender Spot of Every Calloused Moment, is his fifth for the label and features his longtime quintet including pianist Sam Harris, bassist Harish Raghavan, and drummer Justin Brown.

Despite their shared formative education and geographical proximity, Akinmusire and Redman have not recorded or performed together as co-headliners before, making Thursday’s concert a unique first. However, the two do share a connection through SFJAZZ and the in-house band Redman co-founded, the SFJAZZ Collective. In the fall of 2010, Akinmusire stepped in for trumpeter Avishai Cohen on their annual tour while Cohen took a break for the birth of his son. Critic Nate Chinen of The New York Times reviewed the Collective’s performance with Akinmusire at The Jazz Gallery in Midtown Manhattan. You can read it here. As a member of the Blue Note All-Stars, Akinmusire had the opportunity to record Wayne Shorter's "Masqualero" with the composer for their 2017 release Our Point of View, also featuring guest pianist Herbie Hancock. Listen to it below: