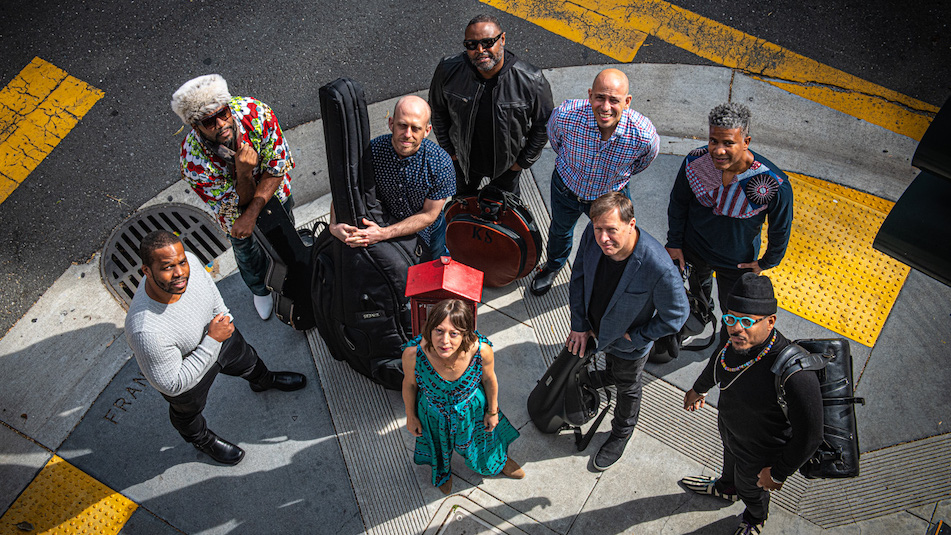 Trumpeter Etienne Charles is an observer of the political moment. When he sits down to compose, his vision becomes expansive: “It’s music. It’s improvisation. It’s history. It’s social commentary, political commentary. It’s all of that,” he says.

He is putting that vision to the test as a member of the SFJAZZ Collective, which is ready to unveil a new project — an evening-length program of original music that reflects the fight for racial justice, the Black Lives Matter movement, and all the cascading events of the past, unprecedented 18 months of the pandemic. It’s an ambitious project, aiming to extend a hallowed tradition of jazz composition — the freedom music of Nina Simone, John Coltrane, Max Roach, Abbey Lincoln and others who have responded to entrenched injustices in America.

The Collective’s project is right up Charles’s alley: “I like to study historical aspects of who we are as a people,” he says, “and then figure out a way to tell that story to the audience through music.” A member of the all-star Collective since 2018, he adds that “we’re living in a kind of surreal reality. And coming out of this crazy year, I’m glad that we’re getting a platform to create this music and to reiterate what needs to be said, until something’s done about it.” 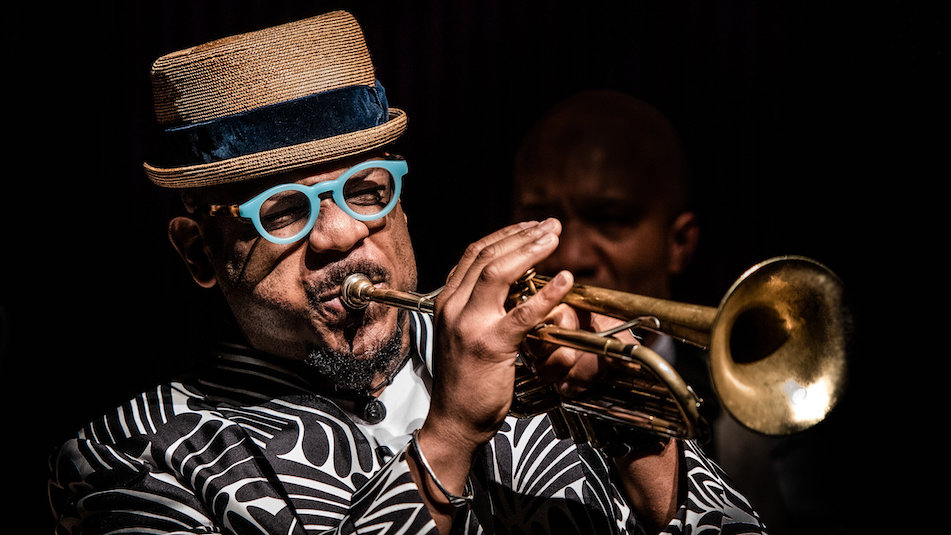 The nine-piece Collective has three new members: tenor saxophonist Chris Potter (the band’s music director), vocalist Gretchen Parlato, and drummer Kendrick Scott. It also has a deadline for putting its finishing touches on the project: The group will perform the new music (and record it for a live album) Oct. 28-31 at the SFJAZZ Center in San Francisco, and plans to take the repertoire on a spring 2022 national tour and a summer 2022 European tour.

When the Collective last performed — before the pandemic — it focused on its arrangements of two classic albums that were having their 50th anniversaries: Miles Davis’s In A Silent Way and Sly and the Family Stone’s Stand! As SFJAZZ turns the lights back on in its concert hall this fall, the band’s mandate to create an entire book of original music may look like something new, or even novel. The truth is, the Collective has always been a composer’s workshop. Its members have created a vast book of original compositions, going back to 2004 and the first edition of the group, which included saxophonist Joshua Redman and the late vibraphonist Bobby Hutcherson.

That said, the Collective is also continuing its practice of re-arranging existing tunes by quintessential composers. In past seasons, it has focused on Ornette Coleman, Thelonious Monk, Stevie Wonder, and Antônio Carlos Jobim, to name a few of those who’ve received the Collective treatment.

This season, audiences will hear Charles’s new arrangement of Marvin Gaye’s “What’s Going On” — a song that’s as intensely relevant as it was 50 years ago, when Gaye sang about “picket lines and picket signs,” the Vietnam War, and police brutality in the Black community. Vibraphonist Warren Wolf, who joined the Collective in 2013, has created a powerful, pared-back arrangement of “Lift Every Voice and Sing,” widely known as the Black National Anthem. It features the Collective’s two singers — Parlato and Martin Luther McCoy — and its pianist Edward Simon. (“I’m ready to hear your gospel piano,” Wolf told Simon in his notes to the score.) Finally, drummer Scott has contributed a full-band arrangement of Abbey Lincoln’s “Throw It Away,” a song that prescribes light and love as a healing potion for troubled times:

Abbey Lincoln performing "Throw It Away"

For a past project with his own band, Etienne Charles composed a piece that references the Weeping Time, a slave auction in Savannah, Georgia, in 1859. (It was said that the heavens wept at the cruelty of it.) Another project examined the banning of African drums during the 1880s by British colonizers in Trinidad, where the trumpeter grew up. He sees a connection between his compositions and a jazz canon that extends back decades — the many pieces that have embodied Black pride and the struggle for equal rights: “Mingus did it with `Fables of Faubus,’ and he did it again with `Meditations on Integration,’” Charles says. “Herbie Hancock did it: `I Have a Dream.’ John Coltrane: `Alabama.’ Joe Henderson: `Power to the People’ and `In Pursuit of Blackness.’ So many legends had so many ways of expressing this,” he says. “Miles Davis did `You’re Under Arrest’ — and `One Phone Call,’” about the one phone call you get when you’re under arrest. And that came out many years after he had his encounter with the police outside Birdland,” Charles says, alluding to the 1959 incident when Davis, after escorting a white woman to a taxi outside the club in midtown Manhattan, was harassed, arrested, and severely beaten by police.

Charles isn’t the only member of the Collective whose music has functioned as social commentary. Five years ago, Kendrick A.O. Scott composed “Philando” in response to the killing of Philando Castile, the 32-year-old Black man who was shot by police during a 2016 traffic stop near St. Paul, Minnesota. Some time ago, bassist Brewer composed a piece honoring Malalai Joya, the Afghan politician, writer, and activist who has spoken out against warlords and the subjugation of women in her native country. The Collective will perform the piece, “Joya,” when it takes the stage in San Francisco later this month.

Earlier this year, the group held Zoom meetings to hash out specific issues and events to which members might respond through their original compositions. The Black Lives Matter movement loomed large, as did the police killings of Breonna Taylor and George Floyd. Pianist Simon’s “8:46” is a poignant ballad that features Parlato’s wordless vocals doubling some of the instrumental lines. The title refers to the eight minutes and 46 seconds during which police officer Derek Chauvin was reported to have knelt on Floyd’s neck. (Video footage later showed the time to have been nine minutes and 29 seconds.)

Responding to events of the past 18 months, tenor saxophonist David Sánchez has composed a piece titled “Ay Bendito,” a slang phrase that can be loosely translated as “Oh, my God” or “Sweet Jesus.” An intricate composition, taken at a fast clip with Latin grooves, “Ay Bendito” is subtitled “The Struggle Continues.”

A bit of a word nerd, Wolf receives an email every day titled “Word of the Day.” This often “puts me in the mode to compose, depending on the meaning,” he says. For instance, confronted by the word “pulchritudinous,” which means “beautiful,” he once composed a haunting ballad.

Watch him play it here:

One morning this past summer, an email introduced him to the word “vicissitude”: “It means a change of circumstances or fortune, typically one that is unwelcome or unpleasant,” he explains. This led to his composing a tune, “Vicissitude,” that the Collective will perform. Stylistically, it is inspired by Wolf’s love of the band Weather Report and electric jazz fusion, generally: “The song is very aggressive,” he says, “I guess to show the mood of a lot of people in the country, from the numerous hate crimes to the storming of the Capitol, to the treatment of Asian-Americans and Muslims and — anybody. There was just so much chaos in the country — a change of circumstances, a change of fortune. Vicissitude.”

As the Collective’s music director, Chris Potter hopes the new project will express a range of perspectives on “social justice and the way this is all making us reevaluate society in certain ways… And if it’s slung in nine different directions” by the nine members of the band, he says, “that makes the project stronger. It’s wide-open.”

When the subject of jazz freedom music gets discussed, singers invariably are mentioned, including Nina Simone (“Mississippi Goddam”), Abbey Lincoln (“Freedom Day”), and Billie Holiday (“Strange Fruit”). With two superb singers in the band, Potter notes, the Collective stands to tap into that lineage.

Coincidentally, Potter has been completing an album’s worth of compositions for big band and a female singer. (At the SFJAZZ Center on March 17 and 18, 2022, he will perform the music with a big band, including Parlato on vocals.) When the Collective decided to embark on its new project, the idea of creating something with words again came to mind. And he began to compose a piece inspired by Martin Luther King Jr.’s 1963 “Letter from Birmingham Jail,” in which King called for direct non-violent action to overturn racism. 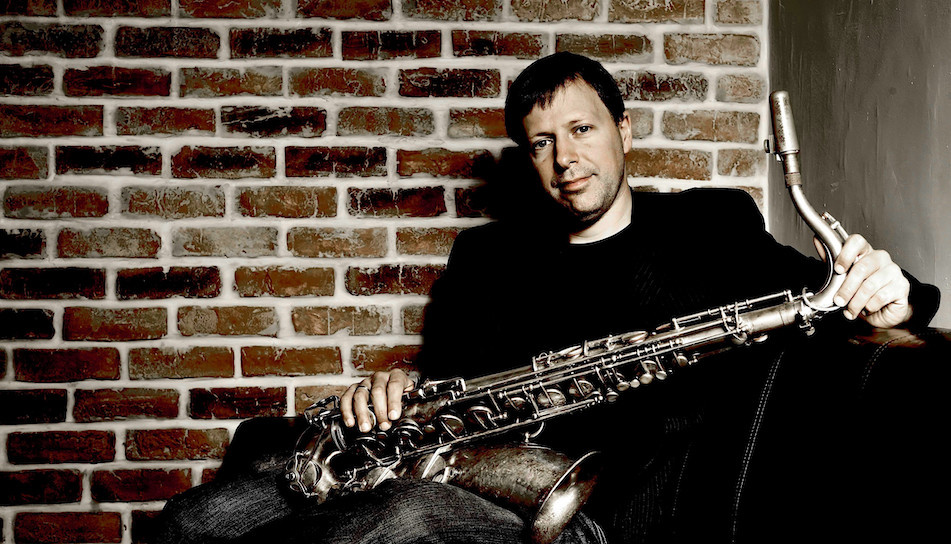 Potter quotes two of the letter’s most well-known lines: “Injustice anywhere is a threat to justice everywhere. We are caught in an inescapable network of mutuality, tied in a single garment of destiny.”

“Of course, I don’t want to use King’s exact words,” Potter says. “But I thought it was interesting that that was specifically a letter to the white community. He was saying that, `Hey, if you want to help us out, this is what needs to happen.’ I thought that would be an angle I could bring to it from my own perspective of not being a person of color, but wanting to see these changes happen.”

The tune that emerged from this train of thought, 'Mutuality,' is “inspired by King’s idea," he says, "that we should be looking at the whole situation in order to find a way out. Because it’s easy to get divided into sides, but that doesn’t seem to be solving this mess.”

As his deadline approached, Kendrick Scott wondered just “how explicit” he wanted to be when he composed for the Collective: “I consider myself to be a kind of tempered radical,” he says. “I let the music do the talking. The main thing that needs to happen is the conversation. And I’m blessed to be part of this band where we’ll be creating subjects for conversation right now.”

It was on We Insist! that Scott first encountered Abbey Lincoln’s singing: powerful, earthy, and real — a call to action. He recalls how “the music, the lyrics, her voice touched me so much. I literally couldn’t listen to the whole record the first few times. I remember that vividly; the anger that it brought up.” 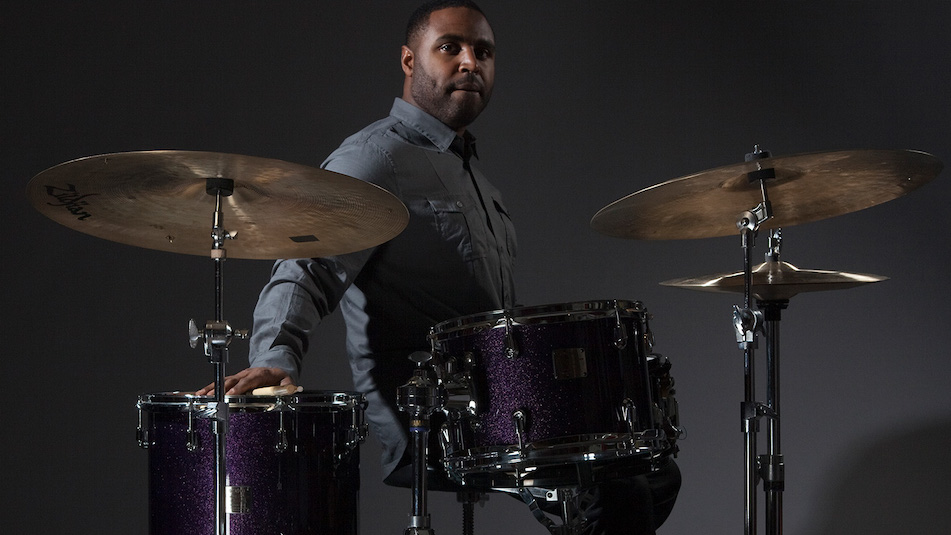 Captured by Lincoln’s vocals, Scott explored “more and more of Abbey’s catalog” and came to see that “love is a theme she uses throughout. When I heard the song ‘Throw It Away,’ it moved me, as the lyric said: `Give your love, live your life, each and every day. And keep your hand wide open. Let the sun shine through, ‘cause you can never lose a thing if it belongs to you.’”

Ultimately Scott decided to create his own arrangement of “Throw It Away” as his contribution to the Collective’s new endeavor. Featuring Parlato’s vocals, the arrangement conveys both urgency and beauty.

“I feel this piece sums up what we need in these times,” he says. “Love is the answer to all unrest. If we have the will to extend ourselves for not just our own wellbeing, but for others, we would plainly see and rectify our problem understanding each other. `Throw It Away' is my protest for love,” Scott explains. “And at the end,” as a kind of coda, he says, “you’ll hear a piece of Max Roach’s `Freedom Day’ as a reminder of how far we’ve come and still have to go.”