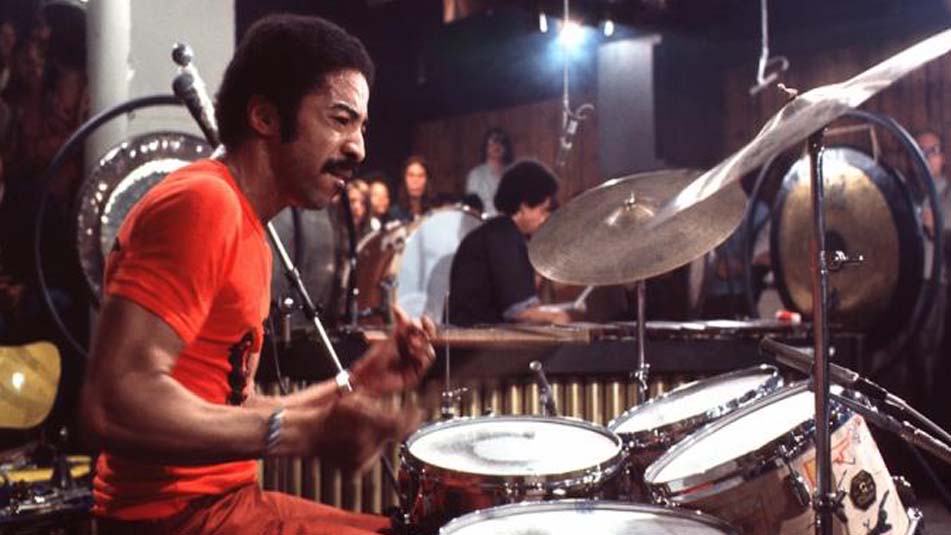 In commemoration of drumming legend Tony Williams’ birthday, we look back at his momentous career of innovation and exploration, beginning with his recorded debut in 1963 to his final recording with bassist Bill Laswell in 1997. One of the most influential and preternaturally gifted percussionists in history, Williams was a longtime Bay Area resident who had a long association with SFJAZZ including a 1990 celebration of his music featuring Herbie Hancock and the Kronos Quartet. He tragically passed from a heart attack following routine surgery at age 51.

Of course, it’s impossible to choose just five tracks from the rich trove Williams recorded that would fully capture the scope of his musical output, considering the many memorable recordings he made with the likes of Herbie Hancock, Eric Dolphy, Hank Jones, Stan Getz, Sonny Rollins, and so many more. This list focuses on several important milestones over Williams’ four decades of music.

1. Jackie McLean: "Vertigo" from Vertigo (1963)
Williams made his recorded debut at the tender age of 17 on this album led by alto saxophonist Jackie McLean. Rather than documenting a tentative first step by an evolving talent, Vertigo marks the introduction of a fully formed master of the instrument. All of the fire and polyrhythmic intensity that was Williams’ signature was already in place and plain to hear, paving the way for his iconic work with Miles Davis.

2. Miles Davis: “Footprints” from Miles Smiles (1966)
This Wayne Shorter composition rightly became a jazz standard, and the version on Miles Smiles is a lesson in Williams’ mastery of texture and rhythmic sophistication. Starting with an agitated, double time swing pattern that counters the relaxed 12/8 Afro-Cuban tresillo of Ron Carter’s bass line, Williams modulates seamlessly into half-time swing and three-over-two cross rhythms and back, keeping the pulse steady, if unsettled.

3. Tony Williams Lifetime: “Emergency” from Emergency!  (1969)
One of the first, if not THE first salvo fired in the jazz-rock fusion movement, Emergency! was the debut of Williams’ Lifetime project and a tremendously influential recording featuring organist Larry Young and guitarist John McLaughlin. Balancing nearly uncontrollable manic energy with comparatively quiet bluesy interludes, the title track is a prime example of the direction Williams would be exploring into the mid 1970s, and its distorted, violent mix makes the record sound earsplittingly loud even at moderate volumes.

4. Tony Wiliams: “City of Lights” from Native Heart  (1989)
The hard bop unit Williams fronted in the 1980s was one of the great undersung quintets in jazz, releasing a half dozen stellar albums on Blue Note that featured trumpeter Wallace Roney, saxophonist Billy Pierce, pianist Mulgrew Miller, and bassist Ira Coleman. Unlike many of the era’s bands that focused primarily on existing jazz repertoire, this band served as an outlet for Williams own compositions, of which this track is a fine example.

5. Arcana: “Circles of Hell” from Arc of the Testimony  (1997)
Williams’ final recording was made in collaboration with maverick bassist and producer Bill Laswell, and was the second album they recorded under the project name Arcana. Suggesting an updated version of Lifetime, this freewheeling track opens with a textbook Tony Williams drum statement and features saxophonist Pharoah Sanders and guitarist Buckethead improvising explosively over a roiling bed of drums and dark synthesized sonorities.