10 RISING WOMEN INSTRUMENTALISTS YOU SHOULD KNOW 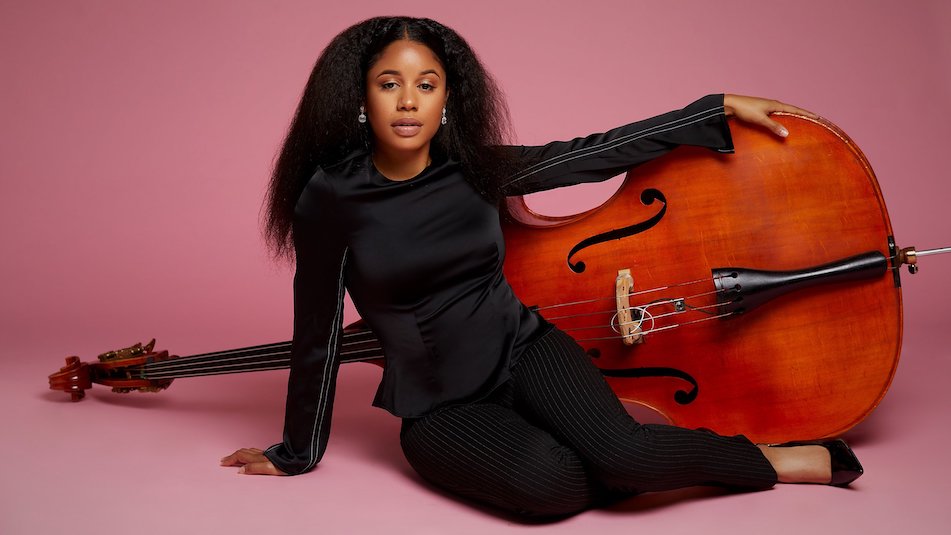 Some of our most popular blog posts have been our multiple Rising Female Instrumentalists lists posted in recognition of Women’s History Month over the last few years. Artists listed in previous years have included Yazz Ahmed, Nubya Garcia, Sasha Berliner, Mary Halvorson, Jaime Branch, and Elena Pinderhughes, among many others, and those lists can be viewed here and here.
This year features a global group including some Bay Area representation and rising masters working in New York and London. As ever, this is by no means a definitive list, but highlights a tiny selection of the many incredible musicians making waves today. 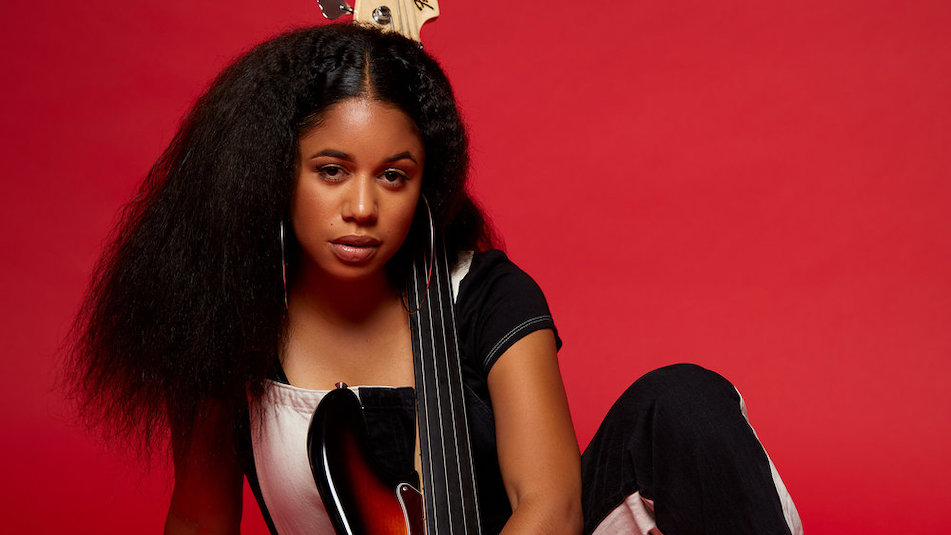 Oakland native Aneesa Al-Musawwir (aka Anessa Strings) has come a long way since her time in the SFJAZZ High School All-Stars. The bassist, vocalist, and composer began her career at 13, eventually studying at USC and releasing her Patrice Rushen-produced debut in 2014. She performed with rapper Ill Camille on her NPR Tiny Desk Concert and toured internationally with singer/guitarist José James. She is finishing her second album and will be joining the SFJAZZ Collective for the 2021-22 Season. 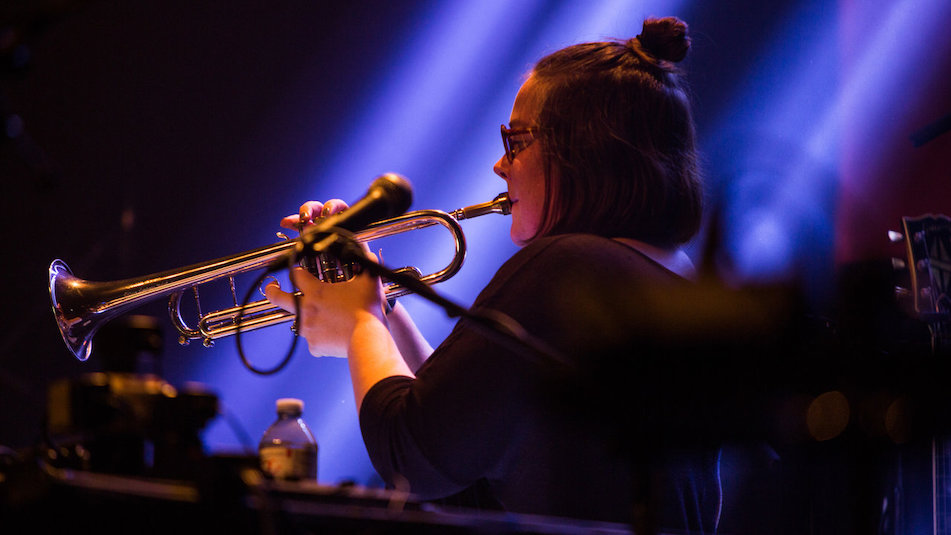 Hailing from Yorkshire and living in London, the young trumpeter and multi-instrumentalist is among the brightest lights on the explosive British jazz scene. She’s been an artist-in-residence with the London Symphony Orchestra, collaborates with breakout UK stars Nubya Garcia, Soweto Kinch, and Ezra Collective as well as Chicago-based visionary Makaya McCraven, and hosts a show on influential DJ Gilles Peterson’s Worldwide FM. Her latest EP Rain Dance was released on her own Movementt label 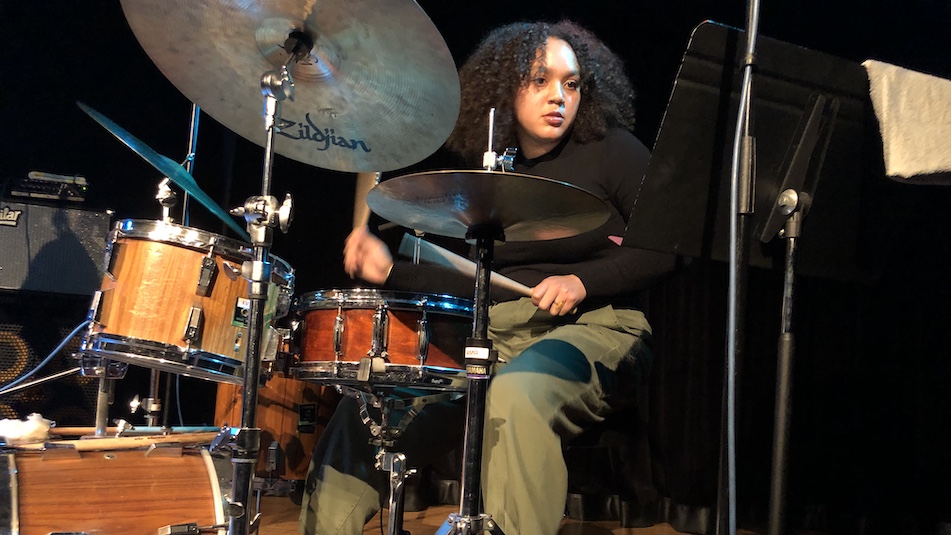 Another native of Oakland, powerhouse drummer Savannah Harris grew up in a musical household as the daughter of Bay Area pianist Fred Harris. She earned a journalism degree from Howard before decamping to New York for Masters studies at the Manhattan School of Music and regular work with Kenny Barron, Etienne Charles, Or Bareket, Maria Grand, and the hip-hop collective Standing on the Corner. Harris was the subject of a feature article in the January 2021 issue of Modern Drummer magazine. 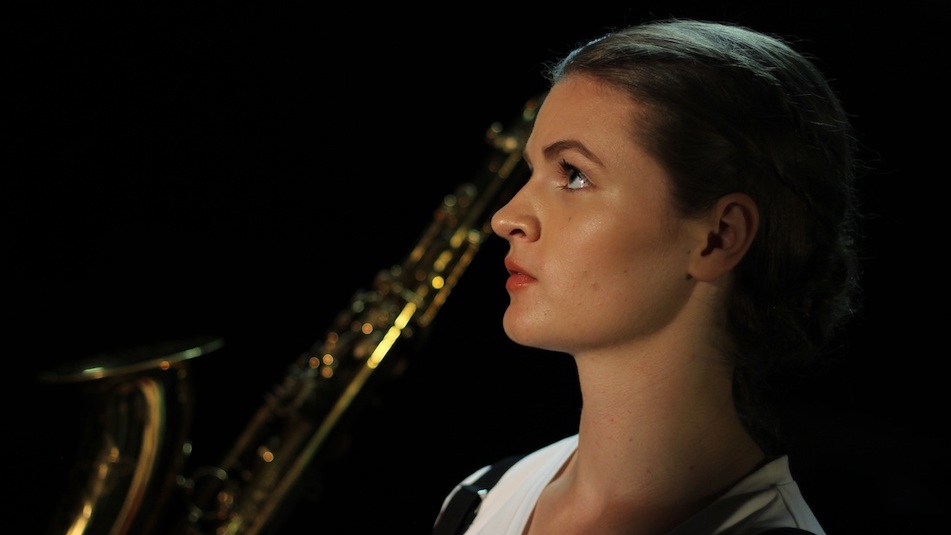 New York saxophonist Nicole Glover has been making waves on the NY scene for several years, racking up experience with Reggie Workman, Geoffrey Keezer, Esperanza Spalding, and Jeff “Tain” Watts. She toured the world with acclaimed Spanish vocalist Buika (including a stop at SFJAZZ), and recently toured with pianist Renee Rosnes’ supergroup Artemis. Her trio held a weekly residency at the major NY club Smalls, and she released a 2020 duo album, Literature, with drummer Nic Cacioppo. 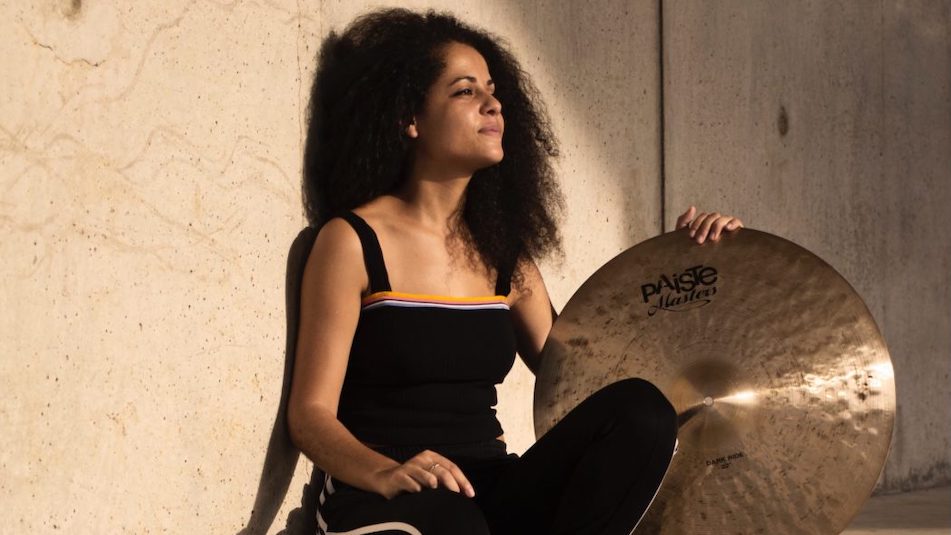 A major young drummer from the UK scene, Jas Kayser splits her time between London and Panama City. After Bachelor and Masters studies at Boston’s Berklee College of Music and the tutelage of Terri Lyne Carrington, Danilo Pérez, and Ralph Peterson Jr., Kayser has been busy working with British scene leaders Nubya Garcia, Jorja Smith and Ashley Henry in addition to pop star Lenny Kravitz. Her debut EP, Unforced Rhythm of Grace, was inspired by the intersection of modern jazz and the Afro-beat of Fela Kuti. 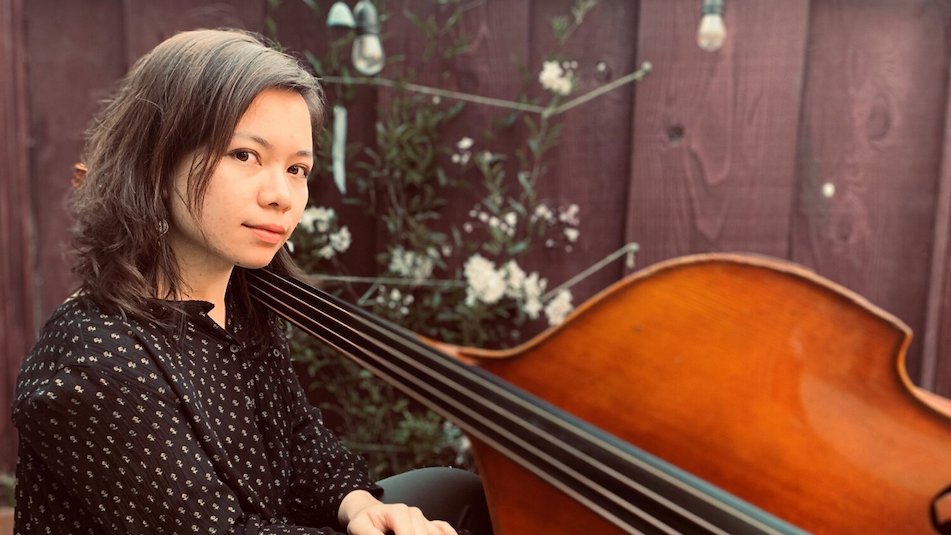 The Japanese-born, Monterey-raised bassist began on cello at 10, moving to bass at 12 and studies with Bay Area masters Bruce Forman, Vince Lateano, and the late John Shifflett. Now based in NYC, Mendenhall is working with young scene-makers Joel Ross, Sasha Berliner, and María Grand, along with the Christian McBride Big Band, Aaron Parks, and Kendrick Scott. She also participated in the 2020 NEA Jazz Masters Tribute Concert under the direction of drummer Terri Lyne Carrington, streamed by SFJAZZ. 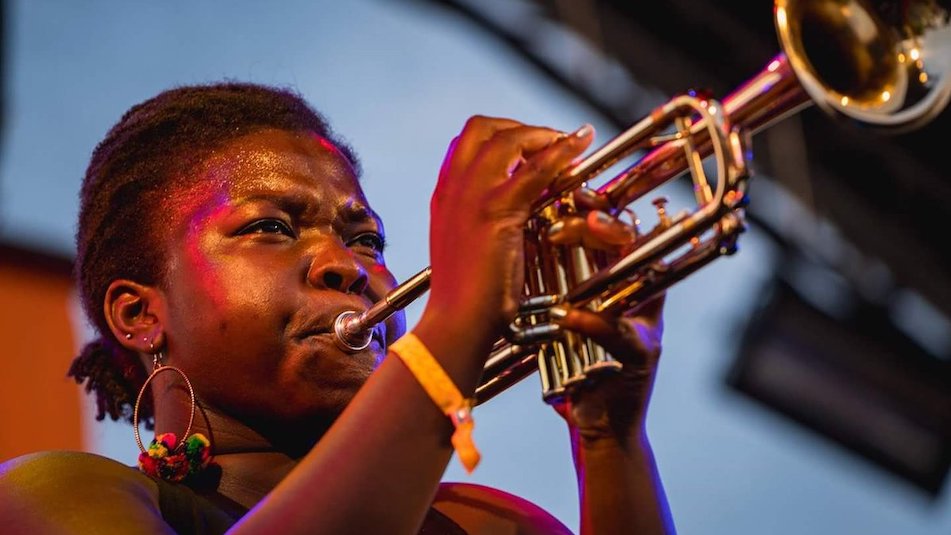 Weaving together her deep jazz influences and her West African heritage, the masterful trumpeter and Vauxhaull native is another major figure on the expansive London scene. Leader of the lauded Afrobeat ensemble KOKOROKO, which met worldwide fame as part of Gilles Peterson’s 2018 We Out Here compilation, Maurice-Grey also works in the jazz septet Nérija with breakout star Nubya Garcia, and the Mercury Award-nominated SEED Ensemble with saxophonist Cassie Kinoshi and Sons of Kemet’s Theon Cross. 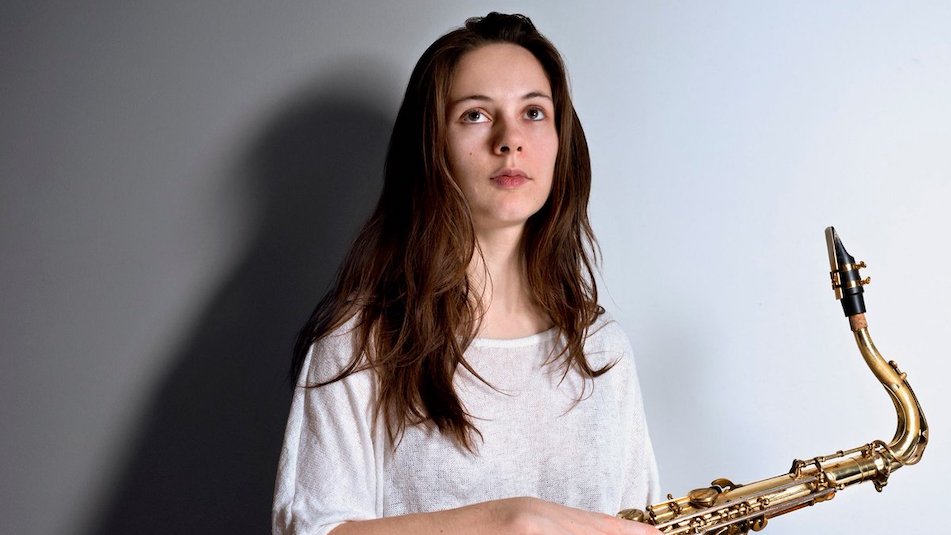 The Swiss-born tenor saxophonist has collaborated with Vijay Iyer, Craig Taborn, Mary Halvorson, Aaron Parks, Fabian Almazan, and Steve Lehman. She released her debut EP TetraWind in 2017, lauded by NYC Jazz Record as one of its “Best Debuts,” and her full-length album Magdalena was listed in Billboard’s “Critics Pick: 10 Best Jazz Albums of 2018.” She was voted Best New Artist in JazzTimes’ 2018 Extended Critics Poll and was 2019 artist-in-residence at the Brooklyn experimental music mecca Roulette. 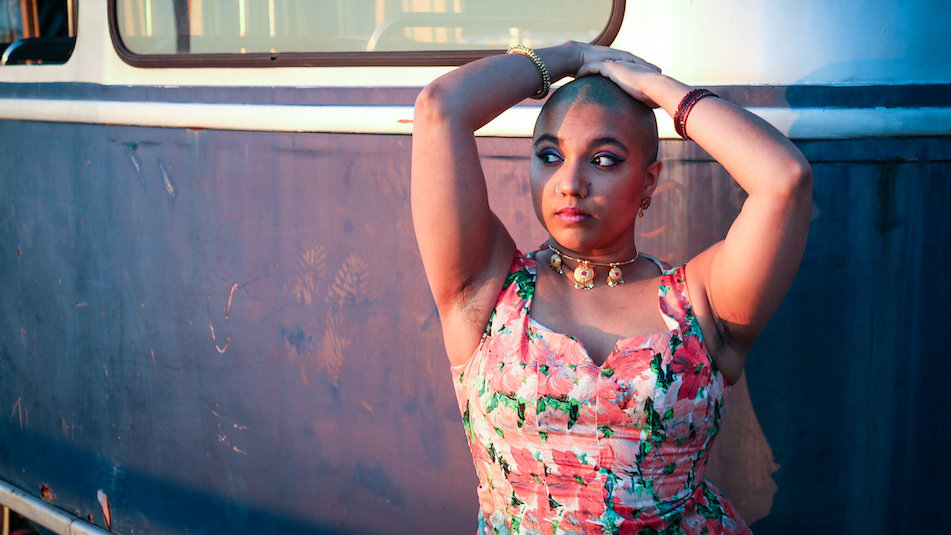 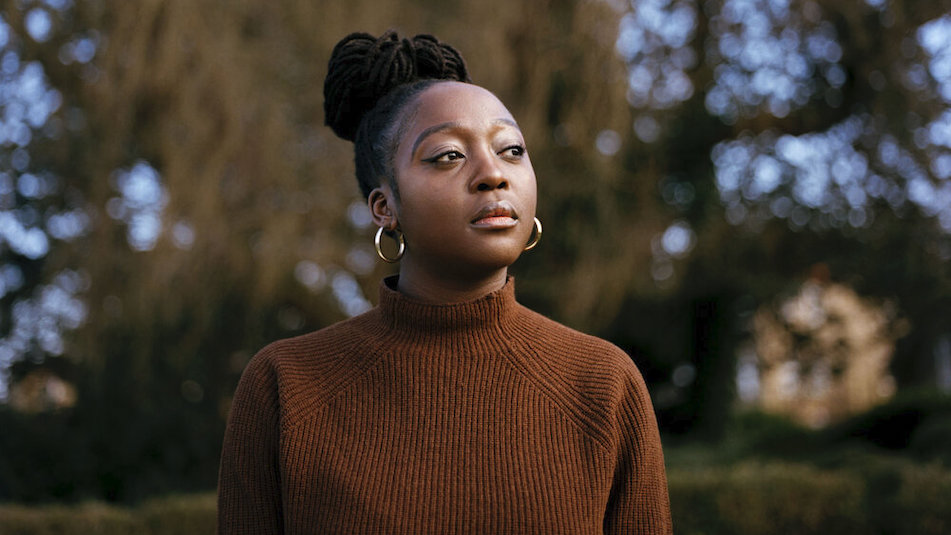 Alto saxophonist, composer, and leader of the Mercury Prize-nominated SEED Ensemble, Kinoshi works in the Afrobeat band KOKOROKO and the Nérija jazz septet, while composing for the National Theatre, Old Vic Theatre, and the London Symphony Orchestra. A Hertfordshire native, she was named Cameron Mackintosh Resident Composer with the Musical Theatre Network, and her SEED Ensemble was named Jazz FM’s Breakout Act of the Year and received a 2020 Album of the Year nomination.