SFJAZZ.org | A Look Back at John Coltrane & Johnny Hartman

A LOOK BACK AT
JOHN COLTRANE & JOHNNY HARTMAN 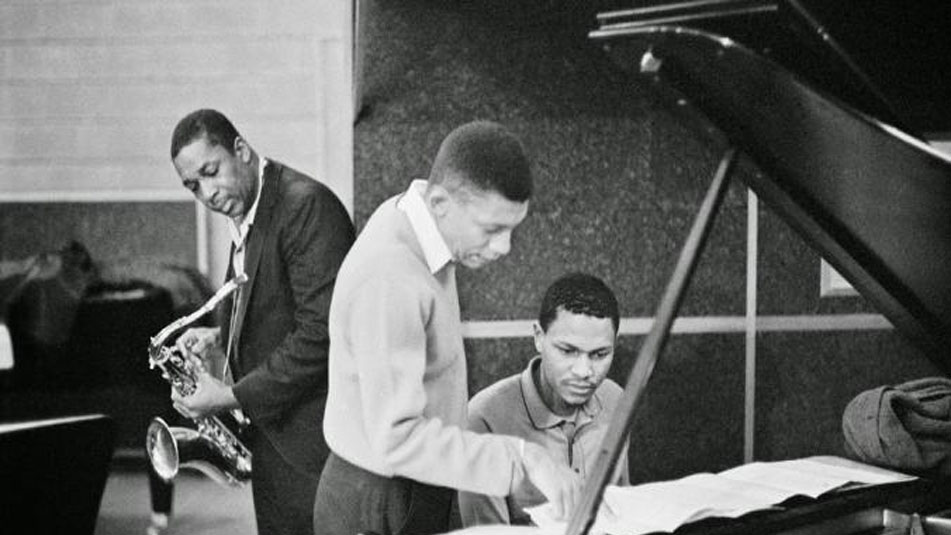 Few vocal jazz albums are as beloved and revisited, or as steeped in jazz folklore, as the classic 1963 collaboration between saxophonist John Coltrane and the rich-voiced balladeer Johnny Hartman. Coming a few months after Coltrane’s lauded collaboration with Duke Ellington and before the creative zenith he would achieve the following year, John Coltrane and Johnny Hartman was the only album Coltrane would make with a vocalist, and despite what on paper might seem to be a incongruous pairing of artists, stands as a uniquely harmonious and compelling partnership. Hartman himself was dubious when producer Bob Thiele approached him about working with Coltrane, but the singer attended a performance by the John Coltrane Quartet at Birdland, and was inspired to meet with the saxophonist after the last set and work out a list of songs. In his effusive liner notes, poet and author A.B. Spellman considered the album this way:

This record serves a double purpose: it brings back into the public ear one of the most neglected singers of the middle bop era and it proves in a novel-for them-way that John C. and his Thrilling Three are eloquent balladiers and very, very sensitive accompanists. I say novel for them because, to my knowledge, no singer has ever performed or recorded with the John Coltrane quartet. The quartet has been, till now, concerned with other things, with the development of a kinetic vernacular which facilitated the release of a kind of group energy that was deeper in content and fuller in emotional color than any music I have ever experienced, anywhere. 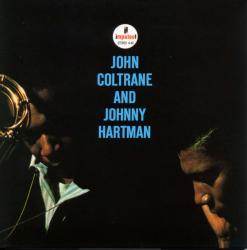 The song list consists exclusively of standards as befitting a singer of Hartman’s skills, and Coltrane’s quartet, including pianist McCoy Tyner, bassist Jimmy Garrison, and drummer Elvin Jones, navigates the more subtle shades of expression needed to bring chestnuts like Sammy Cahn’s “My One and Only Love” and Irving Berlin’s “They Say It’s Wonderful” to life without overpowering their delicate charms. Having just come off the ballad-heavy collaboration with Ellington and its follow-up release Ballads, they were certainly in practice to do so.

One of the highlights of the album, and perhaps Hartman’s career, is their take on Billy Strayhorn’s standard “Lush Life.” Interestingly, this perfect storm of artist, song, and interpretation – arguably one of the definitive versions ever committed to tape – only made the recording by happenstance. The story goes that on the way to Rudy Van Gelder’s New Jersey studio, Coltrane and Hartman heard Nat King Cole’s version of the tune on the car radio, and Hartman decided on the spot to include the song on the album.

Some aspects of John Coltrane and Johnny Hartman have been shrouded in mystery. Of the original 11 compositions considered, seven were actually recorded, but only six made the final cut. Their take on Mongo Santamaria’s “Afro Blue” was not included in any version of the album and has never been released. Controversy and conjecture have surrounded the recording of the tracks themselves, with Hartman asserting that every song on the album was a first take. For him they may have been, but the facts are unclear. In his notes to the 1995 CD reissue, renowned producer and discographer Michael Cuscuna states that Coltrane returned to the studio after the initial session to overdub saxophone parts onto “My One and Only Love,” “Lush Life” and “You Are Too Beautiful.” Initial pressings by Impulse! employed the original master without the overdubs, but later editions corrected this, leading to the mistaken theory that multiple takes exist. However, after listening to the master tapes in 2005, archivist Barry Kernfeld refuted Cuscuna’s and Hartman’s “first take” statements, documenting the existence of complete alternate takes for all six songs. These alternate takes have not been released to the public.

Though interest and enthusiasm for John Coltrane and Johnny Hartman has never truly abated, the recent release of singer Kurt Elling’s tribute album Dedicated to You has again drawn the attention of the jazz world.

In his summation, Spellman writes of Coltrane:

The man is a master, easily the most identifiable tenor player since Lester Young. A man who found his own voice and refined it to a point where he constantly finds new and more subtle areas of expression in it. Like Johnny Hartman.