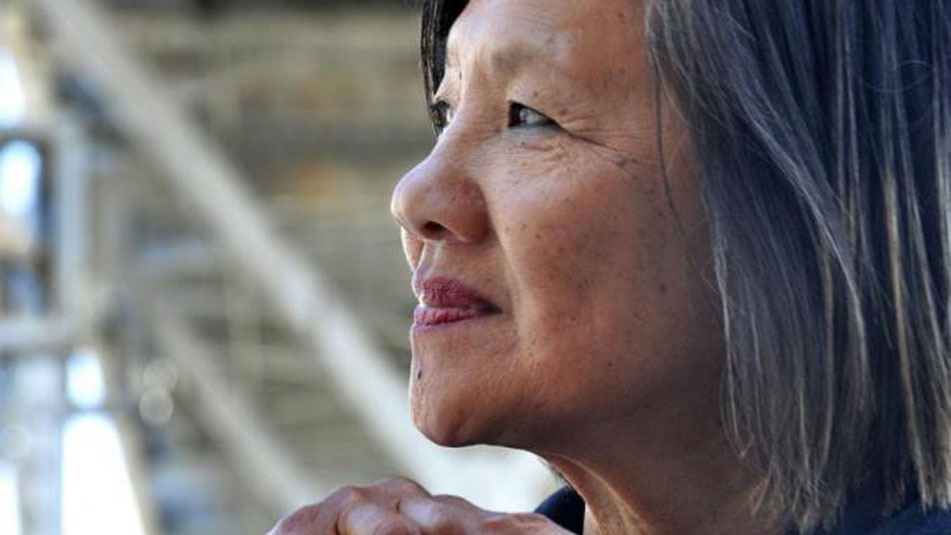 POETRY MATTERS more than ever! My vision as the new SFJAZZ Poet Laureate is to put music back into poetry and poetry back into music! Our earliest poetry was sung, chanted and rhymed as a way of remembering our genealogies, our oral histories, and our everyday trials, or "blues," if you will. Not until the advent of the Gutenberg printing press in 1440 was this oral tradition transformed into the dominant printed form that has prevailed to this day. As someone who was brought up in a home where the oral tradition was very strong, I naturally gravitated towards this idea that poetry was song. My mother, who never spoke English, was a repository of village chants and spells from Southern China, which sounded to me a lot like rural Black Southern blues. Many poor farmers and workers from the rural south sing or wail as an expression of their hopes and sorrows through extemporaneous ballads, often decrying the state of politics, such as war and corruption, which was often the source of their poverty and suffering. The blues is universal. 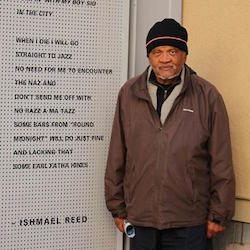 We seem to be returning to those roots today with the popularity of the hip-hop youth culture, which is greatly responsible for the comeback of the oral tradition, through rap and spoken word that addresses social conditions. Some see themselves as musicians who do poetry and others as poets who do music as poetry.

This year's lineup is in a class of its own. It includes some of the most powerful and dynamic voices in the Bay Area and country. We have San Francisco Poet Laureates past and present: Janice Mirikitani, Alejandro Murguia and Ishmael Reed – who was the former SFJAZZ Poet Laureate and lion of political satire and literature – along with Tennessee Reed, who is the managing editor of Konch magazine, secretary of PEN Oakland and author of seven poetry collections.
All perform on opening night, April 6, 2017. 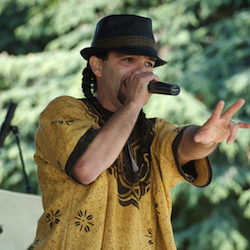 Rico Pabon, who's featured in PEACE MATTERS the following night, was born into a family of musicians. Performing from the age of 15, he has since released five albums. His songs have been placed in the television dramas, October Road and CSI: Miami. He is currently an emcee, poet and singer with two Bay Area GRAMMY-nominated artists, John Santos and Linda Tillery. He will be accompanied by guitarist and record producer Camilo Landau, who has performed with Ozomatli, Los Lobos and Stevie Wonder, to name a few. The evening includes Mo Sati, a Palestinian-American poet who was born in a refugee camp in Jordan. His spare and evocative poems about his homeland will be accompanied by oud player Claude Palmer. Poet Jennifer Barone, the host of the popular WordParty Poetry & Jazz Series, was a winner of the Public Library Poets Eleven contest for North Beach where she lives. She will be accompanied by Daniel Heffez, Musical Director for the Nova Jazz Quartet and house band for WordParty Poetry & Jazz Series. 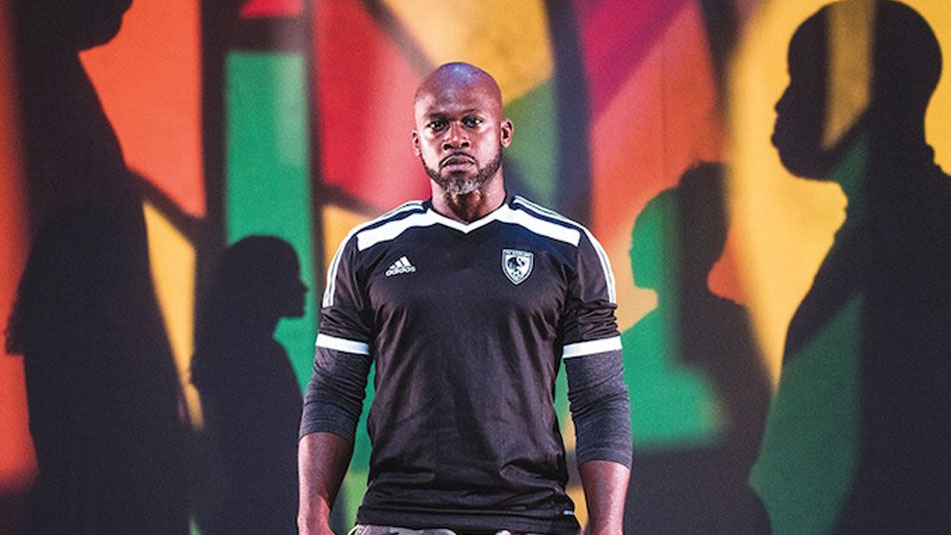 Poet, dancer and actor Marc Bamuthi Joseph is acclaimed for his poetically-informed works on stages including the Kennedy Center. A prodigious talent, he has been recognized as one of America's Top Young Innovators in the Arts and Sciences. He will be accompanied by guitarist-composer Paris King on the BLACK LIVES MATTER!  program, which also features poet-saxophonist Lewis Jordan, whose witty blues poetry has brought him to Europe and diverse interdisciplinary collaborations with dancers, painters, and actors. Avotcja, a popular DJ, poet and leader of "Avotcja & Modupue" – recognized by The Bay Area Blues Society's Jazz Group of the Year in 2005 and 2010 – will be accompanied by Carlos Reyes, an award-winning Paraguayan harpist and violinist who has played and recorded throughout Latin America and Cuba. 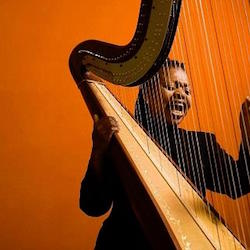 Closing the festival on Sunday, April 9, is former SF Poet Laureate devorah major and recording/performing artist Destiny Muhammad. Destiny is the principal harpist for the Eddie Gale Inner Peace Orchestra and Oakland Community Orchestra. On the same bill will be Anthony Brown and the Asian American Orchestra in their updated version of Max Roach's seminal classic, WE INSIST! Freedom Now Suite. The album, which Max recorded in 1960 in collaboration with Oscar Brown Jr. during the heat of the Civil Rights struggle, shows a lunch counter sit-in in Greensboro, North Carolina on its cover. It received little to no air play in its day, even though it's considered a work of genius today. Its striking relevance to what's happening today is sobering. Abbey Lincoln's raw, heart-wrenching wails cut to the bone with a monster band that included Coleman Hawkins, Booker Little and Julian Priester on horns, and Max on drumset with Babatunde Olatunji on African drums. 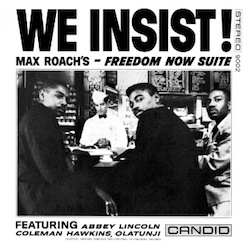 Anthony Brown's GRAMMY-nominated Asian American Orchestra features outstanding Bay Area musicians Masaru Koga, Mark Izu, Jasim Perales, Ian Carey, Frank Martin, and singers Amikaeyla Gaston and Regina Wells, who take on Abbey Lincoln's vocals. Interwoven with the music is my poetry text in what might be thought of as a dialogue with the past or a coming of full circle with our country's troubling legacy of unresolved racial tension and inequality.

POETRY MATTERS more now than ever. With poetry and the arts being made to justify their existence before the federal chopping block, freedom of expression is at stake and shouldn't be taken for granted. Poetry is a way to address social issues across generations and divides in a language that can better communicate across all borders – be it race, ethnicity, class, religion or gender – than political rhetoric. I'm thrilled to bring together some of the top poet-musicians right here in the Bay Area to perform something meaningful and heartfelt for you at SFJAZZ.