13 RISING WOMEN INSTRUMENTALISTS YOU SHOULD KNOW 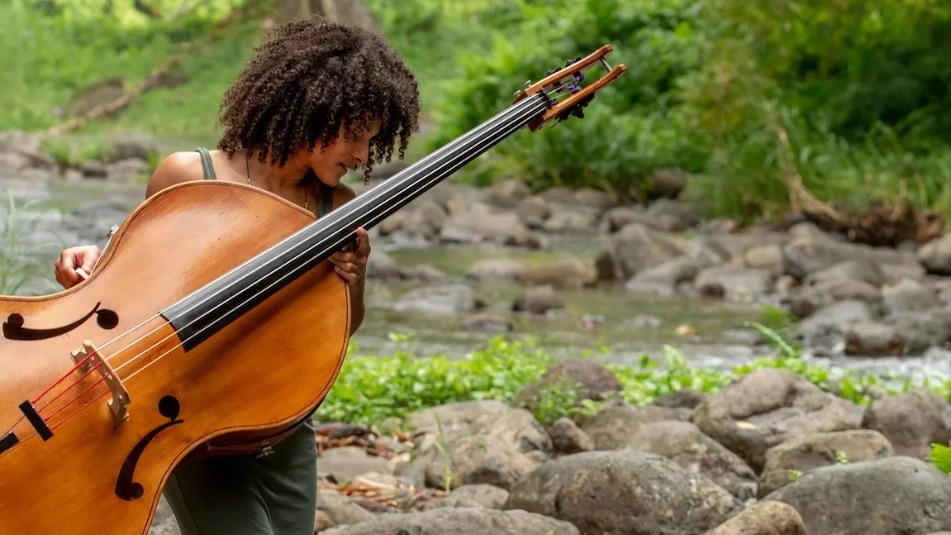 Some of our most popular blog posts have been our multiple Rising Women Instrumentalists lists posted in recognition of Women’s History Month over the last few years. Artists listed in previous years have included Yazz Ahmed, Aneesa Strings, Nubya Garcia, Sasha Berliner, Mary Halvorson, Jaime Branch, and Elena Pinderhughes, among many others, and those lists can be viewed here, here, and here.

We asked the SFJAZZ staff to share their favorites to create this year's list, which features a global group of inspiring women. As ever, this is by no means a definitive list, but highlights a tiny selection of the many incredible musicians making waves today. 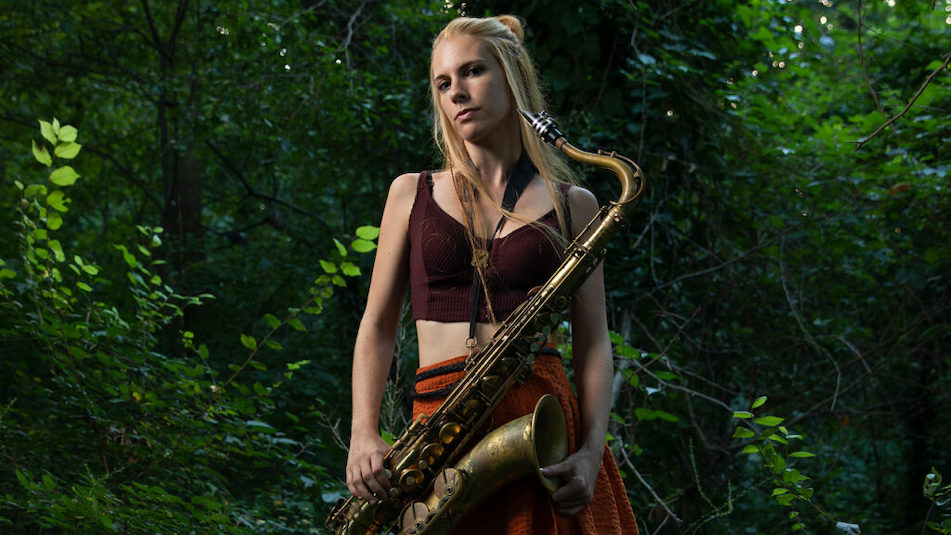 A native of Argentina, the tenor saxophonist earned a degree from the Manuel de Falla Conservatory and moved to New York in 2013 to continue her studies and immerse herself in the NYC jazz scene. She studied with Antonio Hart at Queens College and has performed with Jonathan Barber, David Berkman, Neal Miner, Paul Sikivie, and others. She recently signed to trumpeter and former SFJAZZ Collective member Dave Douglas’ Greenleaf Music label, releasing her debut album, JUMP, earlier this month.

Listen to the track "La Jungla" from her album JUMP in the playlist below. 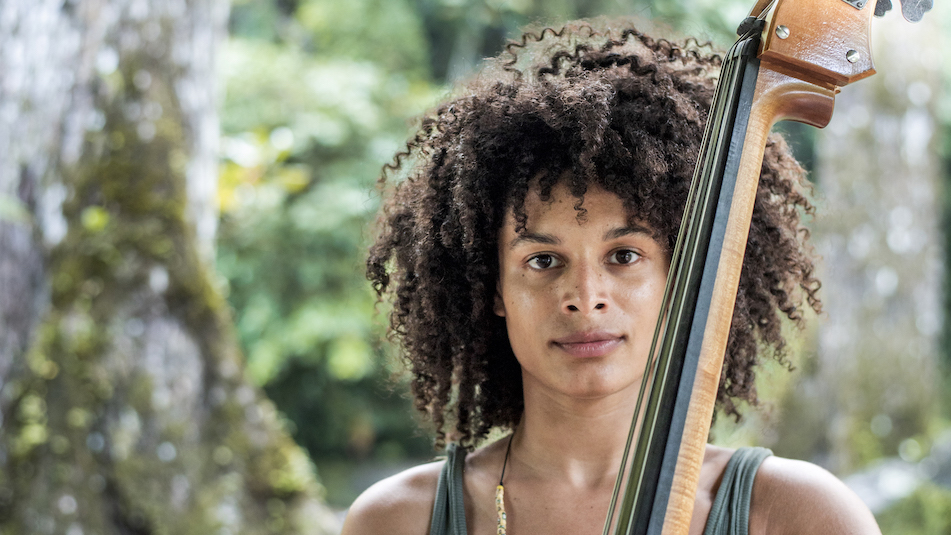 A superb bassist, vocalist, and composer based in Paris, Saint-Aimé was mentored by saxophonist Steve Coleman and bass luminaries Ron Carter and Lonnie Plaxico during her stint in New York before returning to France, releasing her exploratory, spiritually charged debut, Mare Undarum, in 2020. Her upcoming sophomore album on Komos Jazz, Potomitan, is a soaring septet recording steeped in the traditional sounds of her Martinique homeland, featuring a mix of European and Caribbean-born musicians.

Listen to the track "Arawak Uhuru" from her album Arawak Uhuru in the playlist below. 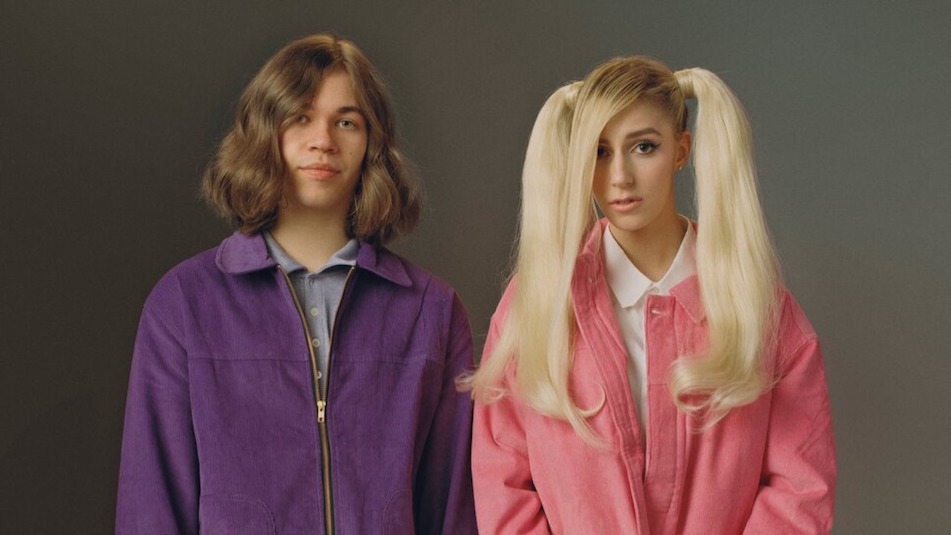 A phenomenal young pianist and composer hailing form Nancy, France, Degalle (known by the stage name DOMi) began on piano at age three and studied at the Conservatoire de Paris and Boston’s Berklee College of Music with a full Presidential Scholarship. She is currently half of a telepathic duo with drummer JD Beck, who have collaborated with Louis Cole, Thundercat, MonoNeon, Anderson .Paak, and members of The Roots and Snarky Puppy. The duo’s long-promised album will be released soon. 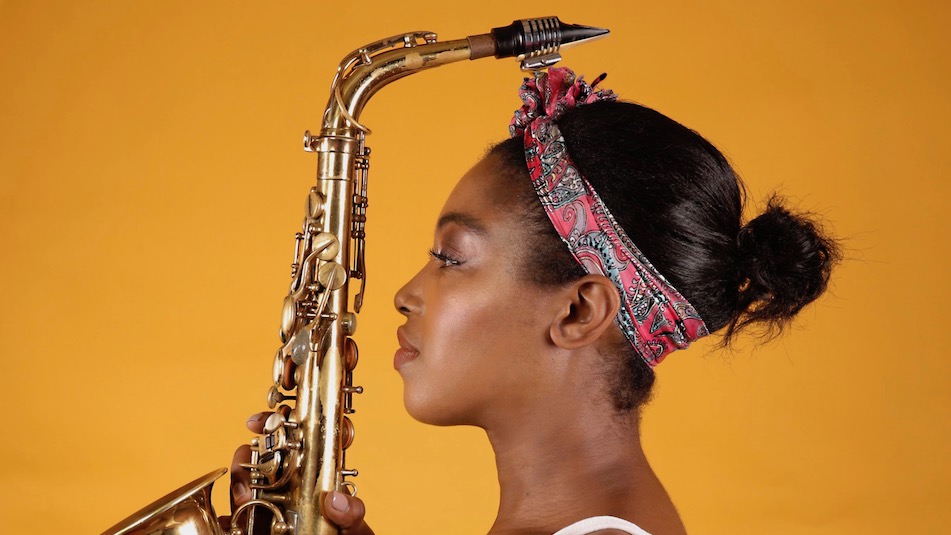 London-based Nigerian saxophonist Camilla George is one of the fixtures on the explosive British jazz scene, blending the traditions of her African heritage with jazz and hip-hop. A student of former Jazz Messenger Jean Toussaint, George has worked widely with Tomorrow’s Warriors, Jazz Jamaica, and Courtney Pine’s Venus Warriors, releasing her debut as a leader, ISANG, in 2016. Her 2018 follow-up, The People Could Fly, features guests Quentin Collins and guitarist Shirley Tetteh (see her profile below). 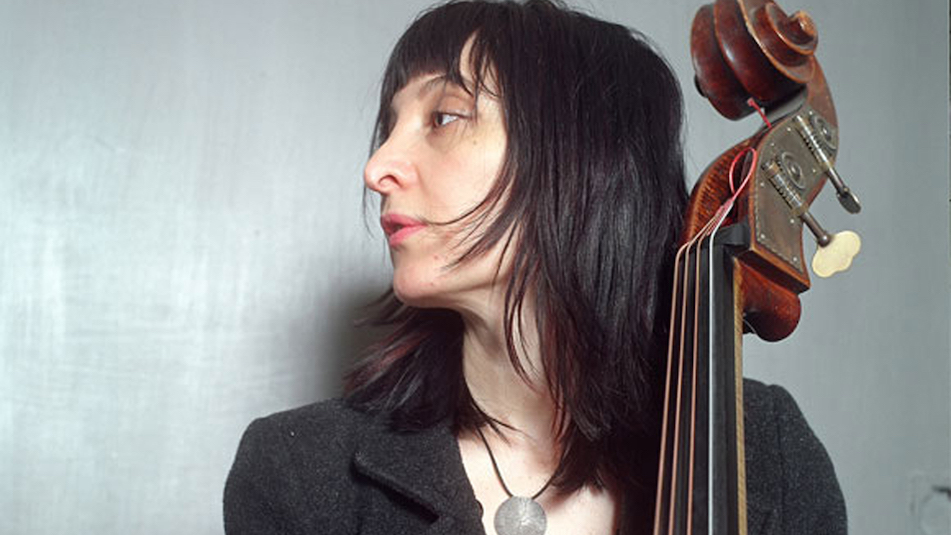 An artist known to SFJAZZ audiences through her numerous appearances, the Italian-born, Barcelona-based bassist and composer began her career as a classical musician but honed her jazz chops in New York City studying with Scott Colley and Ben Street. She’s worked with American masters Jason Lindner, Jeff Williams, Gerald Cleaver, and John McNeil, and recorded eight albums as a leader including her live 2015 Disc Medi release Live in San Francisco, recorded in the Joe Henderson Lab at SFJAZZ.

Listen to the track "Opening" from her album Live in San Francisco in the playlist below. 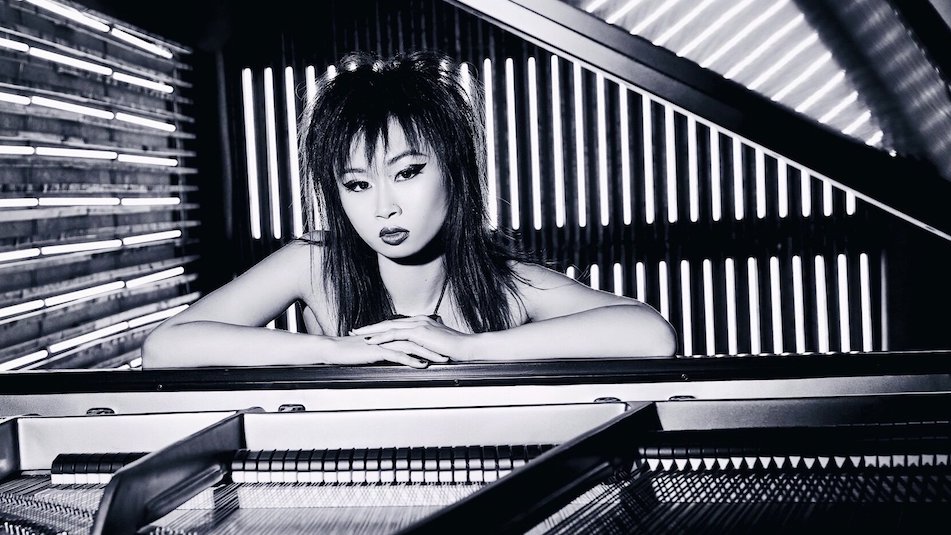 An alumnus of Los Angeles County High School for the Arts, the school that also gave Gerald Clayton and Gretchen Parlato their starts, Connie Han is one of the most exciting young pianists to appear on the scene in recent years. She released a startlingly mature debut album at age 19 with Connie Han Interprets the Richard Rodgers Songbook, and her newest, Iron Starlet, is a virtuosic quintet session featuring originals by Han and drummer Bill Wysaske along with material by Bobby Hutcherson and Herb Ellis.

Listen to the track "Iron Starlet" from her album Iron Starlet in the playlist below. 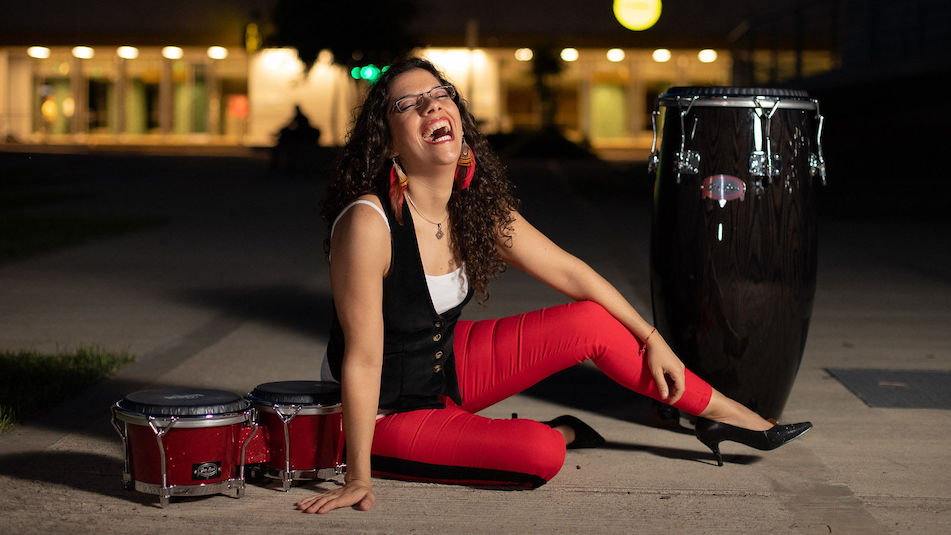 Buenos Aires-born percussionist and singer Carolina Cohen is a masterful young artist who has worked with a number of Latin jazz and Latin pop luminaries including Pedrito Martinez, former Los Van Van vocalist Mayito Rivera, Luis Salinas, Eva Ayllón, and Bomba de Tiempo. She leads the Caro Cohen Cuarteto and currently works with the trio De Tal Palo, Argentine guitarist Nahuel Pennisi, and others. Cohen is also an active educator, giving master classes throughout Latin America and across the U.S. 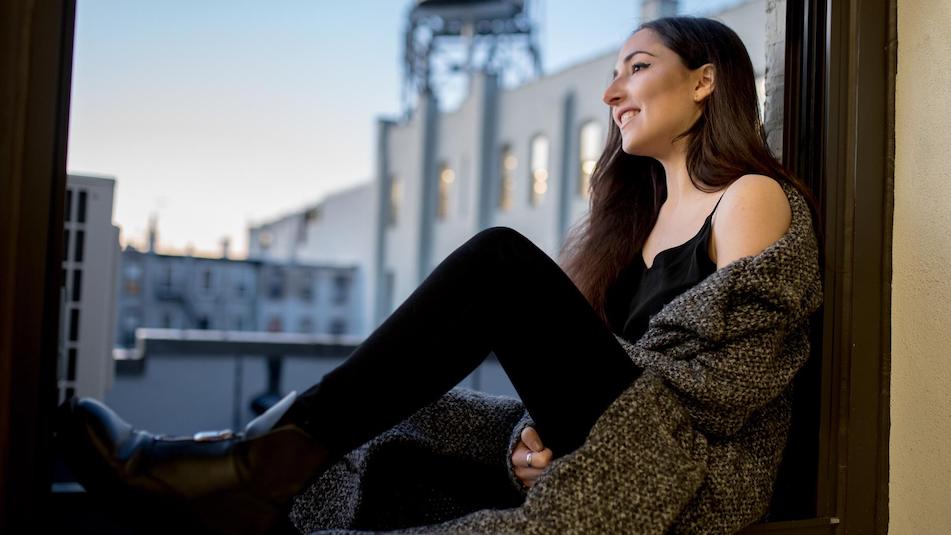 Pianist and singer Alina Engibaryan’s jazz roots go back to her childhood in Russia, where her grandfather was a renowned drummer. She won the 2015 Montreux Jazz Voice Competition and earned a degree in Big Band Arranging at Prince Claus Conservatoire in the Netherlands. She released her debut album in 2016, and has worked with Brad Mehldau, Chris Potter, Marcus Miller, and Kurt Rosenwinkel, among others. Snarky Puppy mastermind Michael League produced her newest GroundUP release, We Are.

Listen to the track "We Are" from her album We Are in the playlist below. 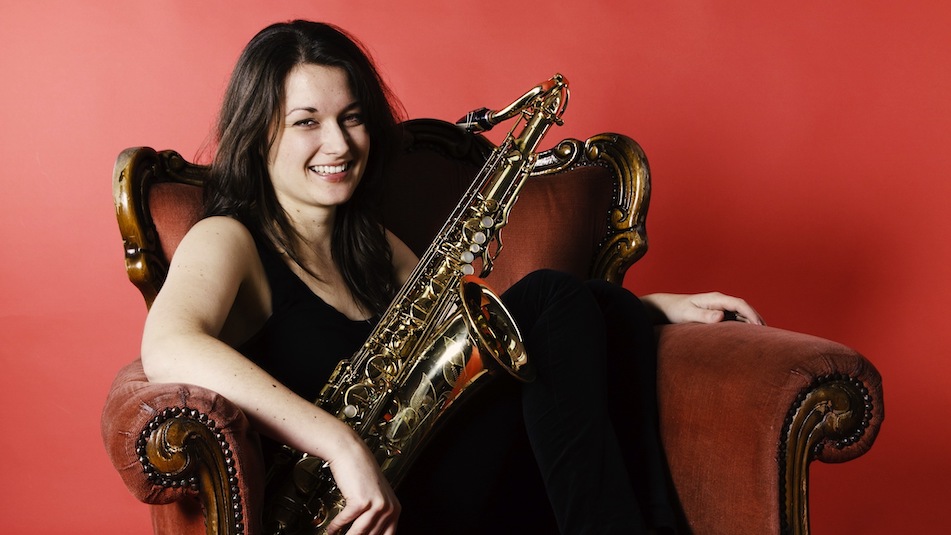 Saxophonist and composer Trish Clowes is a major talent on the British jazz scene. In demand as both a jazz and classical musician, Clowes has recorded with the London Symphony Orchestra and the BBC Concert Orchestra and won the British Composer Award in 2015. She released her debut in 2010, has recorded seven albums as a leader, and founded the innovative cross-genre Emulsion Festival. Her new Greenleaf Music release with her quartet My Iris, A View with a Room, will be released in April.

Listen to the track "I Can't Find My Other Brush" from her album My Iris in the playlist below. 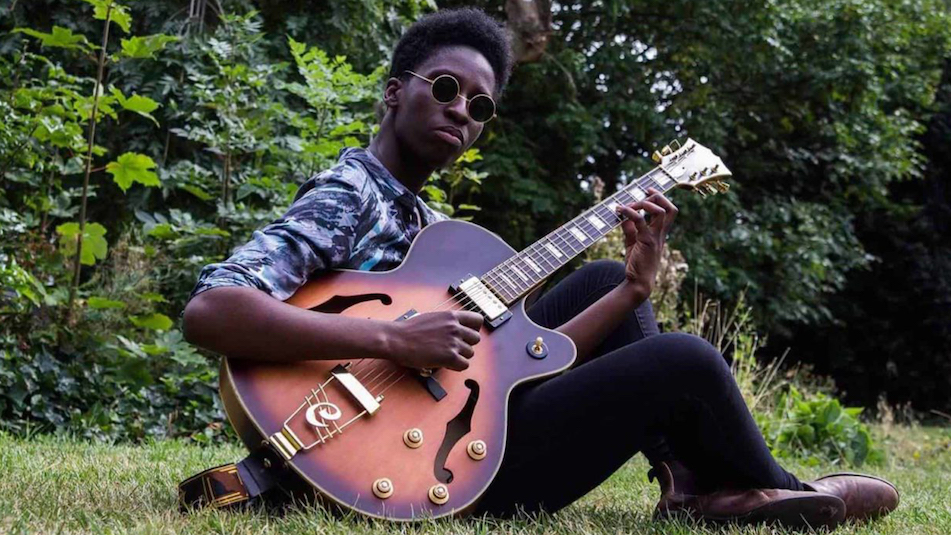 “One of the UK’s most exciting new guitarists” (Guitar World), Shirley Tetteh began her jazz journey with London’s innovative Tomorrow’s Warriors artist development organization that guided Shabaka Hutchings, Soweto Kinch, and Yazz Ahmed. She is co-founder of the female collective Nérija and a member of Cassie Kinoshi’s SEED Ensemble and the big band Maisha. She won the Parliamentary Jazz Award for Best Newcomer in 2018 and has released a 2019 EP under the name Nardeydey.

Listen to the track "Slippin" from her self-titled Nardeydey album in the playlist below. 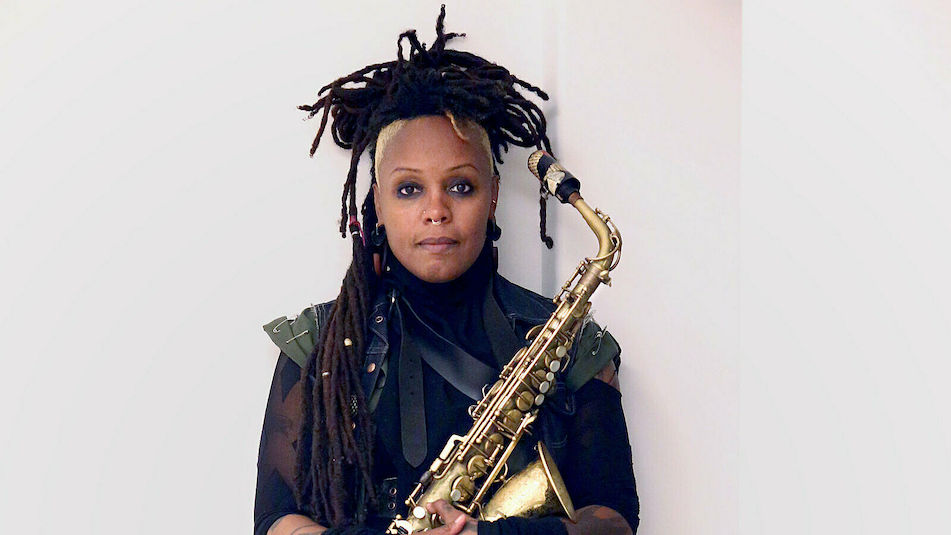 Chicago-born saxophonist and composer Matana Roberts is a sound experimentalist and visual artist who was a member of the Association for the Advancement of Creative Musicians (AACM) before moving to New York. She’s won DownBeat Critics Polls for saxophone and clarinet and a 2016 Doris Duke Impact Award, led nine albums, and is the composer of the Con Coin project, a multi-chapter musical work-in-progress exploring themes of history and ancestry. She’s worked with Burnt Sugar and Deerhoof.

Listen to the track "Amma Jerusalem School" from her album Coin Coin Chapter Two: Mississippi Moonchile in the playlist below. 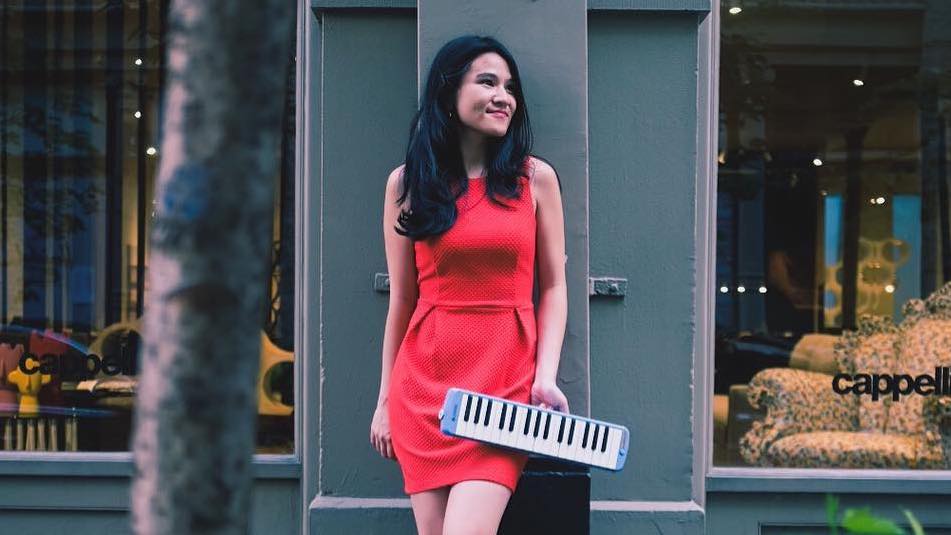 The pianist and composer was born in Indonesia and spent much of her early life in Australia, performing widely on the festival circuit before making the move to New York for Masters work at NYU. She has studied with Alan Broadbent, Kevin Hays, and Peter Bernstein and performed steadily around NYC, released three albums of original compositions with a host of major musicians including Drew Gress, Alan Ferber, Rodney Green, and Ulysses Owens Jr.