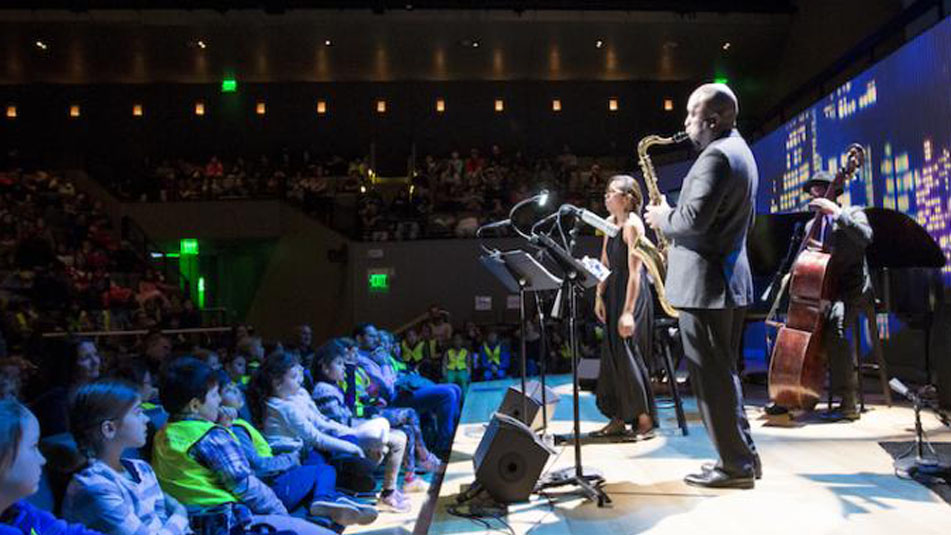 We look back at this exciting performance and education project that celebrated the legacy of Harriet Tubman and the Underground Railroad for Black History Month, featuring Marcus Shelby.

In honor of Black History Month, SFJAZZ Education’s School Day Concert program presented award-winning bassist and bandleader Marcus Shelby and his Quintet on February 8, 2017. Shelby curated an interactive look at a rich tapestry of songs celebrating Harriet Tubman and the Underground Railroad. Over 800 students representing 11 schools across the Bay Area attended in SFJAZZ's Miner Auditorium, while over 470 students from schools across California engaged digitally from their school sites thanks to California’s Research & Education Network (CENIC). 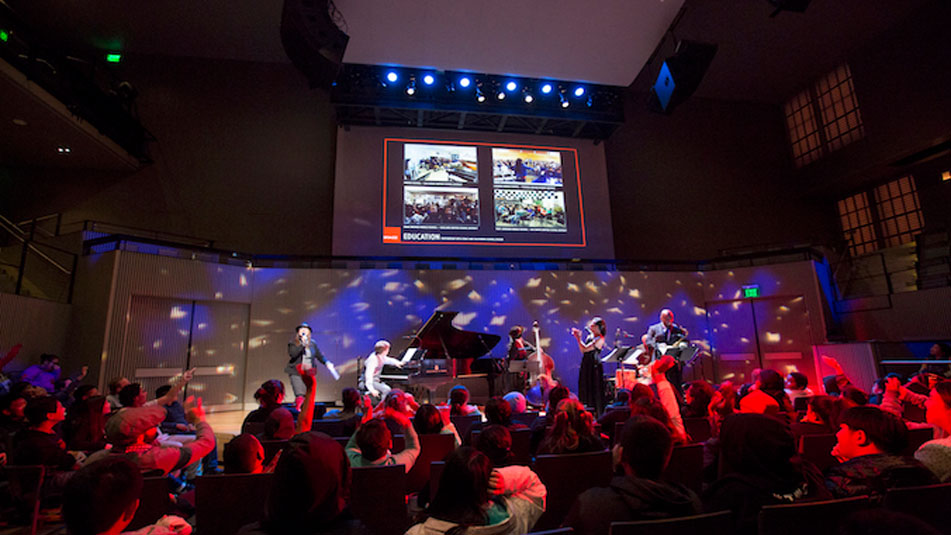 The Underground Railroad was the first regional network designed to support the emancipation of a disenfranchised community in the United States. Extending this application by way of developing educational and cultural nodes for collaboration, CENIC provides a framework for a "virtual" Underground Railroad. Inclusive of and focusing on the under-resourced populations across California, SFJAZZ embraces the opportunity to collaborate with California Public Schools and Libraries and share America’s indigenous art form – jazz. CENIC confronts the digital divide in support of global literacy, not unlike the role of the Underground Railroad in establishing a networked path to freedom. 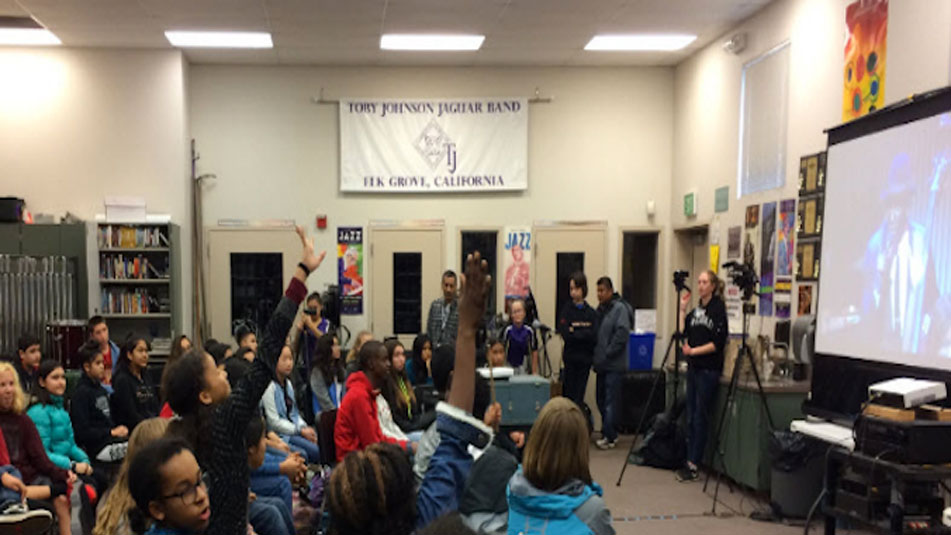 “I am thrilled that our students were able to ‘attend’ a professional, live jazz workshop/American history lesson – without having to pay for transportation costs to San Francisco or missing an entire day of instruction! The fact that it was a rainy, windy day made the option of joining from our cozy band room even more appealing.”

The Auditorium audience exchanged call and response roles with students streaming in. As students sang along to the music inspired by activist and freedom fighter Harriet Tubman, featured vocalist Tiffany Austin led us across the American history Tubman carved. Shelby explained how the music was used as a strong vehicle of communication, and how spirituals, as well as other forms of music during the era leading up to Emancipation contained secret codes that helped enslaved African Americans seek their freedom. 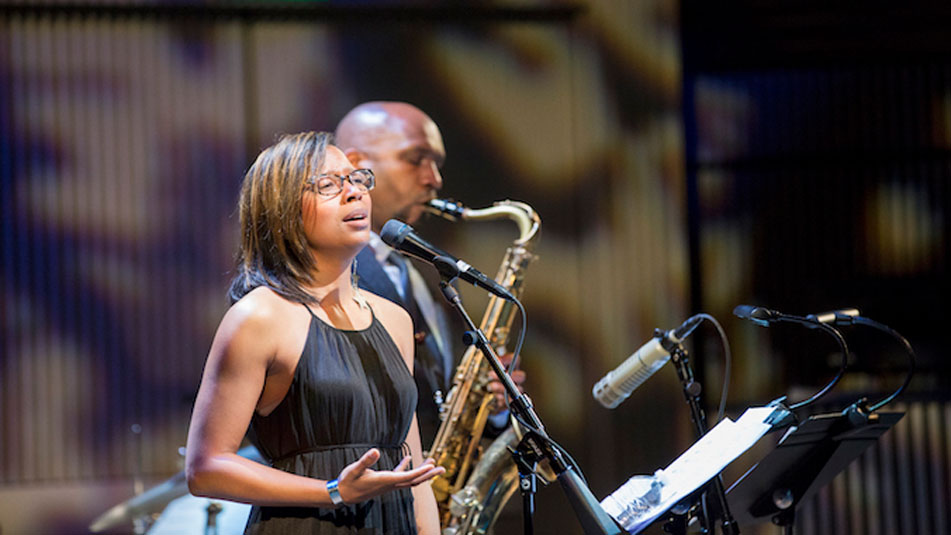 “The materials and links you sent along have already been put into use in classrooms and teachers are thrilled for resources to crossover in history and other subjects the students will study.”

“The Sounds of Freedom School Day Concert was a remarkable event, and a wonderful example of using technology to bring rich, interactive learning experiences directly into the classroom.”

Click for more information about this unique concert and education project.